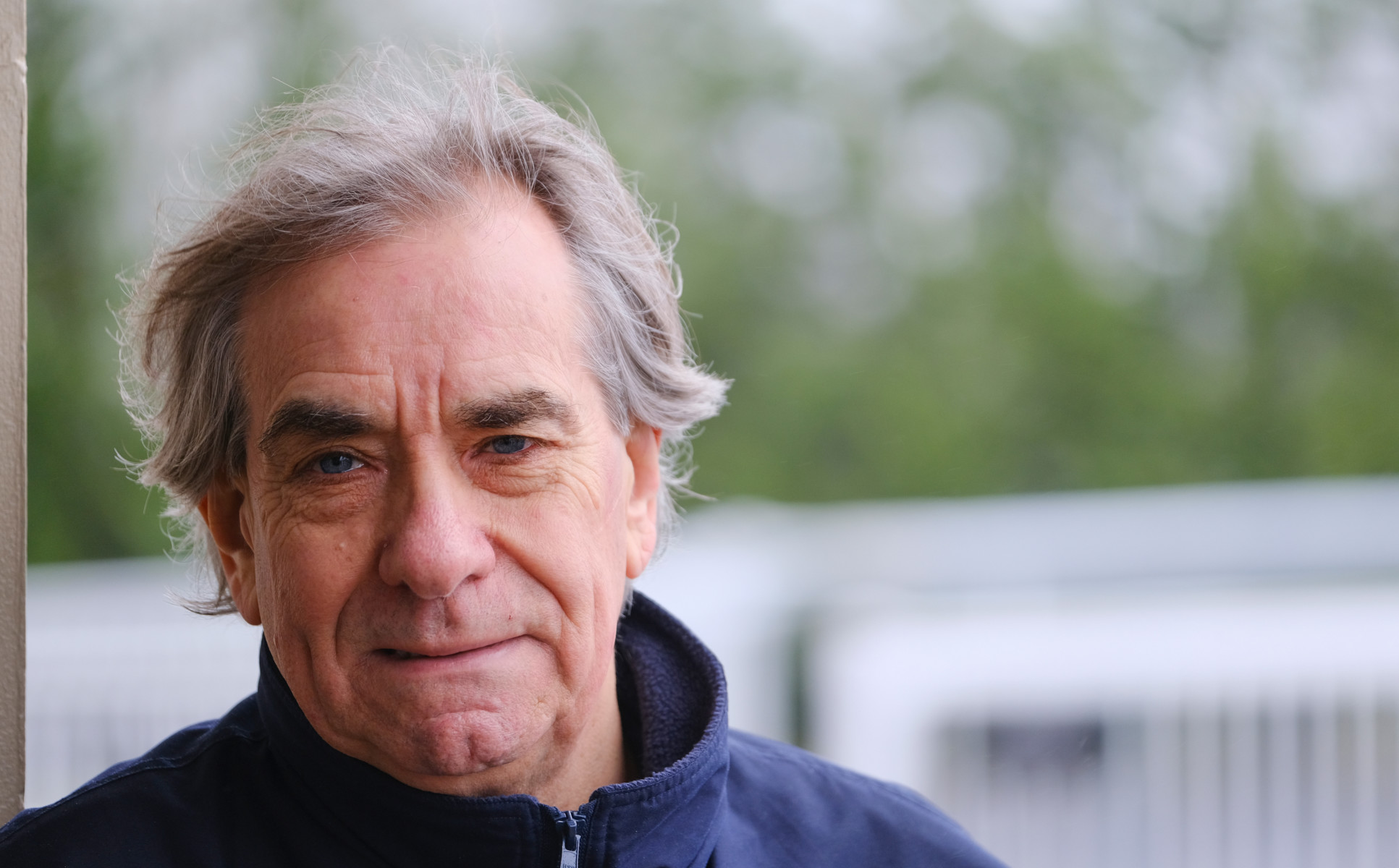 RACECOURSES are full of larger than life characters.

There has never been anyone quite like Tracksuit Dave though.

Decked out in SportsDirect’s finest, Dave’s got a wide-awake smile, machine gun line in patter and more mates than a lottery winner.

But life wasn’t always a bowl of cherries for this punting cheeky chappie.

He said: “I’m a South London boy – born in Streatham. At nine-weeks old I contracted osteomyelitis. That’s a disease which affects the long bones in your body.

“I nearly died – they read me the last rites – and had to spend the first five or six years of my life in hospital.

“As a result my right leg was four and a half inches shorter than the left. So the surgeons whacked metal rods in to try and stretch it out.

“I was stuck in Chailey House Hospital in Sussex and vividly remember a nurse arriving every dinner time to turn an alum key that was fitted to those rods.

“I was in constant pain, but they managed to stretch the leg by two and a half inches in the end. I had to be fitted with leg callipers. That made life difficult and I was bullied at school.

“The only way I could get the bullies back was to wait until they were in the loos and kick `em up the backside with me callipers!

“The teachers weren’t having that and I ended up being sent to a school for physically handicapped kids. I was always running away from there and the Police would come and find me on Tooting Bec Common!”

It wasn’t long before racing, football and betting came to Tracksuit’s rescue.

He continued: “My dad was a demolition lorry driver. When I was a kid he’d take me out in the truck with him. He’d stop and have a bet in the bookies and if the horse won he’d nip in a toy shop on Streatham High Road and buy me a little bag of footballs.

“Anyway, the shopkeeper realised I was football mad and asked if I’d like to go to watch Chelsea with him and his son. My dad had bought enough balls to buy the shop by then, so the geezer owed us a favour!

“I went – it was against Wolves – and Peter Osgood scored. That was me hooked on Chelsea. And Peter Osgood is still the King of Stamford Bridge in my eyes!

“I started to get interested in racing because of dad’s betting and the 1967 Grand National. He read something in The Sun saying a trainer thought his horse would win the National because he jumped like a cat.

“At that time Chelsea’s goalkeeper was Peter Bonetti and his nickname was `The Cat’. I asked dad to back it for me. He had a shilling each-way on the horse who was called Foinavon and it won at 100-1.

“I fell in love with the game then and have been skint ever since!” 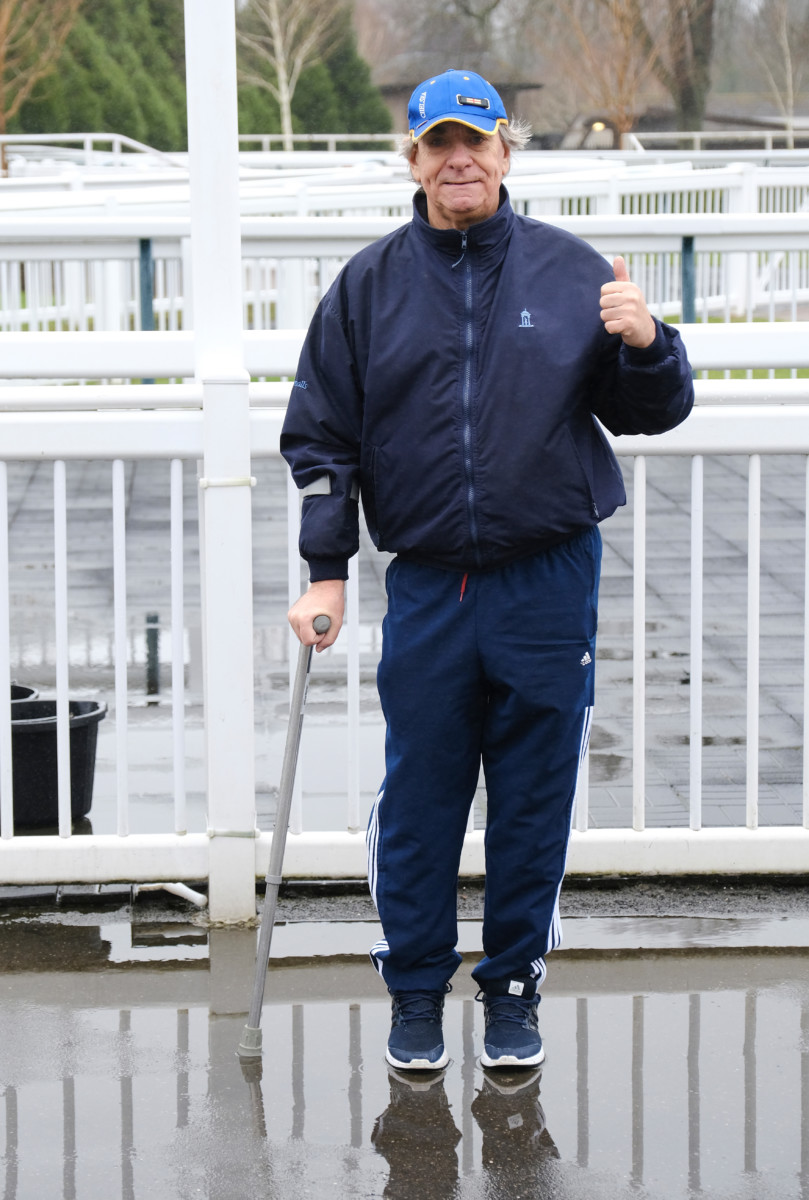 Dave’s mobility issues made it difficult to find steady employment. But he was dynamite with a pool cue – good enough to win the Watney Truman Open and finish runner-up in the World Amateur Championships – and earned a crust hustling round the pubs.

That gave Tracksuit some punting wedge and he had a proper tickle with a smart hurdler back in the mid-90s.

Tracksuit joked: “My then girlfriend had a pub in Kent where I would sit at the end of the bar and
entertain the punters. Not a bad job!

“Then in the autumn of 1996 I got a call from Alfie Walls and his son Chris asking if we fancied taking a half-share in a horse called Doctoor.

“Now the horse hadn’t run since 1994 but he was trained by the genius Martin Pipe. I used that line to convince my girlfriend and she said yes. So, there we are owning a horse with the champion trainer.

“He had a jog round at Chepstow then Martin Pipe rang Alfie Walls and said he wouldn’t come off the bridle at Sandown the next time he ran.

“I explained what that meant to my missus and told her I was having £2,000 on. That was a lot of money back then.

“She said she wanted to back it too. I was expecting her to have £20 but she wanted £500 which frightened the life out of me.

“I thought, if this gets beat I’ll lose me money, missus and home!

“She had to stay behind to run the pub but I went to the races and tried to get £2,500 on at 13-8. No-one would take the bet but one of the bookies pointed to a fella and said he’ll accommodate you.

“I went up and asked if he’d do business. He looked down and in a gravelly voice said `no problem son’.

“Anyway, Martin Pipe was right and the horse won on the bridle. So I go to collect the money and the bookie growls `well done son’ and gives me my £2,500 back. I’m wondering where me winnings are when he starts writing a cheque out for the rest.

“I’m thinking the worst by now, so ask one of the other bookies if the fella’s cheque is kosher. He said `don’t be dopey mate, that’s John Banks’. He was an absolute legend of a bookie, but I knew nothing at the time.

“Doctoor ended up with breathing problems and running in a claimer at Wolverhampton. Martin Pipe said he only had a Paul Nicholls horse to beat so I came up with a cunning plan. Boom, big mistake!

“I rang Paul Nicholls and told him if he ran his horse I’d claim it. He said `good, it’ll win and you can have it!’

“I ended up having a monkey our ours, Tony McCoy gave him a blinding ride and he won. That was the end of me owning horses. But I lived the dream and loved every minute of it.”

The game has turned inside-out since then and Tracksuit reckons the information at hand nowadays gives shrewd punters an edge.

“There was no Racing TV or Sky Sports when I started. Now you can look at as many replays as you like and that’s given punters a big chance.

“I go through all the decs when they come out and watch as much racing as I can. I’m a very good judge of how well a horse can quicken and can always spot a dodge-pot.

“I’ve never been a paddock judge – a pantomime horse could walk in and I wouldn’t notice – and wouldn’t really be a stats man. But Cheltenham is a different ball game. Trends are a big factor there.

“You’ve got to look at how horses are prepared for these big races. There are patterns and you’ve got to know them.”

So here is Tracksuit’s advice if you fancy a Festival flutter.

“The meeting has got to be fun so by all means have a silly little yankee. And if you take a shine to something at a price have your fiver or tenner each-way.

“But if you want to make proper money, club together with a couple of pals and do a few perms on the placepot. Get lucky and you might turn a tenner into a grand.

“And if you get behind the eight-ball just back Champ in the RSA on Wednesday. He’s my NAP of the meeting.

“In my opinion the horse is a future Gold Cup winner and with a clear round I can’t see anything to beat him.”