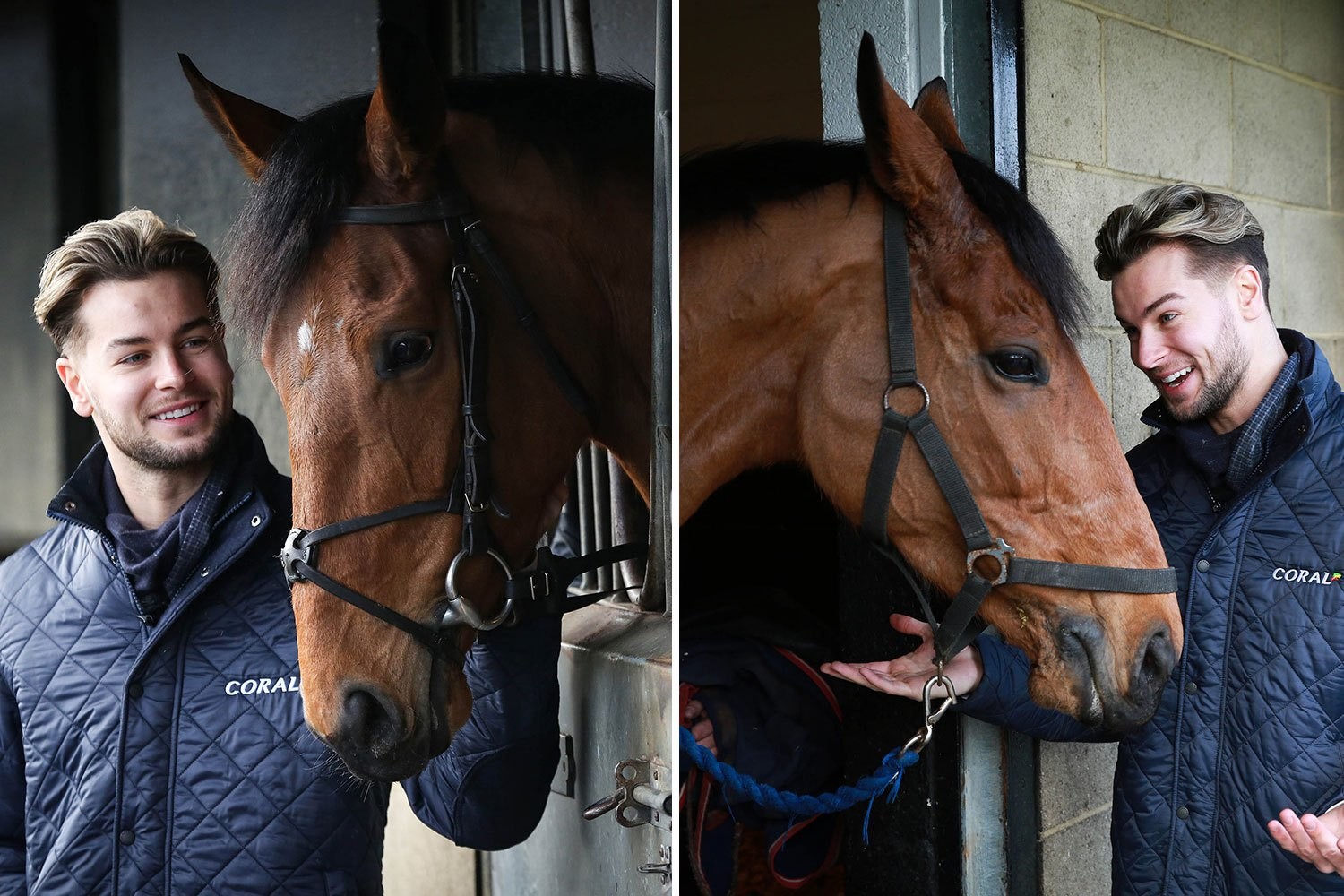 LOVE ISLAND star Chris Hughes faces an anxious week as the racehorse he is “in love with” runs at Cheltenham.

Hughes, 27, has formed a close and emotional bond with Annie Mc, regularly riding her on the gallops.

And he will watch on nervously as she takes part in the Grade 1 Marsh Novices Chase at the Cheltenham Festival on Thursday.

The Coral’s Champions Club ambassador often declares his love for the horse on his social media channels.

Last year Chris shared a video of his girlfriend, Little Mix’s Jesy Nelson, with Annie Mc and followers of his social media accounts can’t fail to have noticed his building excitement ahead of this year’s Festival.

Annie Mc is owned by the Coral Champions Club, a free-to-join racing club for Coral customers.

Hughes – who was rushed to A&E on Sunday night – said: “I fell in love with Annie Mc the first time I saw her when she arrived at Jonjo O’Neill’s yard two years ago, and riding her on the gallops is the best feeling ever.

“I’m a bag of nerves whenever she runs, and I get really emotional every time she wins.

This could be my proudest thing I’ve filmed. Great film put together by the @Coral guys, looking back on the amazing journey Annie Mc has taken us on, & looking forward to her date with destiny at Cheltenham on Thursday. The full version is here below; https://t.co/6ONUU8aSCn pic.twitter.com/pTn8nPHO6g

“I’m so proud of what she’s achieved this season and I think she has a serious chance of surprising everyone at Cheltenham.

“She jumps like a stag and her jockey Jonjo O’Neill Jnr rides her brilliantly.”

Trained by Jonjo O’Neill, Annie Mc has won her last three races over fences, earning her the right to test herself against the very best horses this week.

Coral PR Director, Simon Clare, said “Chris has been Annie Mc’s No1 fan since day one, before she’d ever run, and his faith in her ability has been unwavering.

“He always said she was a superstar and he’s been proved right, as she is now heading to the biggest race meeting of them all, the Cheltenham Festival.”

Hughes is no doubt used to the muck of the stables with his father Paul a farmer.

But he ditched the wellies for the flip flops as he appeared on Love Island in 2017, propelling his modelling and TV career.

Since then, he has released a song with pal Kem Cetinay and presented horse racing coverage for ITV, including the Cheltenham Festival itself.