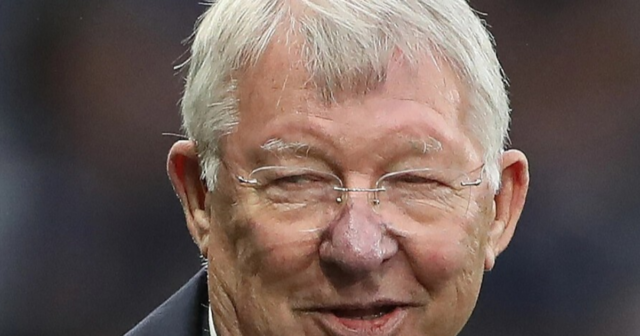 With Ole Gunnar Solskjaer seemingly on the brink of being axed and the side still reeling from the 5-0 loss to Liverpool, things are looking bleak at Old Trafford.

Man Utd legend Fergie could be in line for a £90,000 winner at Cheltenham

Just as well, then, that Fergie’s other sport is kicking into gear at the right time.

And especially now bookies have installed his horse as the favourite to win £90,000 at Cheltenham.

Protektorat, trained by Dan Skelton, heads the market at 7-1 for the prestigious Paddy Power Gold Cup on November 13.

Fergie owns the six-year-old – who runs in red silks – with friends Ged Mason and daddy and daughter duo John and Lisa Hales.

John told Paddy Power that he thinks Protektorat, who has won four of his 14 races and capped off last season with victory at Aintree, has a brilliant chance.

Fergie – who has been back at United’s training ground – should think so too, given the horse was part of his mega £169,000 treble at the Merseyside track last April.

Hales said: “It was an excellent performance at Aintree and fingers crossed I genuinely think this is a very good horse.

“He’s had a few niggling problems, but he was fit that day and produced a lovely performance.

“The Paddy Power Gold Cup is the early season target and this race was always the plan over the summer after that performance.

“He has matured very well in the summer, grown up physically and developed very well and this was the logical target to go for.

“I think he is a typical French-bred and likes a bit of cut in the ground.

“The softer side of good – it doesn’t matter to him.”

And it seems victory here could be the start of a path to the Cheltenham Festival next March.

Hales added: “I would normally have something in mind but he likes to go left-handed rather than right-handed.

“If he produced a top performance, I’d say the King George but he won’t be going for that as he doesn’t like going right-handed so that’s a non-starter and we’ll have to talk to Dan.

“Possibly the Ryanair Chase could be an option later.

“He’s an improving horse and at this stage we’ll keep all opportunities open and see how he’s running.

“I’m very confident in this horse and hopefully if he keeps fit, the Ryanair could be one of many options at Cheltenham or Aintree.”

Did you miss our previous article…
https://www.sportingexcitement.com/horse-racing/jockey-matt-griffiths-stable-after-fatal-car-crash-but-doctors-unsure-of-long-term-prognosis