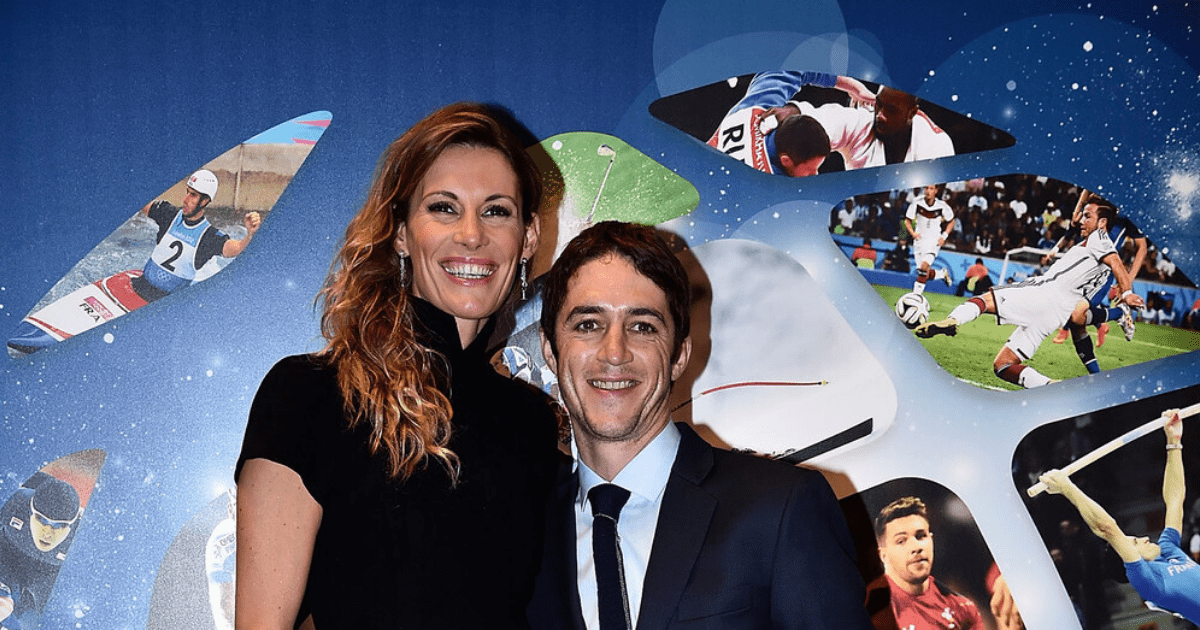 JOCKEY Christophe Soumillon is the big-time rider married to a former Miss France – who has seen his career tarnished by a shocking mid-race incident.

Soumillon, who is married to Sophie Thalmann, landed a £96,000 winner on Saturday – the day after he pushed Rossa Ryan out of the saddle during a race.

The jockey is married to stunning beauty queen Sophie Thalmann 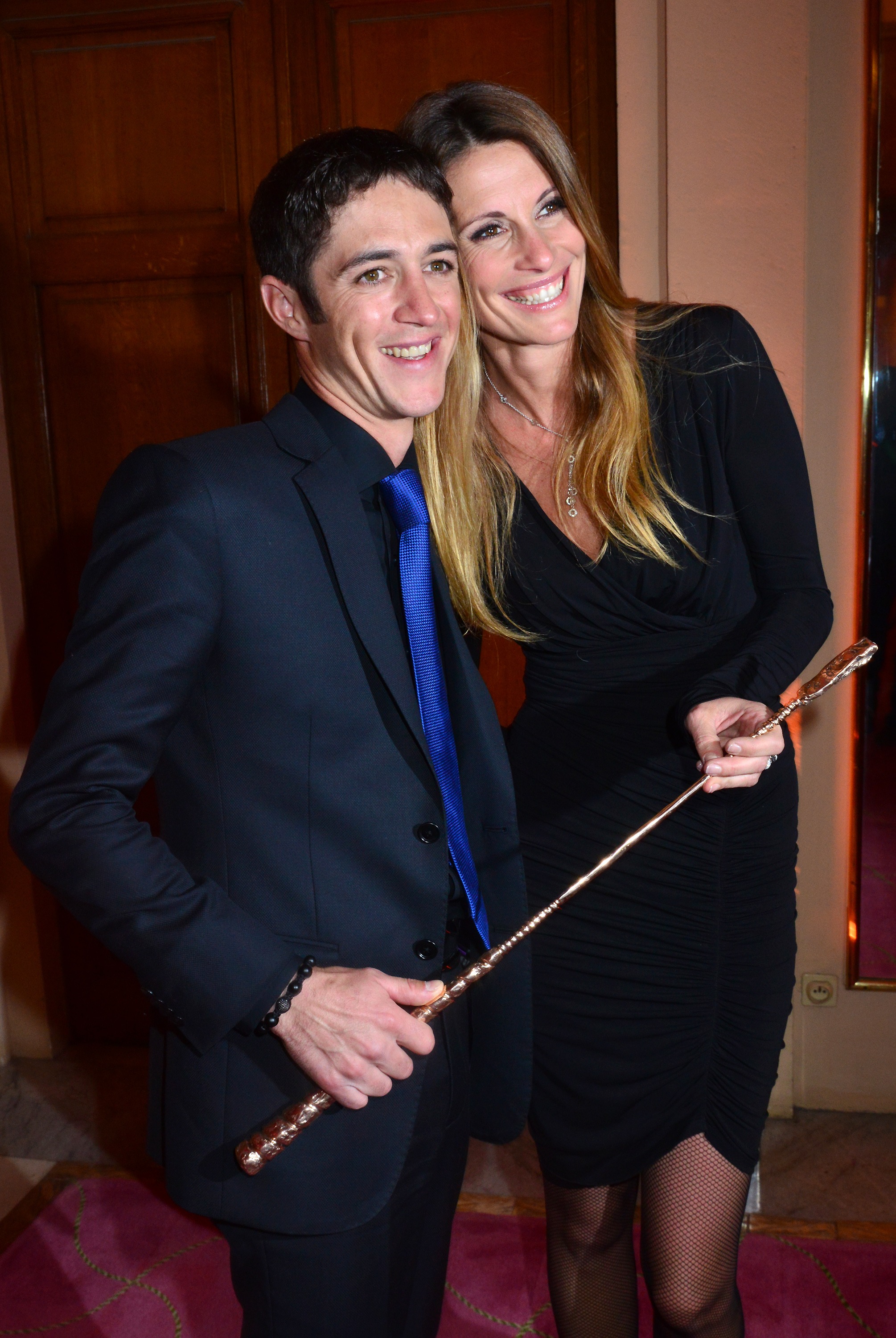 His future as a retained rider for the Aga Khan is now up in the air.

And furious owners have demanded he stand down from today’s £4.2million Arc de Triomphe.

The contest is dubbed the ‘world’s best race’ – and Soumillon rides one of the hot fancies in the form of Vadeni.

Soumillon was on the Aga Khan-owned horse when he won the Coral-Eclipse at Sandown earlier this year.

Interestingly, Soumillon also copped a ban after winning that race for his celebrations.

Again riding Vadeni, the horse drifted after the post with Soumillon doing too little too late to correct him.

Vadeni barged into other horses and could have caused serious harm, but luckily the horses and rival jockeys walked away unscathed.

Revered the world over for his skill in the saddle, Soumillon has defied calls to stand down on French racing’s big weekend.

His two-month ban for pushing Ryan kicks in on October 14 – meaning he is free to ride in Paris on Sunday.

Unsurprisingly, the whole ugly incident has forced French racing bosses to urgently look at their rules so they can enforce a ban immediately.

France Galop chief executive Olivier Delloye said: “We cannot be happy about what happened and we are not happy about the bad publicity it has brought to racing but we can only work with the existing rules.

“We cannot invent new rules overnight, even following a bad situation as the one we saw on Friday.

“We have to apply the rules as they are and think about how they could be improved.

“We need to see if we can implement within the rules something that enables us to have a ban that begins immediately.

“That is what we would have liked here but it cannot be done if the rules do not allow it.

“This was a situation that will most probably lead us to change the rules.

“Looking at what happened, it looks fair to me that a ban for that sort of offence should start immediately.

“However, we cannot apply a rule that does not already exist.

“In future we must improve the racing rules so that we have the flexibility to impose a ban that starts with immediate effect.”

One person who will continue to be by Soumillon’s side is wife Sophie, who stands 5ft 11ins compared to her 5ft 6ins husband and was crowned Miss France in 1998.

Dad-of-three Soumillon expressed his regret in the immediate aftermath of the shocking incident at Saint-Cloud on Friday.

He said: “I’m terribly sad with what happened as I hate seeing stuff like this. When you are the one doing it you feel even more terrible.

“I want to apologise to everyone. I just saw Rossa and he is fine and the horse is too.

“It was not a nice act on my side and I am terribly sorry and want to apologise.

“I just received a big suspension from France Galop stewards – I am going to be suspended for two months.

“My season is now gone. I accept the sentence for what I did, it was a terrible decision.

“I shouldn’t have done that and I didn’t do it on purpose to make him fall off the horse.” 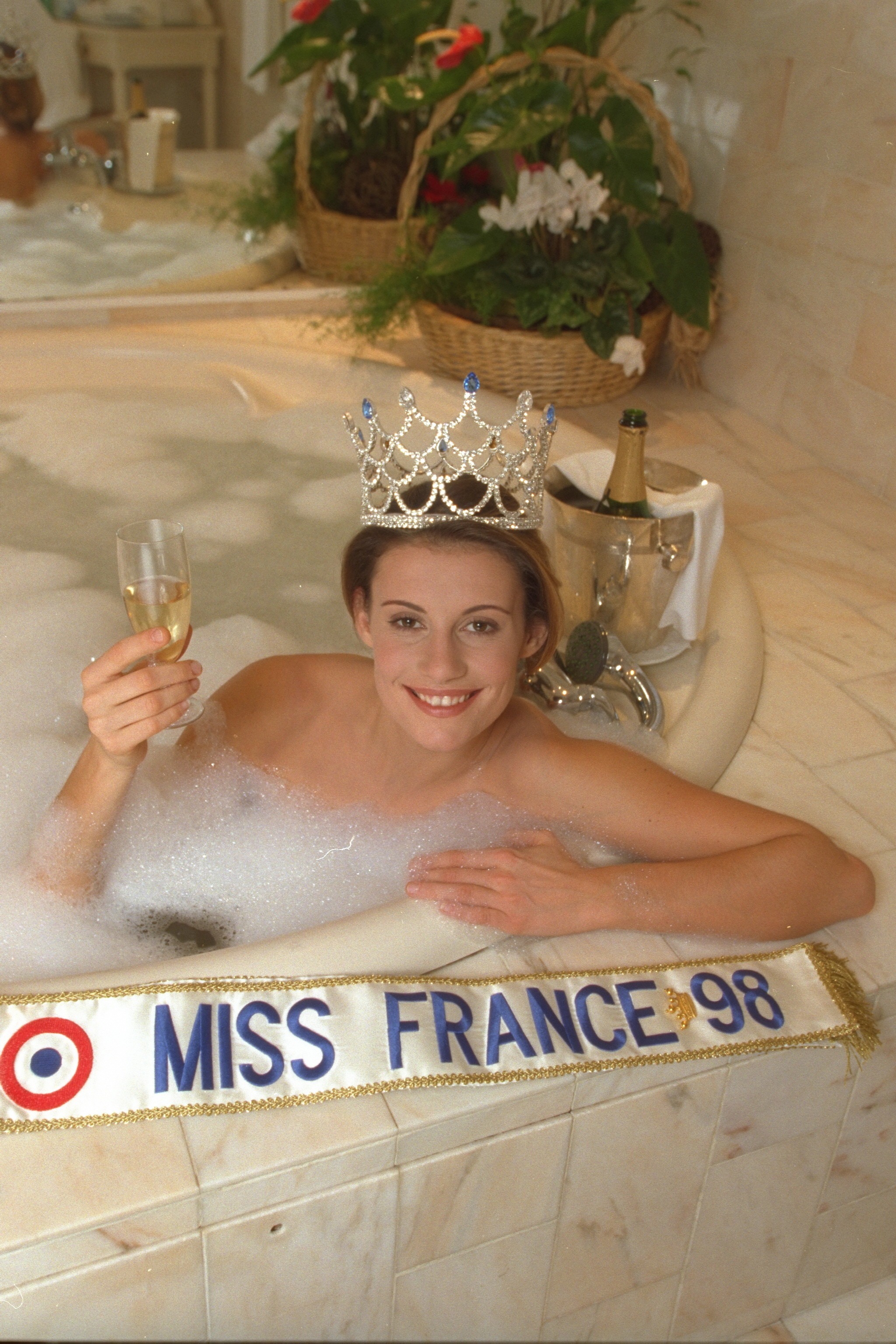 Sophie after being crowned Miss France in 1998 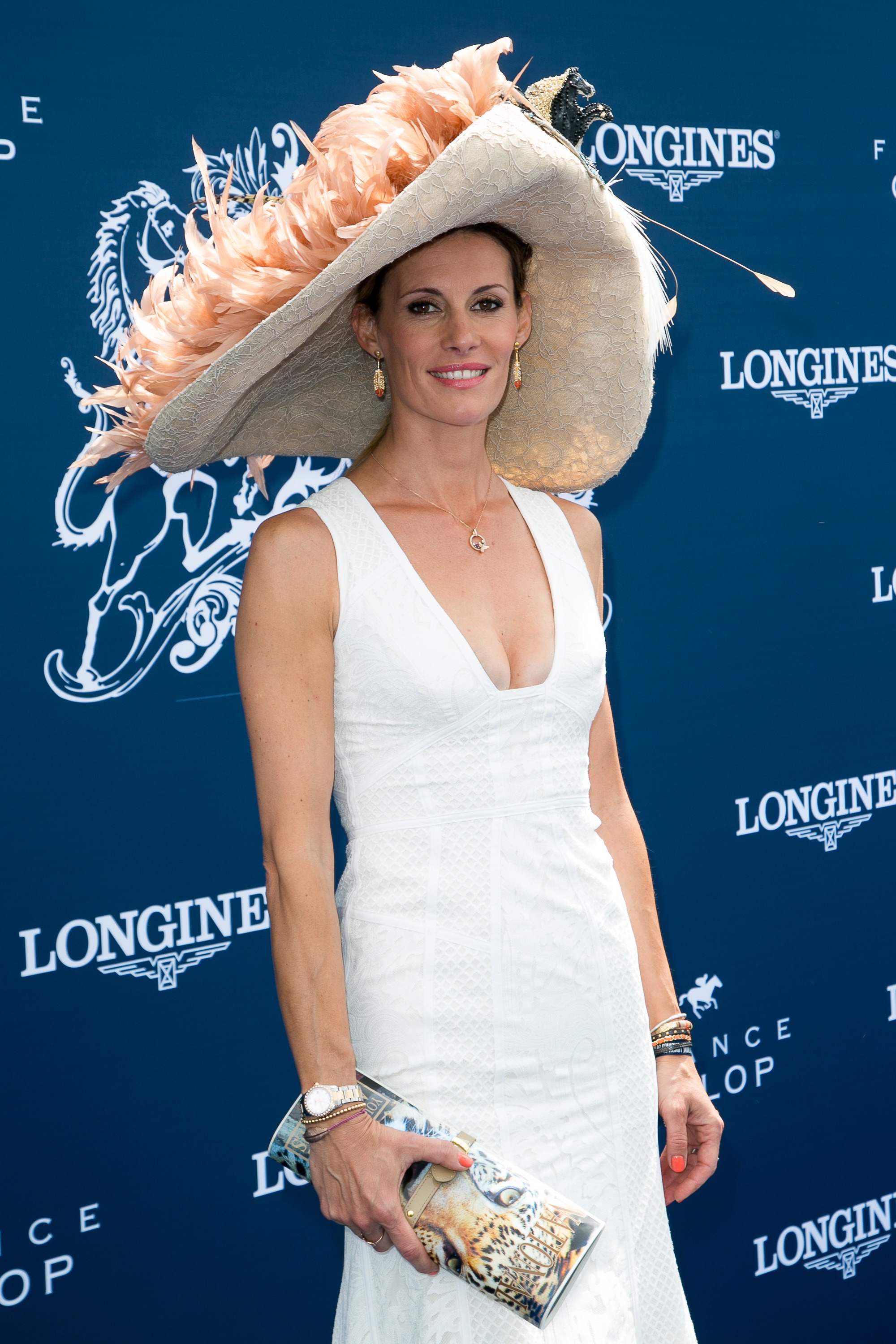