Matt Chapman: All hell broke loose after The Ridler’s controversial Ascot victory – but we CANNOT just sling out winners
Advertisement

DO NOT for one minute think interference rules should change and winners slung out. You hear me?

Yes, I’m talking to the racing fans who read this and those in authority.

Don’t succumb to any pressure on the back of Royal Ascot’s TheRidlergate.

Remember The Ridler? He was Thursday’s Group 2 Norfolk Stakes winner for Richard Fahey and Paul Hanagan.

And all hell broke loose after the race because Hanagan caused plenty of interference while not yanking his horse right (which he should have done) or switching his whip (which is irrelevant to be honest but would have been something).

As is often the case when this happens, many cursed British rules which protect the offender and more often than not allows the best horse to win a race.

‘There will be a serious accident one day’, is the typical shout from the cheap seats.

There may well be, as horse racing is a dangerous sport, but that does not mean disqualifying clear cut winners is the answer.

Chucking out winning horses is the worst possible scenario.

It’s the worst possible situation for punters, who should want the best horse to win whatever they have backed.

It’s also shocking for the breed, with potential stallions or mares being handed races (and having them taken away) that they either did not deserve or thoroughly were entitled to.

‘In America they would chuck that out’, is the other cry. Wrong.

That just shows a total lack of knowledge. In the US it differs from state to state, and while in general terms the rules are much more strict, it is in no way an exact science.

Added to that, the majority of countries are trying to come into line with the British rules.

Let’s just imagine Frankel had caused interference before his record breaking Queen Anne success back in 2012. And he was thrown out.

It would be a ridiculous way to run a sport.

‘But they won’t cause interference if they know they are getting thrown out’, is the other cliche.

Possibly. But mistakes and/or poor rides will always take place in the heat of battle.

And added to that the art of race-riding means you have to take chances and risk.

It’s a dangerous sport. Get it? Who wants racing in lanes?

The sensible way to cut interference down to an absolute minimum is to increase penalties for jockeys who are clearly lacklustre in their desire for correction.

If Hanagan knew he would be off for a month or more, rather than ten days, he would have kept straight. It’s very simple.

And if he didn’t he would deserve all he gets.

There was absolutely no need for The Ridler to interfere with anyone. It was a classic example of careless/lazy/poor riding. Sorry Paul because the win was awesome!

Incidentally, I’ve changed my mind on horses being thrown out for overuse of the whip. That will surprise some, but in this case I’m so desperate for the whip not to be banned that I think riders have to be forced not to flout the rules.

And that’s the only way to make sure they don’t.

Once that happens, the whip issue is confined to history and we never have to talk about it again!

But throwing best horse out for interference is simply crazy. You hear me?

Advertisement. Scroll to continue reading.
In this article:donot, forone, youhearme 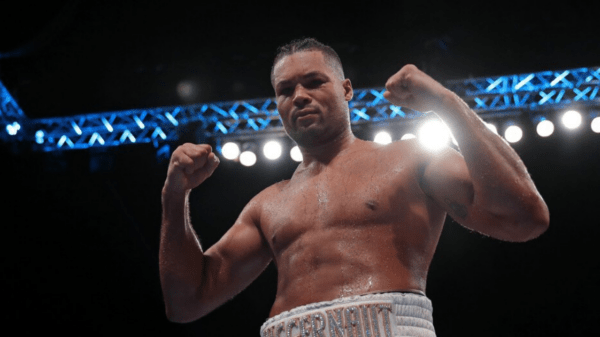