Matt Chapman: Charlie Appleby’s thinking makes him the best trainer in world and which of his stars can beat Baaeed?
Advertisement 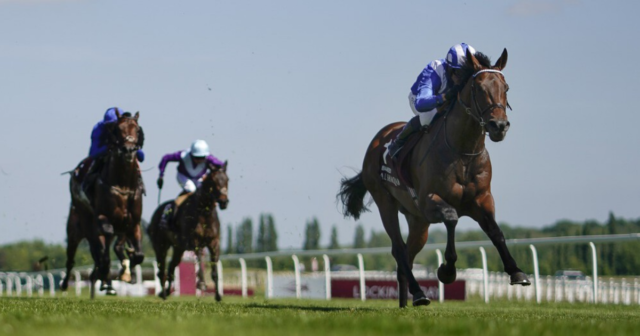 Which excites you most?

It’s the attention to detail that is setting Charlie Appleby on the road to greatness.

The Godolphin maestro banged in another Classic on Sunday when Modern Games bolted up in the French 2000 Guineas.

This came on the back of the Appleby one-two in the 2000 Guineas at Newmarket, when Coroebus defeated Native Trail.

I spoke to Appleby out in Dubai, during the World Cup meeting, and at that stage Coroebus was set to make his seasonal debut in the Greenham, and Modern Games was due to go to Newcastle in the race that was subsequently won by William Knight’s Checkandchallenge.

But once Coroebus and Breeders’ Cup winner Modern Games were back in Newmarket, Appleby changed his mind.

And it’s that thought process which is enabling Appleby to be called the world’s number one handler. So what changed his mind?

The great thing about Appleby is that he’s willing to discuss his thought process.

Let’s start with Coroebus. Prior to the Guineas, the son of Dubawi had only previously had three starts and all of them had been at Newmarket.  The Greenham is at Newbury.

And in the back of his mind, it was concerning Appleby that Coroebus would be having an away day from home when there was no need. So instead he chose a racecourse gallop at HQ.

As for Modern Games, Appleby told me on Sunday night: “As you know I contemplated going to Newcastle but we would have had a penalty there and in the end it didn’t warm to me to go there for a trial bearing in mind he was going to France.

“If it had been Newmarket it would have been different, with the straight track.

“Coroebus I didn’t want to take away from home before the Guineas, but Modern Games has plenty of experience so it was never a worry going into a racetrack like Longchamp.

“The important thing there was the draw and his experience. We game him a racecourse gallop at Newmarket similar to Coroebus and were delighted with that and were confident going straight to France.”

In the immediate future that’s easy, with Coroebus heading to the St James’s Palace Stakes at Royal Ascot, Native Trail is off to the Irish 2000 Guineas and Modern Games the French Derby.

In the future, though, surely one of them will take on monster Baaeed in the Sussex Stakes at Glorious Goodwood. And you know what? I’d be excited if any of that trio did that?

Did you miss our previous article…
https://www.sportingexcitement.com/horse-racing/meet-the-secretive-owner-of-the-worlds-best-racehorse-who-took-over-late-fathers-multi-million-pound-empire/

Advertisement. Scroll to continue reading.
In this article:anotherclassic, moderngames, thatis