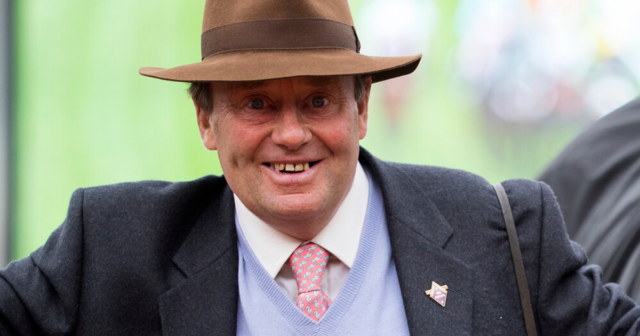 CHELTENHAM is edging closer and with it talk of the battle between Britain and Ireland.

Now the Irish won’t be losing any sleep, but us Brits are beginning to see light at the end of the tunnel after a horror show in 2021 at the home of jumps racing.

Henderson looks to have a strong hand going into Cheltenham

Constitution Hill and Jonbon in the Supreme, Edwardstone in the Arkle, Does he Right and Aye Right in the Ultima, Shishkin in the Champion Chase not to mention Thyme Hill in the Stayers’ all have strong claims.

Oddly, though, I think the Irish will feel failure at Cheltenham more than ever before even if they win the majority of races.

Because this year there is no doubt the Champion Chase is the be all and end all. The Irish will want revenge.

Shishkin won’t allow that. That’s the horse the holds the key to all four days.

When Nico de Boinville powers up the hill with Energumene and Chacun Pour Soi in his wake, the Irish will feel like everything has been lost.

And it will start badly as well. Constitution Hill will see to that.

Winning the Supreme is so important for moral. The Irish will feel that badly.

Meanwhile, I’m off to Bahrain today. I’ve never been to Bahrain.

I’ve never even thought about going there before.

But the opportunity has come up so I’m going.

Horses take me to Bahrain, although I expect to eat some dates there. Dates are what I know Bahrain is famous for, and I’m not talking the Valentine type.

Bahrain wants to be known as a racing nation, and with decent prize-money up for grabs it probably will succeed in its quest.

Like many places in the Middle East competition is strong to show the world what it can do.

We all know about Dubai, and that Qatar has been a growing force. Bahrain want to match them.

I’m truly excited as I like to discover new places and I love racing. What’s there not to like?

Hopefully the sport will be good. I’ll report back next week!

There are 14 days of ITV racing on the box in April. That might surprise you as much as it surprised me. Nearly half a month on the box.

That’s surely more than any terrestrial TV channel has put on and is good for two reasons.

Good news for all and especially the sport.