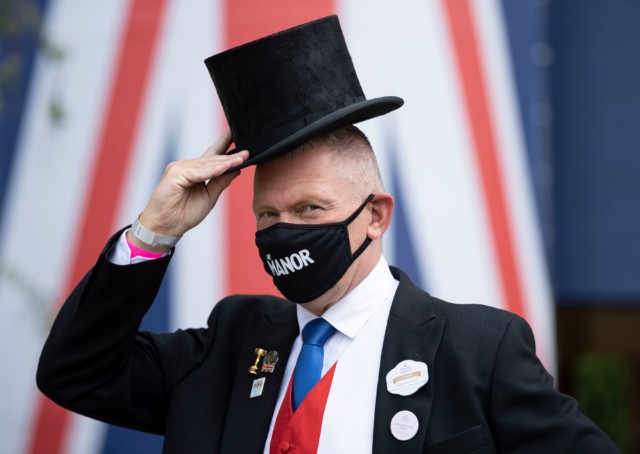 THE Derby form is in tatters, but I’m told shock runaway winner Serpentine is flourishing as he prepares for a return in France a week tomorrow.

Serpentine, who had only broken his maiden a week earlier, was an extraordinary hero at Epsom, where he made every yard of the running to score by five and a half lengths from Khalifa Sat and Amhran Na Bhfiann.

Many feel Serpentine’s success was a fluke, in that the other jockeys gave his jockey Emmet McNamara a freebie on the front end.

And it’s fair to say the Derby form looks pants other than William Muir’s now Pertemps St Leger contender Pyledriver, who was battered in the Classic and has since given weight and a beating to his rivals in the Group 2 Great Voltigeur at York.

That said, Serpentine’s trainer Aidan O’Brien gave me a positive bulletin as the Coolmore colt prepares for the Group 1 Grand Prix de Paris at Longchamp next weekend.

Incidentally, the owner of the winning horse of that event has a supplementary fee offered for the Qatar Prix de l’Arc de Triomphe, or the entry fee fully refunded if originally entered for the race.

O’Brien said to me: “The plan is to go to France for the Grand Prix de Paris on the same day as the Arc trials. Serpentine has done well physically since Epsom.”

By all accounts, Serpentine will have to have done well when you look at the Derby form.

The second and third have both been stuffed, with Khalifa Sat only beating one home in the Gordon Stakes at Goodwood and Amhran Na Bhfiann second in a Naas maiden at odds of 8-15!

Fourth home Kameko has been beaten into fourth in both the Sussex Stakes and Juddmonte International ay York, while fifth-placed English King was another defeated in the Gordon.

Mogul, the Epsom sixth, landed the Gordon but then was put in his place in the Great Voltigeur.

Of the also rans at Epsom, Vatican City was last in Sussex, Gold Maze was fourth of seven in a Listed contest at Navan and Highland Chief a respectable runner-up in both the Gordon and Great Voltigeur.

Mythical could only gain third of five in a Group 3 at Leopardstown, Max Vega second in Group 3 company at Newbury and Emmisary third of four in a handicap at Newmarket. Russian Emperor, Mohican Heights and Worthily have not run since the Classic.

It’s plain for all to see that Serpentine really needs to show he’s truly something special.

One horse we all know is different gravy is Enable, although she won’t have to be to land today’s Group 3 Unibet September Stakes at Kempton live on the main ITV network.

The triple King George VI and Queen Elizabeth Stakes heroine and dual Arc victor has her warm up for another Paris tilt against inferior rivals and should score cosily in a race she took in easy fashion from the classy Crystal Ocean in 2018.

It’s a busy day on ITV, with the channel set to show no less than ten races, and I’ll be up at Haydock for the network where the feature is very much the Group 1 Betfair Sprint Cup Stakes over 6f.

No surprise Oisin Murphy keeps his relationship going with Dream Of Dreams for Sir Michael Stoute after the pair proved a great team when scooting home last time in the Hungerford Stakes at Newbury.

Murphy, though, will keep one eye on The Tin Man, and pray the latter does not bounce back to his best.

The champion jockey was on board James Fanshawe’s stable star when he landed the prize in 2018 and also when The Tin Man was second last term. Conditions will be ideal for him at a big price.

However, should The Tin Man return to former glories he will have to dispose of Hello Youmzain who was the 2019 victor and who landed the Diamond Jubilee at Royal Ascot.

He’s remained in fine shape for Kevin Ryan with a fifth in the July Cup and second to Space Blues in the Prix Maurice de Gheest at Deauville. He loves a juicy surface.

In a cracking renewal – even with July Cup winner Oxted an absentee – Golden Horde is in the mix for the three-year-olds, while Art Power is surely better than he showed in the Nunthorpe behind Battaash. It looks an absolute stormer.