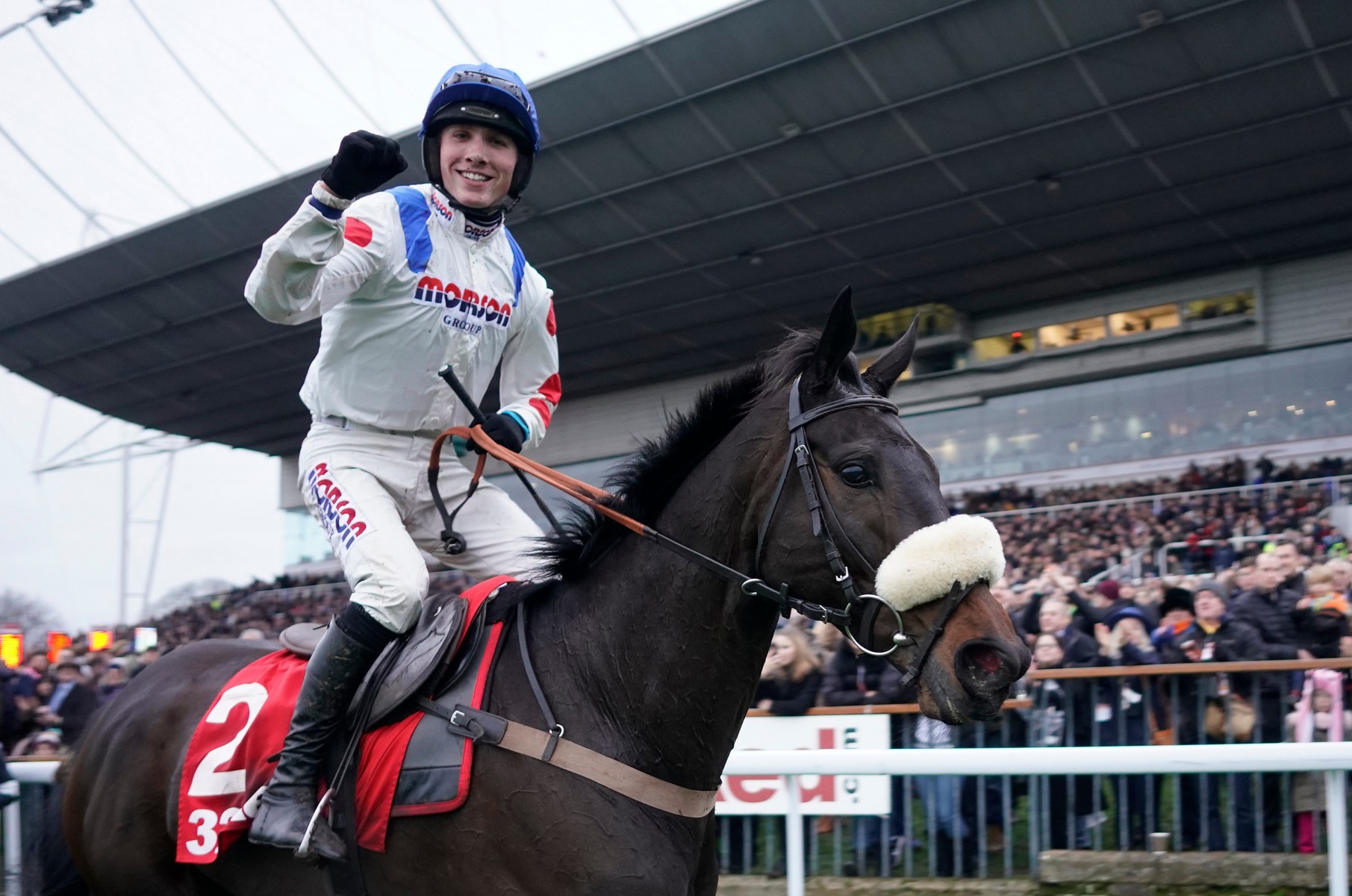 MERRY Christmas everyone! It’s my last column before the big day and I just want to wish you all a festive time full of goodwill.

For racing fans Christmas is all about the King George at Kempton, and by all accounts we are set for an absolute cracker in the Ladbrokes-sponsored feature on the main ITV network.

I have already put my cards on the table, and believe Clan Des Obeaux is an awesome each-way bet for the champion trainer Paul Nicholls.

I just can’t have the defending champion out of the first three and fully expect him to take all the beating.

The big question is who will ride Clan Des Obeaux, with regular partner Harry Cobden having to chose between my hope and Cyrname.

Sam Twiston-Davies and Sean Bowen are the likely alternatives. Although there is a secret name in the mix for Cyrname should Cobden make the ‘right’ decision!

The King George may well give further Cheltenham Gold Cup clues, for which Kempton fancy Lostintranslation is currently the 4-1 market leader.

Whatever happens on Boxing Day, it’s going to be a big week for Cheltenham betting on the Festival showpiece, as there looks likely to be an awesome line-up for the Grade 1 Savills Chase at Leopardstown on December 28.

Kemboy, who has been banned from running due to his syndicate ownership wrangle, might well return here, while also in the field could be Presenting Percy and Al Boum Photo.

Presenting Percy made his comeback the other day in the John Durkan and was a real eyecatcher staying on strongly in third behind Min over a trip that would be shorter than ideal.

Al Boum Photo, of course, was this year’s Gold Cup hero beaten by Kemboy at Punchestown. They are both trained by Willie Mullins, so this could be huge for Ireland’s champion handler.

My each-way Gold Cup contender is Native River, who may line up at Chepstow on Friday for the Coral Welsh Grand National.

He has 11st 12lb to carry in that, and while that will be a hard task in that there may me a well handicapped animal down the field, the Colin Tizzard-trained runner is built for the job. He will be no pushover.

Of course Christmas will come and go and all being well we’ll be into the New Year and Cheltenham will just be a few months away. Those four days in March so special for racing fans around the globe.

As I have said, the Gold Cup picture will become a lot clearer over the next week or so while the Stayers’ Hurdle looks at the mercy of the 7-4 ante-post favourite Paisley Park, who is outstanding for Emma Lavelle.

The Champion Chase situation, on the other hand, is hard to judge until we know what Altior is up to. He surely would take all the beating if dropping back in distance after his defeat at Ascot behind Cyrname.

Most difficult to fathom, though, is what is happening in the Champion Hurdle markets.

We have already had three different favourites for the two-miler this season, and Klassical Dream, the Supreme winner, only heads the list because Saldier who beat him last time, is on the easy list for the time being.

I thought Pentland Hills would come on a bundle for his defeat at Cheltenham last weekend at the hands of my Saturday NAP Call me Lord. Hope you were on him! Pentland Hills ran too free, but will settle better come March.

Call me Lord is not without place claims, but it’s hard to believe he could win a Champion Hurdle, while Fusil Raffles still has much to prove after his Wincanton success.

Weather permitting, today I am at Ascot for ITV, and all eyes will be on Paisley Park in the Grade 1 Long Walk Hurdle.

Trained by Emma Lavelle, Paisley Park has been an absolute sensation for over a year now, and the Stayers’ Hurdle hero will be at very short odds to keep the winning sequence going.

Paisley Park could well feature in my annual Yeeehaaa’ awards next Saturday as we draw to the end of 2019. But to find out you’ll just have to wait another seven days. Wishing you all a fabulous festive time.