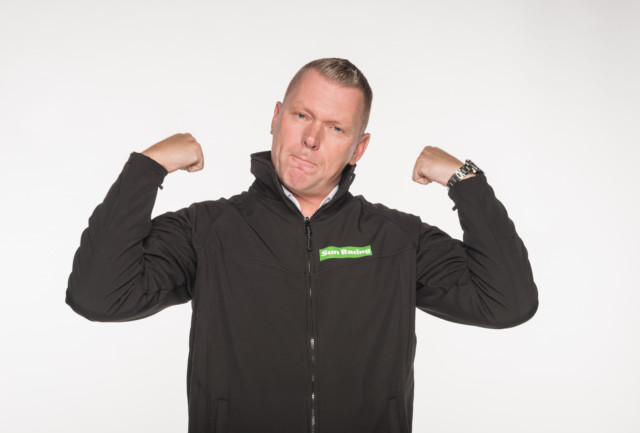 IT’S meant to be all about the girls on Day 3 of Glorious Goodwood but it’s a King I’m looking forward to most.

Yes people the Group 1 Qatar Nassau Stakes will be the event to grab the headlines this afternoon and Japanese star Deirdre is bidding to land the event for the second consecutive year in a row.

That said, it’s the reappearance of English King in the John Pearce Racing Gordon Stakes that is getting me just a little bit jiggy.

English King has been absent since finishing fifth in the Investec Derby behind the surprise all-the-way winner Serpentine.

He was a real eye-catcher in defeat that day, and I have a feeling he is much better than that performance suggests for Ed Walker.

I’d have run him against Enable in the King George, and I think he would have had a right chance. On that basis he must take all the beating here.

Racing on ITV at Goodwood gets under way at 1.45pm with a handicap over 1m2f. A hugely competitive race.

AL SALT won much more easily than the winning margin suggests at Wolverhampton last time as he dived across the track in the closing stages. He stays well and is very promising for William Haggas. Jim Crowley takes the ride from a good draw.

Next at Goodwood is the Group 2 Richmond Stakes over 6f. There’s every chance of a quick Haggas double as YAZAMAN will take some stopping this time under Tom Marquand.

The Windsor Castle runner-up was also second in Group 2 company at Newmarket last time and that form with Tactical looks very solid.

The big one for many is at 3.15pm with the Group 1 Nassau for fillies and mares over 1m2f.

It’s annoying there are only seven runners here for each-way betting so I will stick with the defending champion DEIRDRE to land the big prize once again.

As he was last year, Oisin Murphy is on top and while the mare has been well beaten of late this is her chance to bounce back to her best.

Finally a nursery handicap for youngsters over 7f.

CALCUTTA CUP was far from disgraced in a decent event at Newbury last time and must have each-way claims for Andrew Balding and David Probert.

He has a good draw in this contest and the trip is no problem. So strong place claims at the very least.