Matt Chapman pays tribute to retired Faugheen – ‘You could snuggle up at night, but on track he would tear you apart’
Advertisement 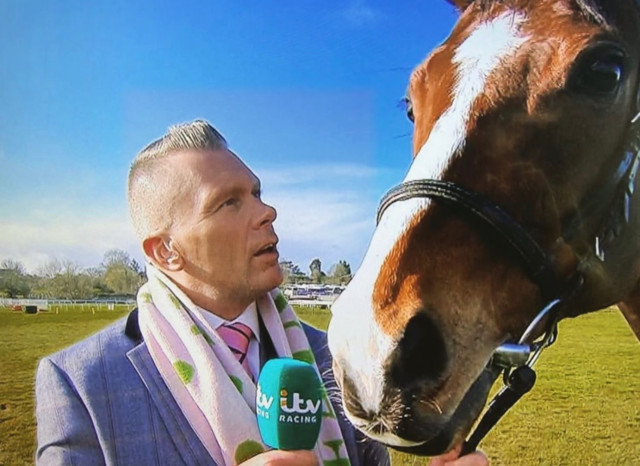 Faugheen ‘the machine’ has been retired. This day was always going to come. But it’s a body blow all the same.

I appreciate the news will hit you hard. It has me too.

Indeed, it’s the end of an era with Faugheen’s class stable companions – the smashing Douvan and terrific mare Benie des Dieux – also having run their last races. What a trio they have been for leading owner Rich Ricci, with five Cheltenham Festival victories between them.

Be strong, however, as this is not a time for sadness.

Oh no, this is the moment when we racing fans can all come together and celebrate one of the greatest National Hunt horses we have ever seen. A horse I have defended against his critics to the end. Never have I felt so sure that a racehorse was extraordinary. From another planet.

Faugheen, now aged thirteen, wasn’t just a machine. The 2015 Irish Racehorse of the Year was the machine of all machines. A mixture of James Dean and Henry Cavill with a slice of Mike Tyson for good measure. You could snuggle up to Faugheen at night, but on the track he would tear you apart.

In numbers, Faugheen ran twenty six times, winning – at one stage he was unbeaten in eleven – on seventeen occasions and accumulating over a million pounds in prize money.

But figures only tell half the story with the bay gelding by Germany out of an Accordion mare who at one stage cost just 4000 euros.

Because Faugheen’s story touched the heart. He certainly touched my heart. Very soon in his career I latched on to this beast who could jump for fun and then smash a hurdle out the ground. The disdain for the obstacles often matching his destruction of opponents. Get in his way, and he’d remove you.

Bred by Dr John Waldron in Ireland, Faugheen ran his first race on the point-to-point circuit in the colours of Thomas Hassett, who named him after a church near the Bohernamuck crossroads in County Waterford  called Faugheen Chapel. Having impressed with an eight length success at Ballysteen for trainer Andrew Slattery, he was quickly purchased by Ricci and his wife Susannah. His new home would be that of Ireland’s powerhouse champion Willie Mullins.

Although most had never seen him, in 2013 Faugheen was supported for the champion bumper at Cheltenham, but injury kept him off the track and it would be May when he appeared Under Rules for the first time at Punchestown.

The white blaze and socks meant he stood out, and his ability matched his style, spanking class act Josses Hill by a staggering twenty-two lengths.

Grade 1 success first came at Cheltenham in 2014 when sent off the 6-4 favourite for the Neptune Novices’ Hurdle. Drawing clear before the last under Ruby Walsh, Faugheen went on to beat Ballyalton nearly five lengths.

Faugheen would go on to further Grade 1 success dropped back five furlongs to two miles at Punchestown, and in December of that year headed to Kempton for the Christmas Hurdle. At odds of 4-11 he sauntered home.

In March 2015, at the age of seven, Faugheen landed the ultimate hurdling crown in the Champion, where he had two other winners of the race – Hurricane Fly and Jezki – beaten off in third and fourth.

But at the end of 2015 Faugheen suffered his first defeat at the hands of stable companion Nichols Canyon in the Morgiana at Punchestown.

Had the bubble burst? No. Faugheen was soon back to his best at Kempton once again and then exploded in the Irish Champion Hurdle at Leopardstown, defeating Arctic Fire by fifteen lengths with Nichols Canyon thirteen back in third. The performance earned a rating as the best by any hurdler in the 21st Century.

It was Faugheen’s ability to return from adversity that made him so special. 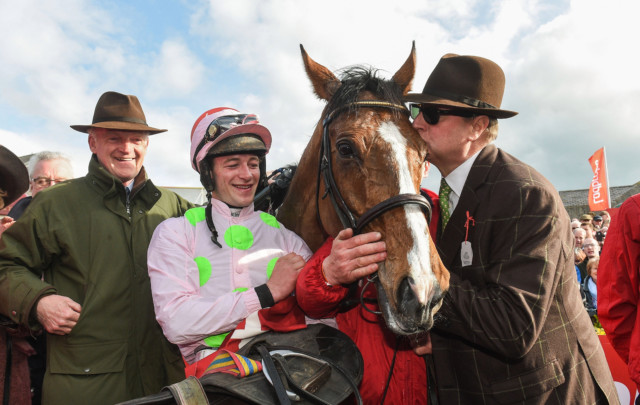 It would be nearly two years – following a suspensory ligament injury, bruised foot and stress fracture – until we saw him again, but, incredibly handled by Mullins, did the big boy return with a bang with another Grade 1 success. And despite getting beaten at Cheltenham he stepped up to three miles to land the Stayers’ at Punchestown. This Faugheen was not for stopping.

That, though, was his last success over hurdles and he was pulled up with an irregular heartbeat in the Aintree Hurdle. In 2019 Faugheen was sent chasing, and a Grade 1 at Limerick was followed by a famous victory in the Grade 1 Flogas Novice Chase at Leopardstown.

Faugheen, then aged twelve, would hit the track one more time. And gosh he gave his all.

Another day I have no doubt he would have taken the Grade 1 Marsh Novices’ Chase, but in the end some less than perfect jumps left him third behind Samcro – the horse he had destroyed at Limerick – and Melon, beaten just a nose and one length.

I remember that day so clearly as I recorded a personal chat with Faugheen for ITV Racing. That is a moment I will never forget. The big boy seemed to enjoy it as well.

I mentioned Faugheen was an equine Tyson earlier. That is exactly what he was. The talent was exquisite. The mental strength to return from injury mind-blowing. The desire to win unquestionable.

He made me cry, and he made me scream with joy. Thank you Faugheen for being oh so special.