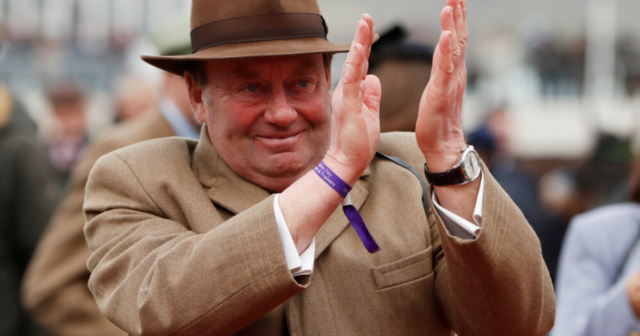 CHELTENHAM is back, the wraps are being taken off some of the best jumps horses and the ante post markets are hotting up.

Ah, the National Hunt season, it’s good to have you back.

And what a belter it promises to be.

After a brilliant year on the Flat where we saw some incredible displays, our attention now turns to the dour stayers, the brilliant jumpers and the battle between the Brits and Irish.

Here, I take a look at which five horses promise to light up the next few months, as we, as always, keep just one eye on Cheltenham Festival.

Won an Irish point to point before going to Newbury for Nicky Henderson and landing a bumper with ease. Could be anything.

Only beaten twice in eight starts for Willie Mullins and having been second in the Festival bumper at Cheltenham was a facile victor of the Supreme Novices’ Hurdle.

Massive horse who could stay hurdling or go chasing. A beast.

Four wins from five starts for Dan Skelton and did really well at Aintree when landing the Grade 1 Mersey Novices’ Hurdle.

Has the size and scope to make a chaser and might well be the Arkle winner although he’ll get further and is a long-term Gold Cup prospect.

Outstanding hurdler/chaser. A supreme and Arkle winner who ended last term with a battling success at Aintree.

Henderson’s stable star is better than that form suggests and the one to beat in the Queen Mother Champion Chase.

Former dual Gold Cup hero who is massively overpriced for this season’s renewal at 20-1.

Was not at his best when third this year, but is going to be raced more this season and this is in his favour. Can regain his crown for Willie Mullins.

Al Boum Photo is a legend and has much, much more to offer