Matt Chapman: Rob Hornby got a kick in the goolies – reasons for his jocking off don’t add up… plus my BIG 18-1 tip
Advertisement 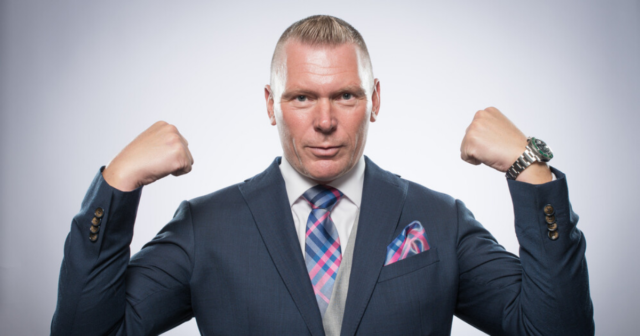 I WAS gutted to read in this paper Rob Hornby had lost the ride on today’s huge Irish Derby hope Westover.

It’s not the first time a rider has been ‘jocked off’ a horse, and an owner — in this case Juddmonte Farms — has the right to put up anyone they like.

Chappers flexes his muscle on the big topics dominating racing

But the reason I was so aghast is Hornby is on the verge on taking his career to a higher level.

This is a right kick in the goolies.

Added to which, I wasn’t convinced with the reasons put forward publicly for the switch to Irish champ Colin Keane.

BOOM OR BUST: Have an each-way gamble on ALRIGHT SUNSHINE to light up the Pitmen’s Derby (3.30 Newcastle)

The general manager of Juddmonte, Barry Mahon, said: “It can be a very tactical race. So we felt having a three-time Irish champion jockey who’s ridden Classic winners at The Curragh and rides there on a weekly basis would be a benefit.”

Just eight runners line up for the Irish Derby. Three of those look no-hopers.

How much trouble is Mahon expecting?

The Curragh is a wide, sweeping right-handed course with a long straight.

Anyone would think Westover had just been drawn 20 of 20 at Chester with the other 19 runners trained by Aidan O’Brien and all of them told to block the horse in at all costs.

Hornby was unlucky not to finish second in the Derby on Westover, as the colt didn’t have the speed to take gaps at a crucial stage.

He flashed home in third, with an effort that suggested the Irish Derby would be right up his street.

It was the second time this term Hornby will have felt robbed, as he also went close on Prosperous Voyage in the 1,000 Guineas, finishing well in second behind Cachet.

Hornby won a first Group 1 on Scope last year and had he won the Irish Derby his career would have gone to yet another level.

He deserves it. That he has been denied the chance on a horse he rode to perfection in the Sandown Classic Trial is very harsh indeed.

It’s a rift, but it’s nothing like the one that has opened up between Gosden and Dettori.

Dettori will want to sort it out as quickly as possible with Gosden, his main supplier of winners.

Hornby can take solace that no jockey is safe in this game.

But it won’t make it any easier if Westover hacks up.

Advertisement. Scroll to continue reading.
In this article:irishderby, ontoday, thefirst