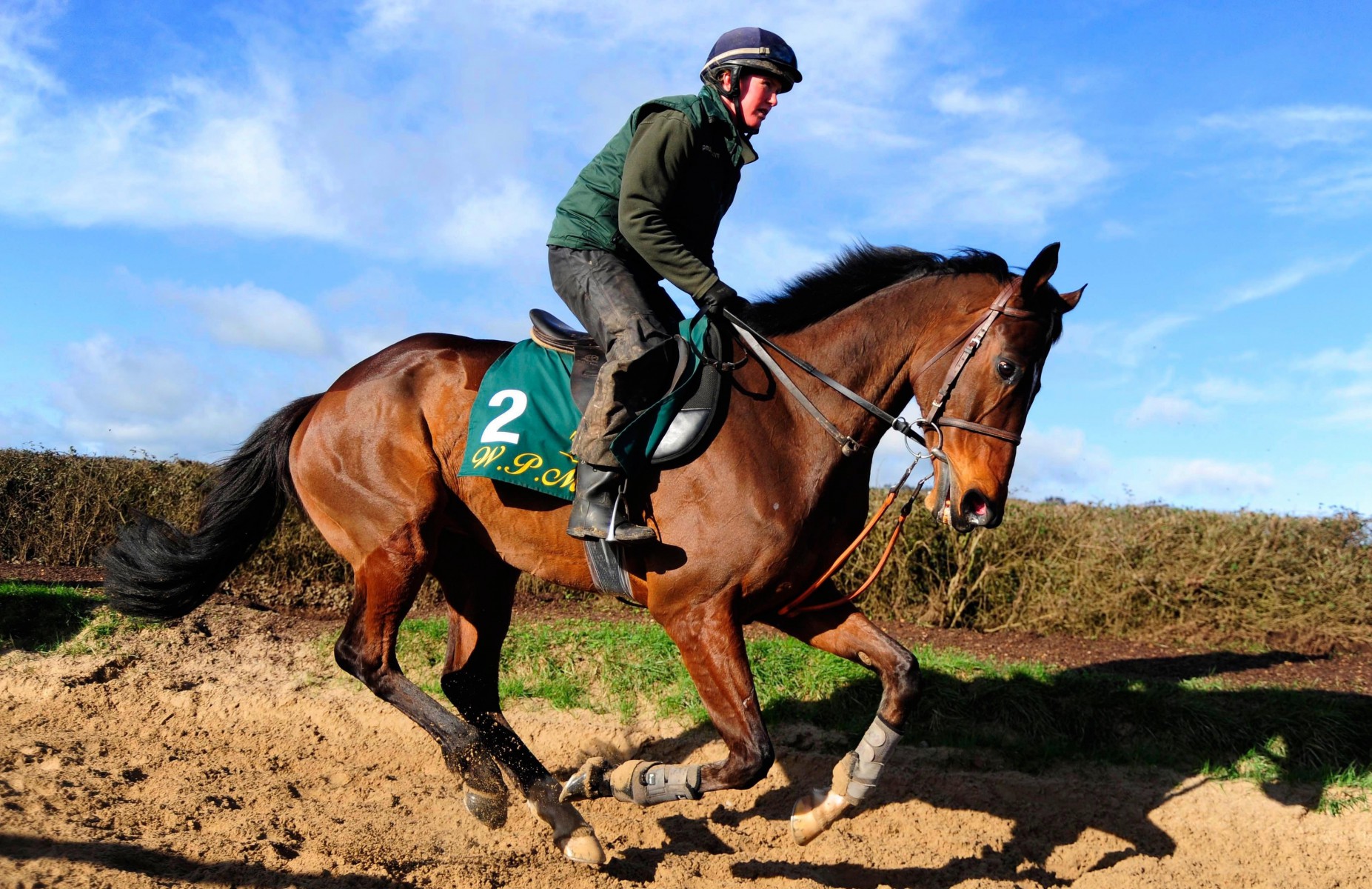 IRISH titan Willie Mullins is confident Footpad will stay three miles in a monster King George VI Chase at Kempton on Boxing Day but stable companion Douvan will not head for the Christmas cracker.

Mullins is never one to give too many plans away, sensibly waiting until the last minute to show his cards.

However, the champion of Ireland exclusively told me last night: Douvan might be sixth favourite for the King George but I dont think we have ever mentioned the race and he wont be running at Kempton.

Footpad will be going. And Im looking forward to running him.

Footpad returned at Thurles on November 21 with a devastating display over two and three-quarter miles, and despite being an Arkle winner at Cheltenham Mullins has no doubt about his stamina at Kempton.

Mullins said: We ran Footpad at Punchestown over three miles in the Stayers Hurdle in 2017 and he finished third.

“I have never doubted his stamina and the distance makes no difference to his jumping. Hes a good jumper.

Mullins also had news on Klassical Dream, the brilliant novice hurdler who landed last terms Supreme at Cheltenham and the Champion Novice Hurdle at Punchestown.

Klassical Dream was beaten by stable companion Saldier in the Morgiana earlier this month, but may get the chance for revenge on that rival.

Mullins added: I would think Klassical Dream, who needed his last race, will run at Leopardstown at Christmas and Saldier might well go in the same race. Id let them both take their chance.

Mullins would not be drawn on the main target for Faugheen, the former Champion Hurdle legend who landed a beginners chase at Punchestown on November 16 at the age of eleven.

Faugheen will go for a novice and Id like him to win a Grade 1 novice in Ireland. The we will see where we can go with him, Mullins said.

In other King George news, Robbie Power riding on the crest of a wave was yesterday full of praise for the Betfair Chase winner Lostintranslation.

Power, a Gold Cup winner on Sizing John, told me: I had the backing of the owners and trainer to ride him cold like I did at Haydock and its very easy for a jockey if there is trust in you. If I make a balls of it then its only my fault.

I have never been worried about Lostintranslations stamina, but he still has to improve to be a Gold Cup winner. That said he ticks a lot of boxes and has a lot of similarities to Sizing John in that he has a high cruising speed and jumps very well.

My confidence is very high at the moment and Im riding very good horses. Thats the key in any sportsmans life. When your confidence is high anything can happen.

Racing is a funny game you cant do it without the horses. I dont think I am riding any different to seven or eight years ago. But I am just riding very good horses now.

Power added: If you sent a letter to Santa asking for a racehorse, he would probably send you back Lostintranslation!