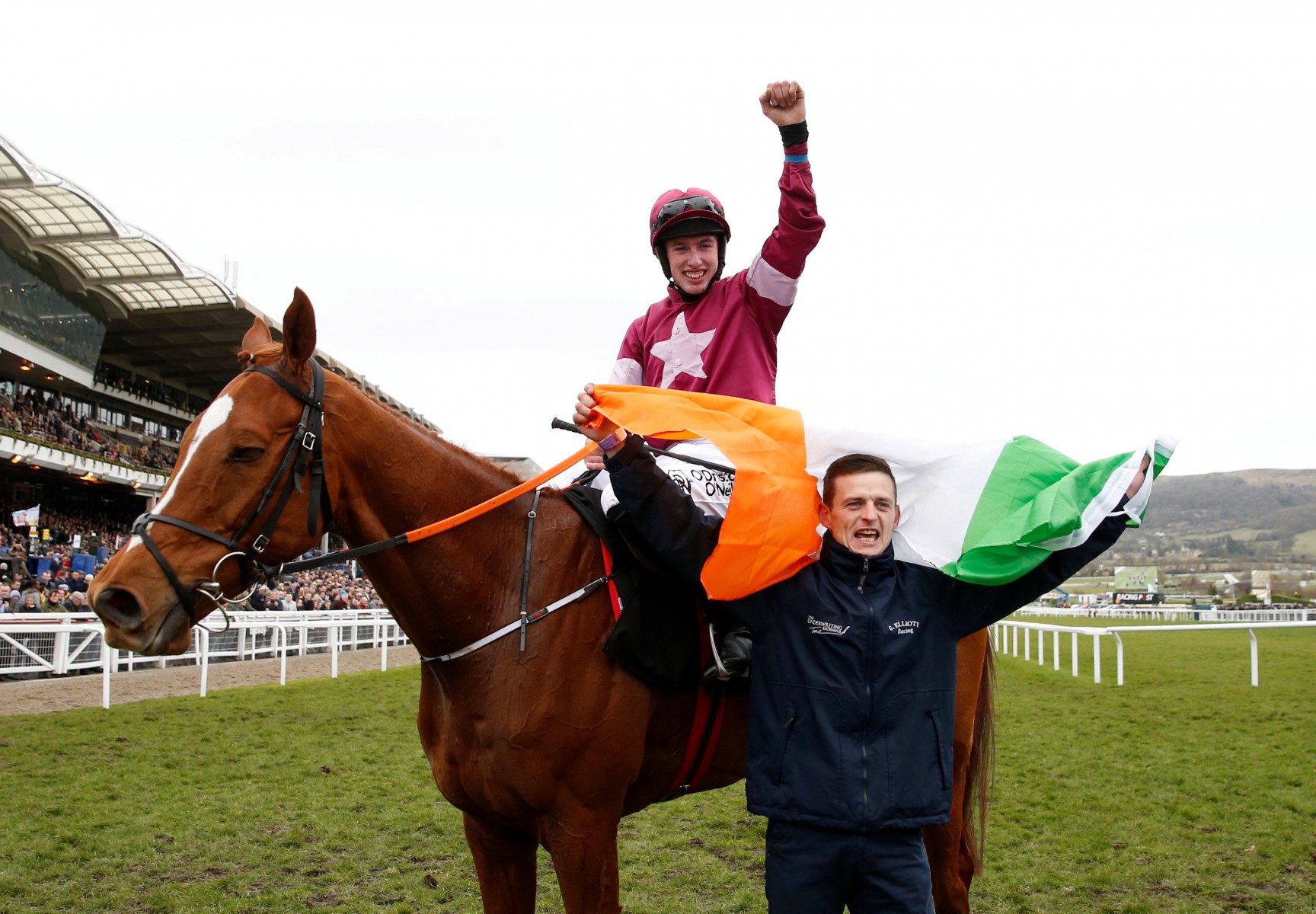 OH how they mocked when he flopped, but like Jesus himself Samcro has been resurrected. Proof indeed that he is the second coming!

Yes people, last weekend Samcro was back, and the horse some have suggested might be the second coming of Jesus Christ could yet be just that.

For those of you who might have forgotten, the Gordon Elliott-trained Samcro burst onto the scene in 2016, landing a point to point and a couple of bumpers. He looked awesome.

Two years later Samcro was at the Cheltenham Festival, and landed the Ballymore Novices Hurdle by nearly three lengths from Black Op, despite the fact that his owner, Gigginstown House Stud, and essentially therefore Michael OLeary, had suggested he was nothing special.

“If he turns out to be a reasonably good chaser in time, great, but hes not the next coming of Jesus Christ.” Wrong!

To be fair to OLeary he appeared to be right, when in 2018 Samcro fell at Punchestown, got beat at Down Royal, stuffed in the Fighting Fifth at Newcastle and mullered at Leopardstown.

Indeed, I received a load of abuse on social media, as I had been one of those to suggest Samcro was clearly an offspring of God.

But it is so easy to mock. Chasing was always going to be the Samcro thing, and the beautiful beast returned to the winners enclosure like a monster at Down Royal on November 1.

Now over fences, he jumped like a buck and played with his rivals. Yes, Samcro is back with the world at his hooves

That said, Samcro might not be the only superstar novice chaser in the Elliott yard.

I also have a huge soft spot for Battleoverdoyen, who has only raced six times in his life and has won five of those starts, suffering defeat at Cheltenham last term.

Battleoverdoyen is a huge chasing type, and he looked all class when scoring at Navan and Naas last season. He returned this time around at Galway in October, and I loved the way he hacked up over what can be a tricky track. He oozes talent.

Of course the jumps season is in full swing now, but forgive me for reflecting on last weekends Breeders Cup at Santa Anita.

In many ways it was a disappointing renewal for the European challengers, with only Iridessa flying high for Joseph OBrien and Wayne Lordan, who has had a cracking 2019. However, there were a couple of horses in defeat who are worth a special mention.

First of all, the Marcel Boussac heroine Albigna was a real eye-catcher in the Juvenile Fillies Turf. Eventually fourth behind Graham Motions Sharing, Albigna was always out the back until staying on well inside the final furlong to be nearest at the finish. She will be hard to beat in the 2019 French 1000 Guineas which I suspect will be her target for Jesssica Harrington.

In similar vein, Arizona was never placed to challenge in the Juvenile Turf under Ryan Moore. He was only fifth behind Structor, but actually did no damage to the Dewhurst form of Pinatubo.

Arizona is handled by Aidan OBrien, and many felt the Derby winner Anthony Van Dyck should have taken the Turf which went to Bricks and Mortar.

The Derby hero stumbled when not getting a clear run over a furlong out, and deserved to do much better than his final third placing. Hes a better Epsom victor than some think.