Matt Chapman’s Monday Yeeehaaa – Andy Stewart was smart, generous and will be missed dearly by all in racing
Advertisement 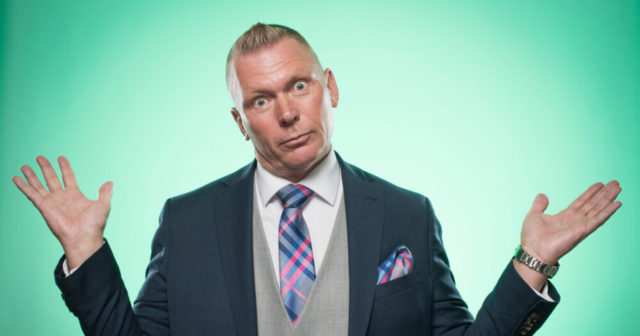 THIS is a Monday Yeeehaaa that could last forever after a blockbuster weekend of stewards’ enquiries, bubbles burst and star performances.

However, the sad passing of Andy Stewart, the owner of jumps legend Big Buck’s, has to come first.

Andy was unique, a true character, and a man I got to know pretty well.

I searched my email inbox prior to writing this, and it’s full of messages – one telling me about a baby peacock born in Barbados that he had named Tiny Little Buck’s – from Andy asking if he can either help with a guest on a TV show, or whether I could promote a charity. Andy was a giver.

When you met Andy, he was always quick to tell you about who he had met that week.

One day it would be Cliff (Richard), the next Andrew (Lloyd-Webber). Andy loved the scene, and he deserved to be part of it.

Amid all the charity work – he raised a fortune for spinal injury charities when one of his sons Paul had a snowboarding accident which left him badly injured – and horses owned, it’s easy to forget that Andy Stewart built his fortune from being a very clever, savvy man.

Anyone who does that deserves absolute praise.

The cinema in his basement more likely than not to be showing racing.

And then there was Andy’s attire. It was different. Often bizarre. I like different.

Everyone has low moments in their life, but I always got the feeling Andy was a happy soul.

I truly hope he was for real, as he had more than most of us could ever dream of having.

‘A HAPPY SOUL AND FAMILY MAN’

He was also a family man. There were always toys for the grandchildren at the White House, this was no museum.

So Andy truly did have ‘big buck’s’ in every sense. I hope he enjoyed his life as much as we enjoyed him being with us.

Rest in peace Andy Stewart, and my thoughts and sympathies with your wife Judy, a true stalwart, Paul and his other son Mark.

The fixture list is out. Many have been crying out, no screaming for less fixtures.

Their wishes have come true, with an initial 1,482 fixtures, four fewer than this year.

However, discussions are ongoing regarding the volume of races that will take place.

In the end, there is likely to me more sport than less. Which is odd, as I have a feeling the common phrase people use is ‘less is more’!

I’d argue the European racing communities need to sit round the table and re-design the Pattern and seasons. It’s hard to imagine that will ever happen mind.

On Saturday I said on ITV’s Opening Show Hurricane Lane should be 1-2 for the St Leger. I was wrong.

He should have been 1-5 and won like a good thing. The fact you could have backed him at evens is totally beyond me.

If he’s recovered, he is well worth a place at the Arc table.

Charlie Appleby trains Hurricane Lane, and he also scored with Native Trail in the Group 1 National Stakes at the Curragh Sunday.

Appleby has had an awesome campaign, and is one of the most decent people you will come across.

When awards are handed out at the end of the season it would be very hard to choose between Andrew Balding, Appleby and John Gosden, who of course has got Stradivarius back winning. Credit to all three.