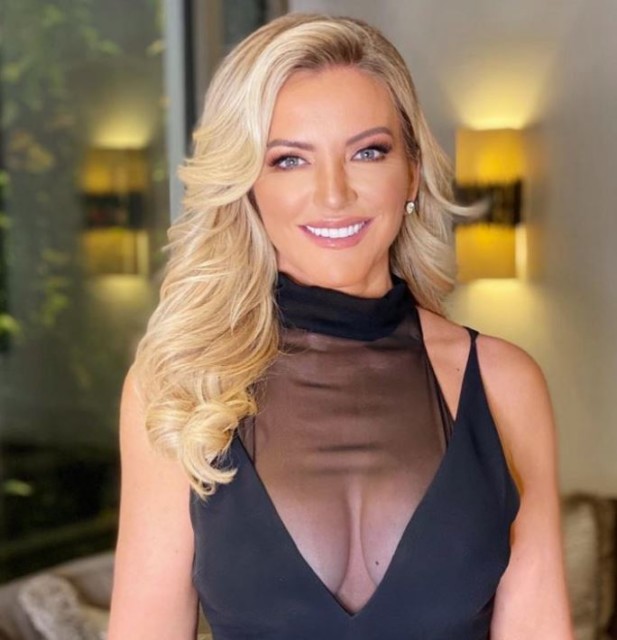 FOR Michelle Mone, it has always been boom – and quite a bit of bust.

Things are no different now she has stepped into the horseracing world after buying an £80,000 runner and sending him to a Grand National-winning trainer.

Jonjo O’Neill is the man tasked with turning Baroness Mone of Mayfair’s dream into reality.

And the Scottish entrepreneur will have high hopes for the horse she bought for her billionaire husband as a second wedding present last November.

Dubbed the ‘First Lady of lingerie’, Mone has a habit of making a success of investments.

Her biggest was Ultimo, the underwear company she started in 1996 that turned her into a millionaire at just 25.

When their bras hit Selfridges in London, six months’ worth of stock sold out in just three hours.

Julia Roberts wore one of Ultimo’s bras en route to winning an Oscar for her role in hit film Erin Brockovich. 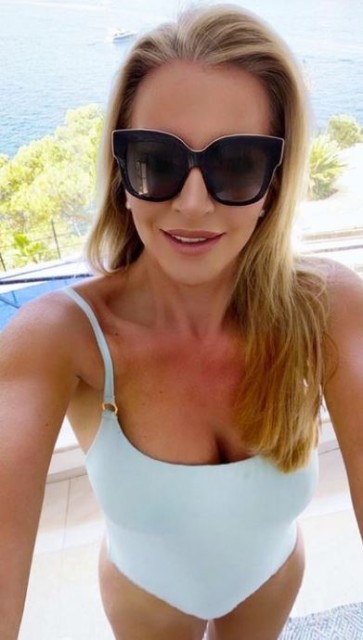 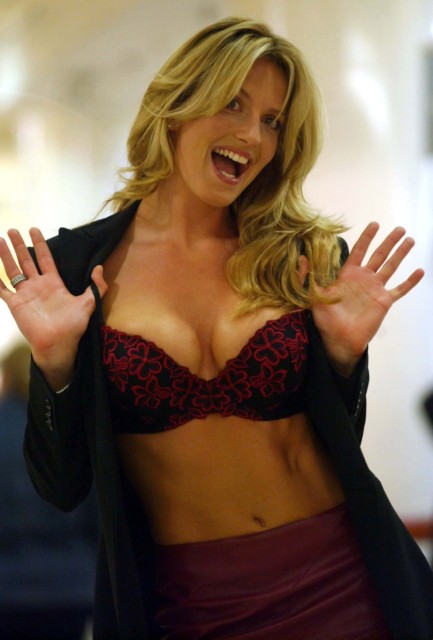 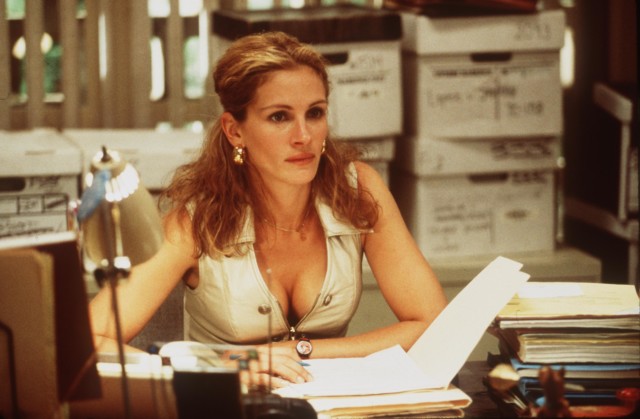 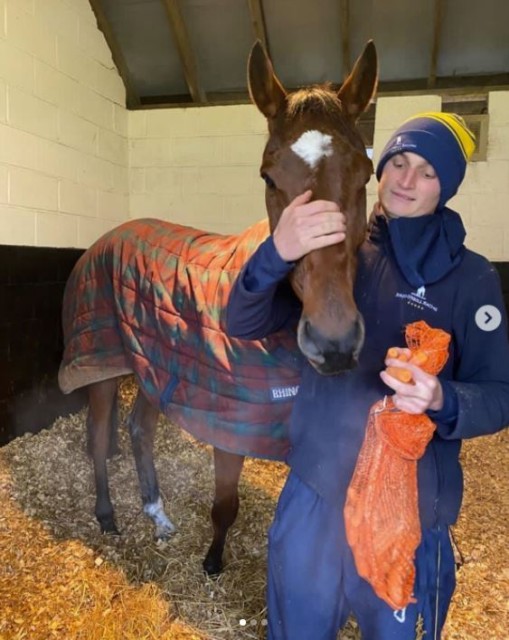 Baroness Mone spent £80,000 on Monbeg Genius as a wedding gift to her husband

She and then husband Michael expanded the business into MJM International, which was worth £39m at its peak.

All in all, not too bad for a girl from the East End of Glasgow who left school at 15 with no qualifications.

Years of incredible success followed before Mone left Ultimo in 2015, after it was taken over by a Sir Lankan firm who, in 2018, closed the company down.

Since then, Mone has gone onto launch a jewellery line, interior styling business, property venture in Dubai and moved into the world of cryptocurrency. 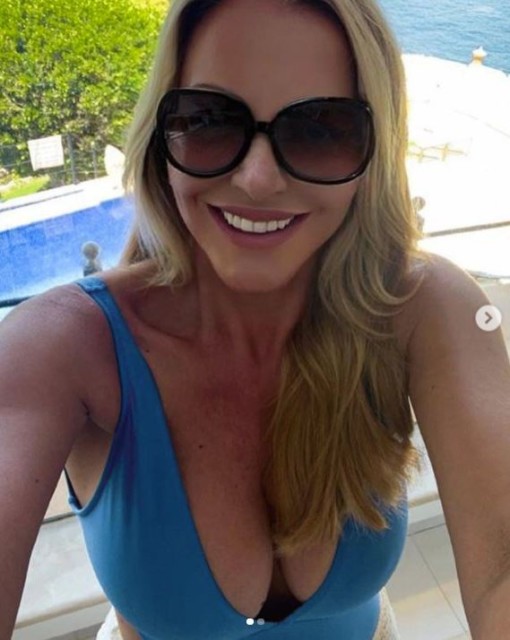 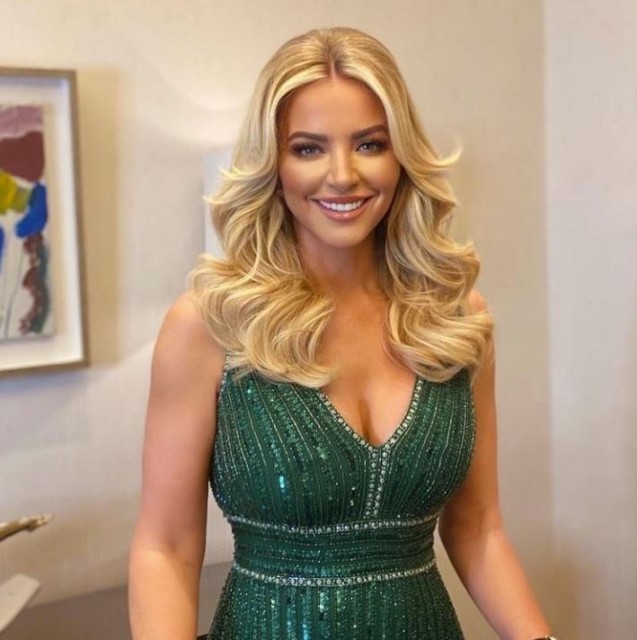 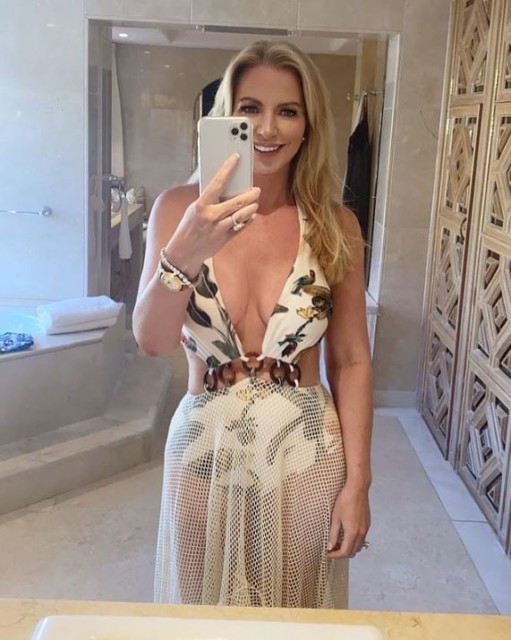 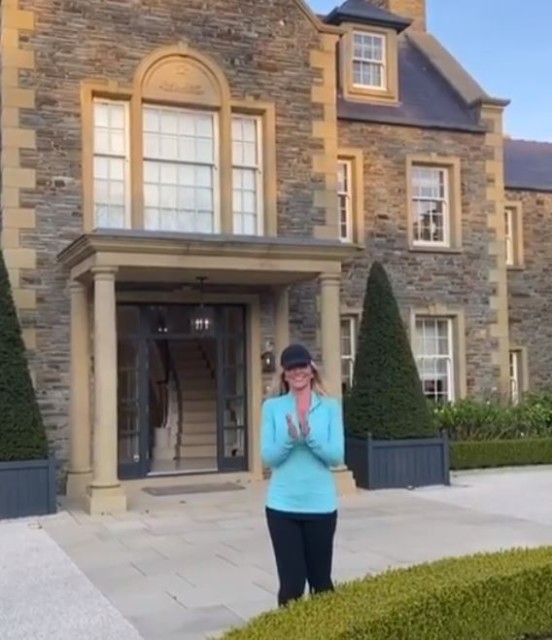 The hugely successful businesswoman lives in this giant mansion

But it appears that horses are now the latest obsession – and she looks to have started out with a beauty.

Mone introduced the ‘newest member of our family’ to her social media followers last December.

Accompanying the post was a photo of Monbeg Genius, an £80,000 horse set for a huge future in racing.

Mone wrote alongside the snap of the ‘promising’ five-year-old: “This gorgeous horse was a second wedding gift for my husband, Doug, and we are delighted with him.

“I want to say the warmest of thank-yous to the legendary @jonjooneillracing, his wife Jacquie and his son AJ for guiding us through this process. Jonjo is an amazingly charming man who was patient throughout, whilst his son, as demonstrated in the video, is a very talented jockey too! 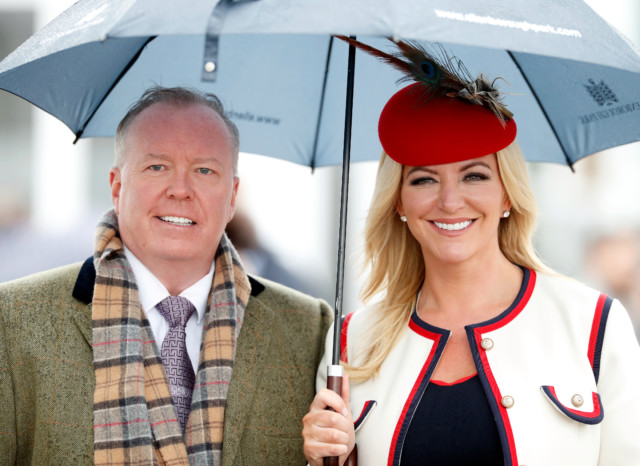 Baroness Mone and billionaire husband Barrowman at Cheltenham Festival in 2019 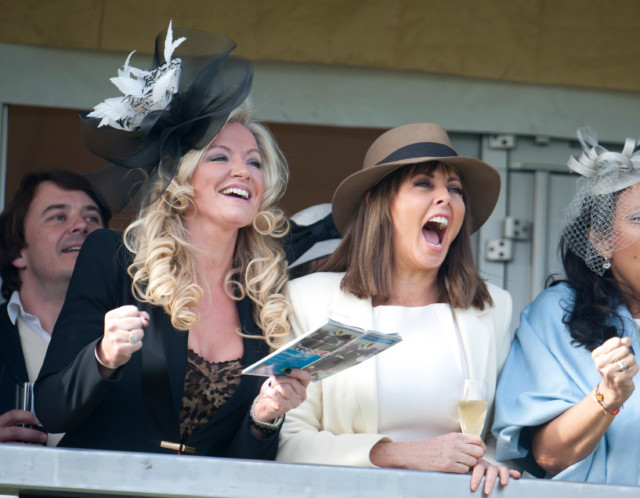 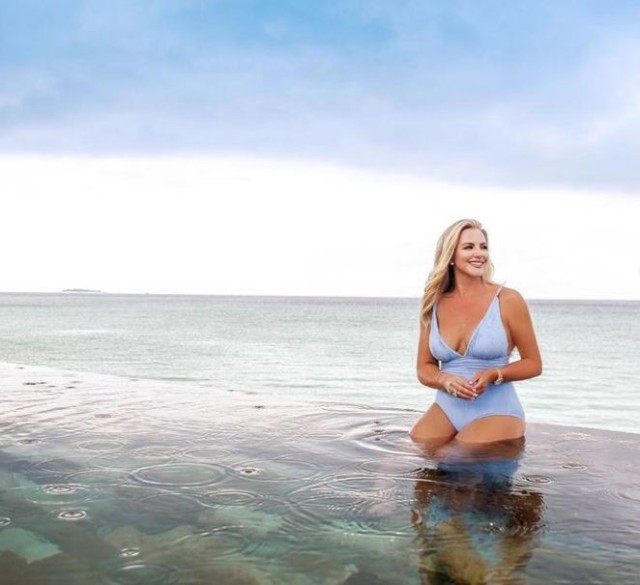 The couple could watch Monbeg Genius from their 180ft yacht

“We are so excited about Monbeg Genius being a part of the family, and we are looking forward to him starring in tartan in the weeks to come!”

Monbeg Genius was all set to make his debut at Chepstow on April 5 but was pulled out due to the going.

It means Mone and Knox Group founder husband Doug Barrowman, 56, will have to wait to see his first race.

But at least they can bide their time in ultimate luxury.

The couple have a 180ft superyacht and split their time between seven homes, which they can get to by private jet or in one of their 18 cars.