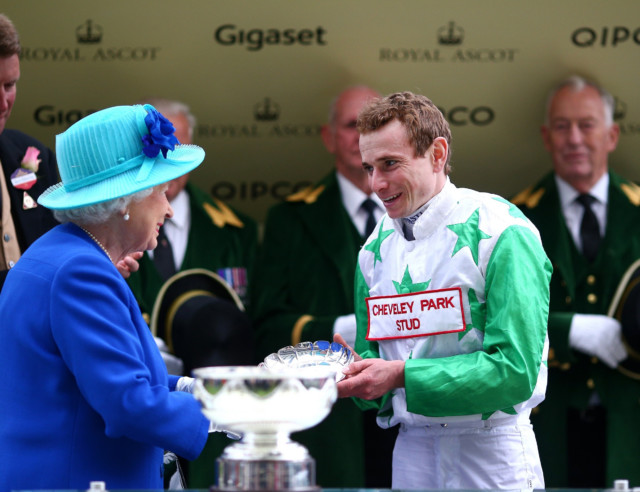 THEY say racing runs in the blood and that could not be Moore true of this family.

The Moores are like no other team in the game. 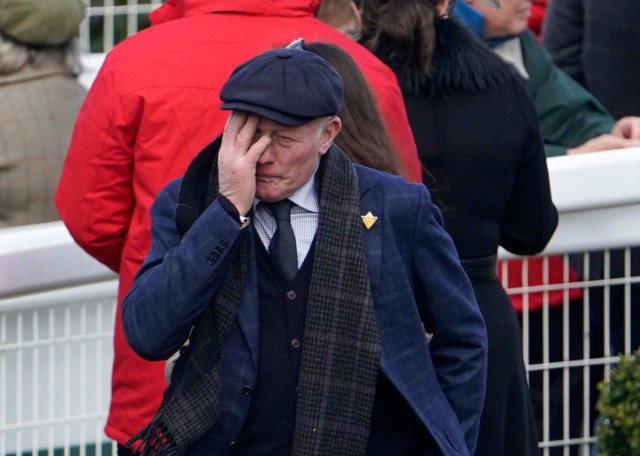 Leader of the clan is dad Gary, a former jumps jockey and Festival winner turned trainer based in Sussex.

He has three sons who all ride, with Ryan, 37, known as one of the best Flat jockeys in the world and number one to master trainer Aidan O’Brien.

Younger brothers Jamie, 35, and Josh, 29, ride on the Jumps circuit, while sister Hayley is a regular on the TV as part of the Sky Sports Racing team and Gary’s wife Jayne is an important cog in the wheel too.

As straight a talker as there is, Gary, 64, has made a name for himself as a trainer with the likes of Sire De Grugy and Ar Mad winning on the big stage.

And they start them young in the Moore household. Cuddles the pony will often be ridden by Gary’s grandson alongside.

Ryan Moore's nephew and his pony, Cuddles, join the big boys for a spin up the gallops

Goshen is the latest star in the ranks and one of the favourites for the Champion Hurdle at Cheltenham.

The horse was nailed on to win at the Festival last season in the Triumph Hurdle before a dramatic fall at the final flight for Gary’s son and jockey Jamie Moore. 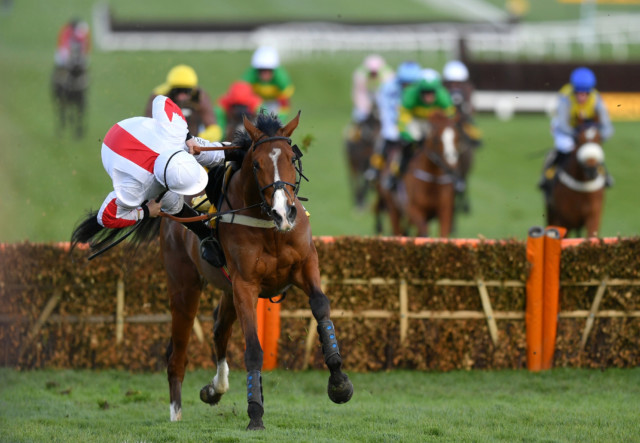 Jamie Moore took a dramatic tumble at the last on Goshen 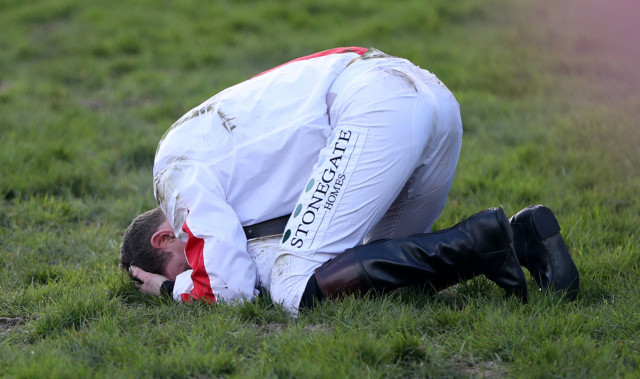 He’s sure to make amends this season and will be a warm order wherever he turns up on his way back to the Festival.

But the racing family tree goes even further back with Gary’s late dad Charlie a regular at the southern tracks as a trainer.

A used-car salesman he famously got hold of his first horse when accidentally raising his hand at an auction. He went on to train for the next 36 years.

Ryan, now one of the most recognisable faces in the game after flying the nest, started his career as a teenager riding for his grandad and was determined to make the cut as a jockey.

He’s done that and more. Name a big race around the globe and he’s ridden in it, and on the whole probably won it too.

But it wasn’t always just racing, Ryan also had trials for his local team Brighton.

Brothers Jamie and Josh are regulars on the Jumps circuit and often partner Dad’s horses in the big races down south.

Jamie is on the comeback from a fracturing his back and sternum at the end of August in a nasty fall.

He’s already back riding at home! These jockeys are made of tough stuff.

Sister Hayley isn’t ever far from the action. A former amateur rider, if she’s not helping at the Moore yard she’ll be on the box presenting as part of Sky Sports Racing’s team.

She famously showed her skills with horses when dramatically catching a loose horse at Chepstow when working.

A race has even been named at the Welsh course in honour of the move.

It's been an eventful week for Hayley Moore after her heroic capture of a loose horse at @Chepstow_Racing earlier in the week and the panel look back at that moment on Tuesday… pic.twitter.com/5rHR364x6G

So next time you’re out racing keep an eye out for a Moore. It’s more than likely that there will be one close by!

Advertisement. Scroll to continue reading.
In this article:Brighton, Cheltenham, Chepstow