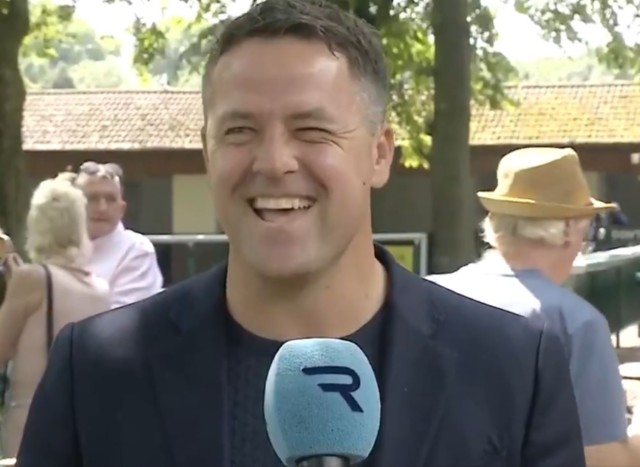 MICHAEL OWEN joked about ‘one of the most embarrassing moments of my life’ as five Liverpool stars celebrated a 22-1 winner with their horse.

Unfortunately the owners couldn’t be here today so I collected the trophy on their behalf. Hopefully it won’t be the only trophy co-owner Jordan Henderson gets his hands on in July. Embarrassingly I promised them I’d do the Hendo trophy lift shuffle if it won #ManorHouseStables pic.twitter.com/mxkcWSc0eg 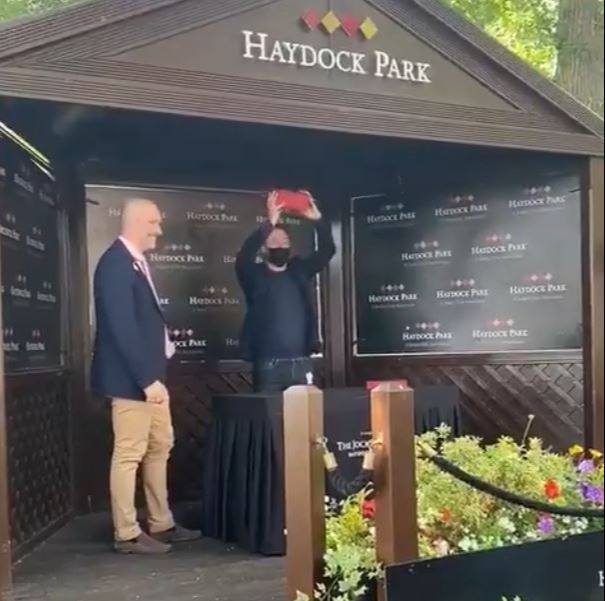 After coming third on debut – the same spot Liverpool finished in the league – he has caught fire in his last two starts.

And a win at Lingfield on June 17 was backed up with a cracking triumph at Haydock on Thursday at giant odds of 22-1.

Owen was the group’s representative at the track and picked up the trophy and £4,266 first-place prize on their behalf.

But he winced when recalling the Hendo shuffle he performed in the winners’ enclosure.

To his credit, Owen posted a clip of the hilarious moment online, complete with his ‘do I have to do it?’ plea at the beginning of the video.

Racing fanatic Owen told Racing TV: “Yeah, that was one of the most embarrassing moments of my life I think.

“But I did promise the lads when I messaged them this morning – because obviously none of them can be here, with Jordan for example at the Euros – but I said if it wins I’ll pick up the trophy for them and do the Hendo shuffle. 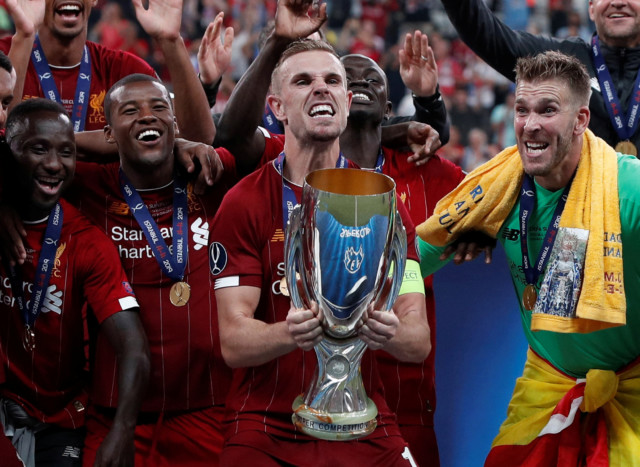 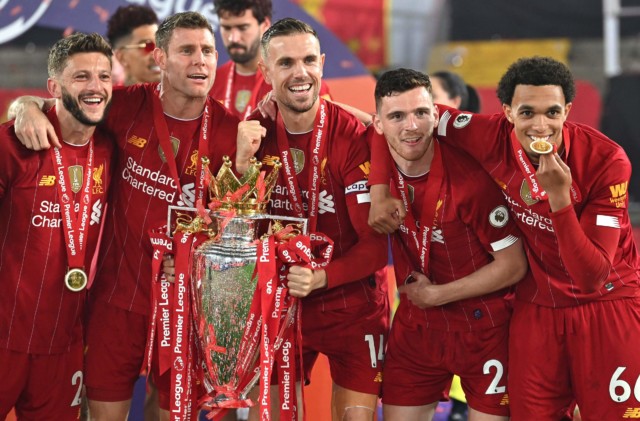 Speaking of how they came to buy the horse – named after Liverpool’s press officer Matt McCann – Owen, 41, replied: “They got into ownership in the last few months.

“They wanted to buy a horse so we went to the breeze-ups and I must say they picked a real good one.

“They’re new into the game and they wanted an early, sharp two-year-old – but he looks more than that. He looks pretty impressive.”

Mr McCann (Kodiac) is likeable and straightforward and makes all under a good ride from @jpelliott95, defying the penalty from well-bred rivals for @TomDascombe at @haydockraces pic.twitter.com/8onHSj24iD

The 22-1 was not enough to tempt Owen, but he said the Kop heroes had had a dabble.

Owen continued: “I never backed him but I’m sure the lads will have had a little tickle on, they backed him last time.

“It’s a perfect start to racehorse ownership for them.

“Hopefully they get the bug and they’ll be in it for a long time.”