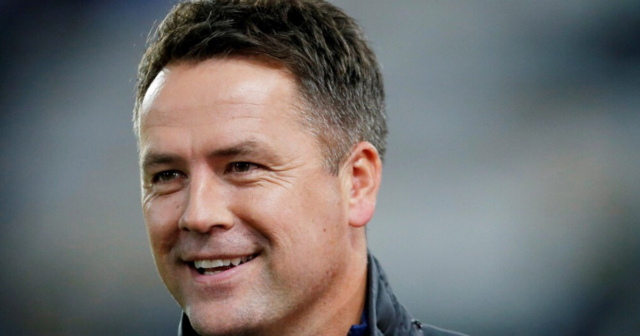 MICHAEL OWEN has made a £36,000 gamble on star sprinter Flaming Rib.

The former England hero, 42, has coughed up the cash so the three-year-old colt can run in Saturday’s blockbuster Darley July Cup.

Owen will hope his £36,000 gamble on Flaming Rib will pay off at Newmarket

FLAMING RIB puts in a brilliant performance to come second in The Group 1 Commonwealth Cup @Ascot under @the_doyler. Well done to all the owners. @themichaelowen @nafuk pic.twitter.com/eW6ZoNuxhP

An unlucky runner-up at Group 1 and Group 2 level in his previous two runs, former Liverpool striker Owen reckons now is the time for his stable star to strike.

Flaming Rib was not entered for the Newmarket showpiece.

So Owen and the horse’s three other co-owners have paid the £36,000 supplementary fee.

He needs to finish third or better otherwise the owners will end up out of pocket.

And a shot at revenge with Commonwealth Cup hero Perfect Power.

He told Nick Luck: “He ran a great race at Ascot and is as tough as nails with a fair amount of ability.

“If we thought he was a Group 1 horse then he would have been in the race already!

“The improvement over his last couple of races has astounded us.

“He is a Group 1 type of horse and we have to give him a chance.

“The supplementary fee – that’s how much the horse cost himself! We have to give him every opportunity to fulfil his potential.

“But he owes us nothing, he only cost £35,000 and has taken us everywhere and is so honest, he’s tough with a great atttidue.

“We’d be foolish not to send him into this type of company.

“Fourth or better from a financial point of view would be great but it’s not the priority, we want to race in the best races.”