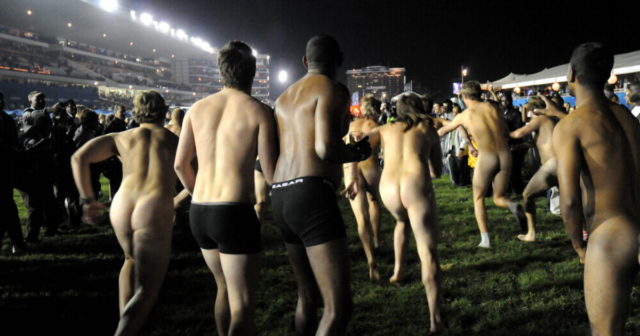 THEY’RE at the start… and they’re off!

Not just the runners – but all their clothes as well. 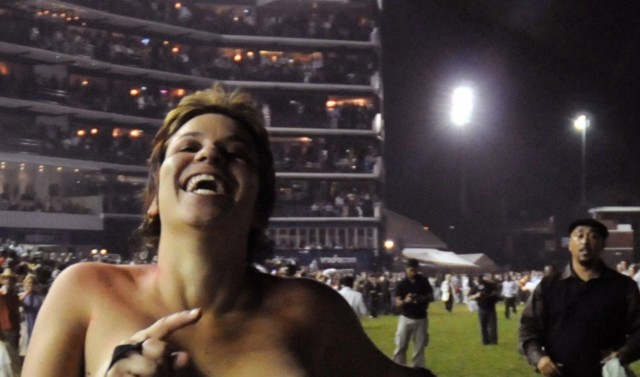 Some women get involved with the famous naked race too – sometimes to the clear shock of onlookers! 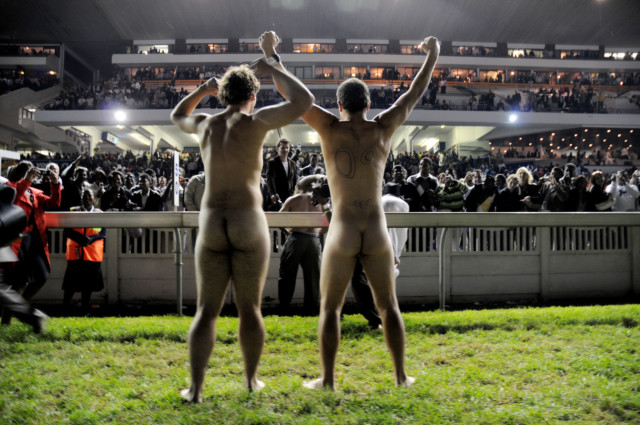 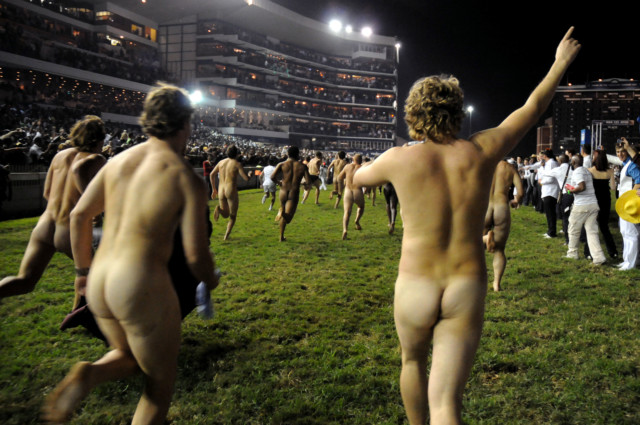 Welcome to the Durban July, the craziest racing festival in the world that has as its showpiece a mass naked race of people.

Named the ’13th race’ at South Africa’s bigget meeting, even Harry’s ex Chelsy Davy couldn’t help but laugh when she took in the bizarre spectacle a few years ago.

When Chelsy was there some 100 men stripped off and ran down the track.

The roughly 55,000 in attendance roared them all on too – with photos showing women getting involved too over the years.

The Durban July at Greyville racecourse labels itself as South Africa’s version of Royal Ascot.

But cast your mind back to last week and the genteel surroundings of Berkshire, with William and Kate being led to the Royal Enclosure in a carriage, and it’s clear this is nothing like it.

Well, except for one thing: the fashion.

And hats at the Durban July are just as big a hit as they are at Royal Ascot.

The bigger – and more colourful – the better.

Men in cheetah-patterned suits and fedoras? You bet.

But there’s no denying the biggest spectacle of the day is the notorious ’13th race’.

Legend has it it started around 20 or so years ago when a local nightclub owner encouraged some of the people in his party to streak.

They didn’t need much convincing and so the race was born.

The winner received a unique trophy which had silicone carved into the shape of a penis mounted onto a piece of wood.

One worker at the track said the trophy was given out ‘for many years’, although the tradition now looks to have – perhaps unsurprisingly – ended.

The meeting itself looks to be back in full, erm, swing though and will be run next Saturday.

Just enough time to dig out that birthday suit.