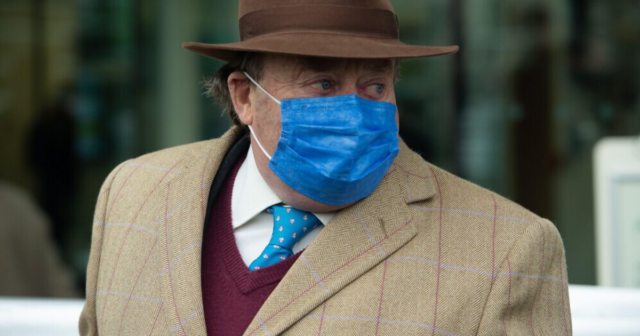 NICKY HENDERSON has revealed his one regret after Shishkin’s epic defeat of Energumene in the Clarence House Chase last Saturday.

Henderson was on hand at Ascot to take in the spectacle, which many have already dubbed as one of the greatest races in recent times.

A late surge from Shishkin after the last was enough to reel in long-time leader Energumene in the dying strides in front of hugely excited Ascot crowd.

But Henderson said after the thriller that he felt a pang of regret – and wished he had changed one thing about how the race unfolded.

Speaking to Racing TV the day after the race, Henderson said: “I actually rather regret it.

“I watched it on a television inside the grandstand and probably lost a little bit of the atmosphere because everybody said it was incredible – the noise, the crowd.

“I was actually inside, rather than outside, which was a shame because I probably missed what what was the best part of it.”

As the race developed Shishkin looked to be in trouble as the previously unbeaten Energumene set a relentless gallop up front. 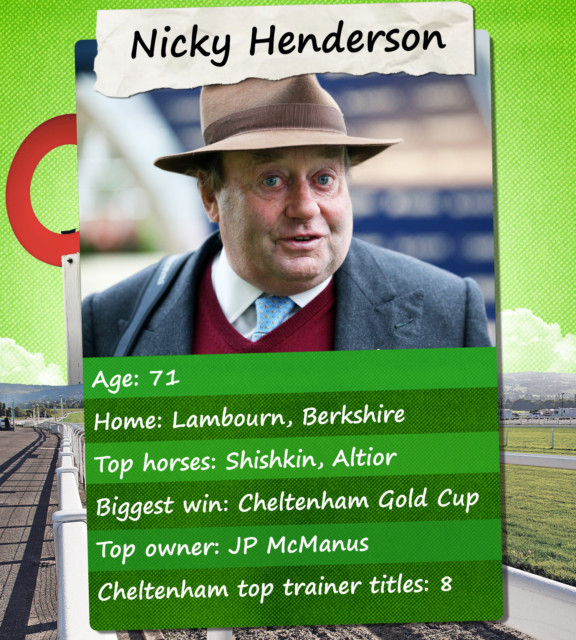 Turning for home, Nico de Boinville was working hard to keep tabs on Energumene, as the Irish raider continued to jump and travel powerfully.

Henderson said: “The best part was the race itself. It had its moments. You’ve got to say, turning in and going to the second-last, we looked in quite a lot of trouble.

“Halfway to the last Nico said he picked up and he thought he’d get him. I was glad he was confident, because I was not that confident until halfway up the run-in when you could see the gap was closing quick enough.

“But they had gone very hard, because they were going very hard all the way. The only sad part of the race was there had to be a loser.

“I was obviously glad it wasn’t us, but Willie (Mullins) is a great mate. We have one thing in common – we are the only two trainers with a trilby on our heads.”

Shishkin’s success at Ascot now sets up the mouthwatering prospect of a repeat showdown in the Queen Mother Champion Chase at Cheltenham in six weeks.

Henderson believes the stiffer finish at Cheltenham may play to Shishkin’s staying strengths despite the race being over a furlong shorter than the Clarence House.

Henderson said: “Shishkin does stay well and Cheltenham is a stiffer track so that will suit. He’s also proven at Cheltenham. It will be a serious rematch and they will want it as much as we do.

“Sprinter Sacre probably didn’t have something of Energumene’s calibre to race against. He was so dominant whereas this time there are two of them.

“The nicest thing was that the race had been built up and those things so often fall flat. It lived up to the billing. Round Two is going to be as exciting as Round One.”

Advertisement. Scroll to continue reading.
In this article:Ascot, Cheltenham