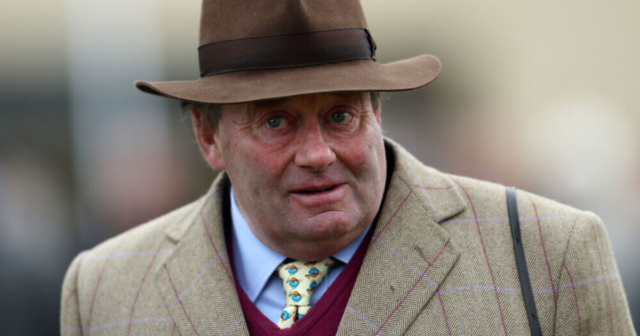 He was the only British trainer to saddle a Grade 1 winner at the Cheltenham Festival earlier this year and he has plenty of quality in his stable again.

Nicky Henderson is set to have another big season over jumps

But for the first time since 2014 Henderson will be without Altior after the top-class chaser was retired earlier this year.

Unibet ambassador Hendo provided us with the latest on his big guns.

He has summered remarkably well. He has grown into a bigger and stronger model and looks fantastic.

We did have to give him a little breathing operation, we became suspicious that it might need tidying up last season.

He will go straight for the Tingle Creek in December and everything has gone to plan so far.

She’s in very good form and we will go down the tried and tested route with her.

The Fighting Fifth will be the starting point and then the Christmas Hurdle at Kempton.

She was so sharp at Newcastle last year, so hopefully it will be more of the same on the way back to the Champion Hurdle.

I thought he was very unlucky not to win at Aintree in April, but it was great to see him run with so much enthusiasm.

We were then looking forward to going up to three miles at Punchestown, but he picked up a nasty injury.

He’s not back in the yard yet, but the leg feels good and hopefully he’ll be back. Age creeps up on us all but we will do everything we can.

He has had back issues in the past and we think he may have aggravated an old injury when he ran at Newbury in February.

We hope that is the reason for his disappointing run in the Gold Cup because he had been brilliant up until then.

At the moment he is going really well and the Betfair Chase is the aim. He won’t run in the King George because he needs to go left-handed.

He ran appallingly at Cheltenham last December and we discovered he had kissing spines, so he had surgery and has been great ever since.

He was impressive at the Cheltenham Festival in the face of the Irish onslaught and won again at Aintree.

We could start him off at Sandown next month in the Intermediate Chase.

I think the sooner we try him over three miles the better – where and when, I am not quite sure.

He is a good ground horse, so we need to get on with it before the ground turns against him.

The King George is definitely a possibility, but I would like to get a run into him first.

He missed last year with a tendon injury and has been held up by another setback over the last couple of months.

The plan was to go novice chasing but we think we will save that for next year and stay hurdling for now.

I haven’t nailed down a date for his comeback but he is looking great.

He made a very good impression when winning on his debut but had a horrible accident after that and missed Cheltenham.

He ran a fantastic race to finish third at Aintree, shaping as though he wanted two and a half miles.

He will stay hurdling this year and could get three miles in time – we are just waiting for the weather to turn for him.

Jonbon cost a lot of money and was impressive in his bumper at Newbury. He is a lovely hurdling prospect.