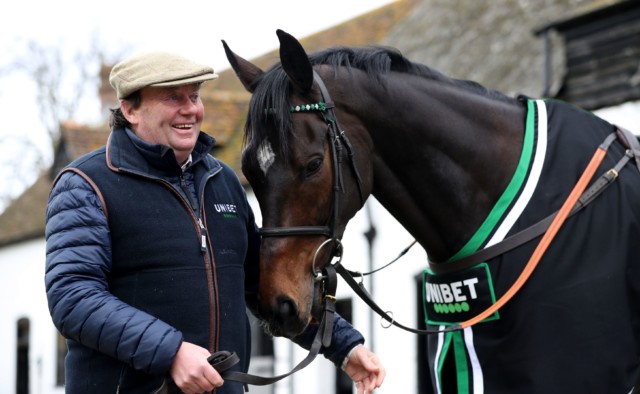 SUPERSTAR chaser Altior will head to Newbury as a warm-up for the Betfair Tingle Creek.

Nicky Henderson’s star will take part in a racecourse gallop ahead of the Sandown feature next month. 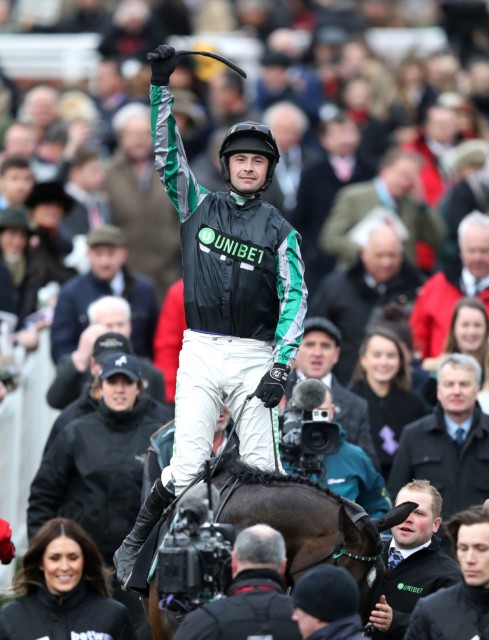 Altior has already won four times at the Festival

The ten-year-old lost his unbeaten record over fences to Cyrname last season at Ascot and then missed Cheltenham Festival through injury.

But his trainer hopes to have him back on song this campaign with a route back to Cheltenham mapped out to start in the Tingle Creek next month.

After stepping up in trip last year, Henderson won’t be making the same mistake this season and his trainer is eyeing up a third Champion Chase.

He’ll carry out a racecourse gallop at Newbury on Tuesday next week in preparation for his much-anticipated comeback.

Henderson said: “Altior will wait for the Tingle Creek. Some of them are going to Newbury on Tuesday week and will be having a gallop there.

“It was always the intention to go for the Tingle Creek first and he will be ready for that. He was never going to go to Cheltenham for the Shloer Chase.

“Having the racecourse gallop will help him and this season it is back down the usual route.

“His jockey Nico de Boinville rode him on Saturday and he was very happy with him. He will start with that gallop at Newbury, then it will be all roads to Sandown.”

Altior is currently the 3-1 favourite for the Tingle Creek with bookies Betway.

Defi Du Seuil is 7-2, with the Paul Nicholls pair of Greaneteen and Politologue 7-1 and 10-1 respectively.

Nicky Henderson’s star is as big as 8-1 for the Betway Champion Chase at the Festival with Chacun Pour Soi currently all the rage at the top of the market.

Did you miss our previous article…
https://www.sportingexcitement.com/horse-racing/how-richest-stud-horse-galileo-worth-180million-more-than-ronaldo-messi-and-neymar-breeds-winners-at-600k-a-pop