Number 22: A Paul Nicholls Cheltenham Festival legend that put up one of the all time Champion Chase performances
Advertisement 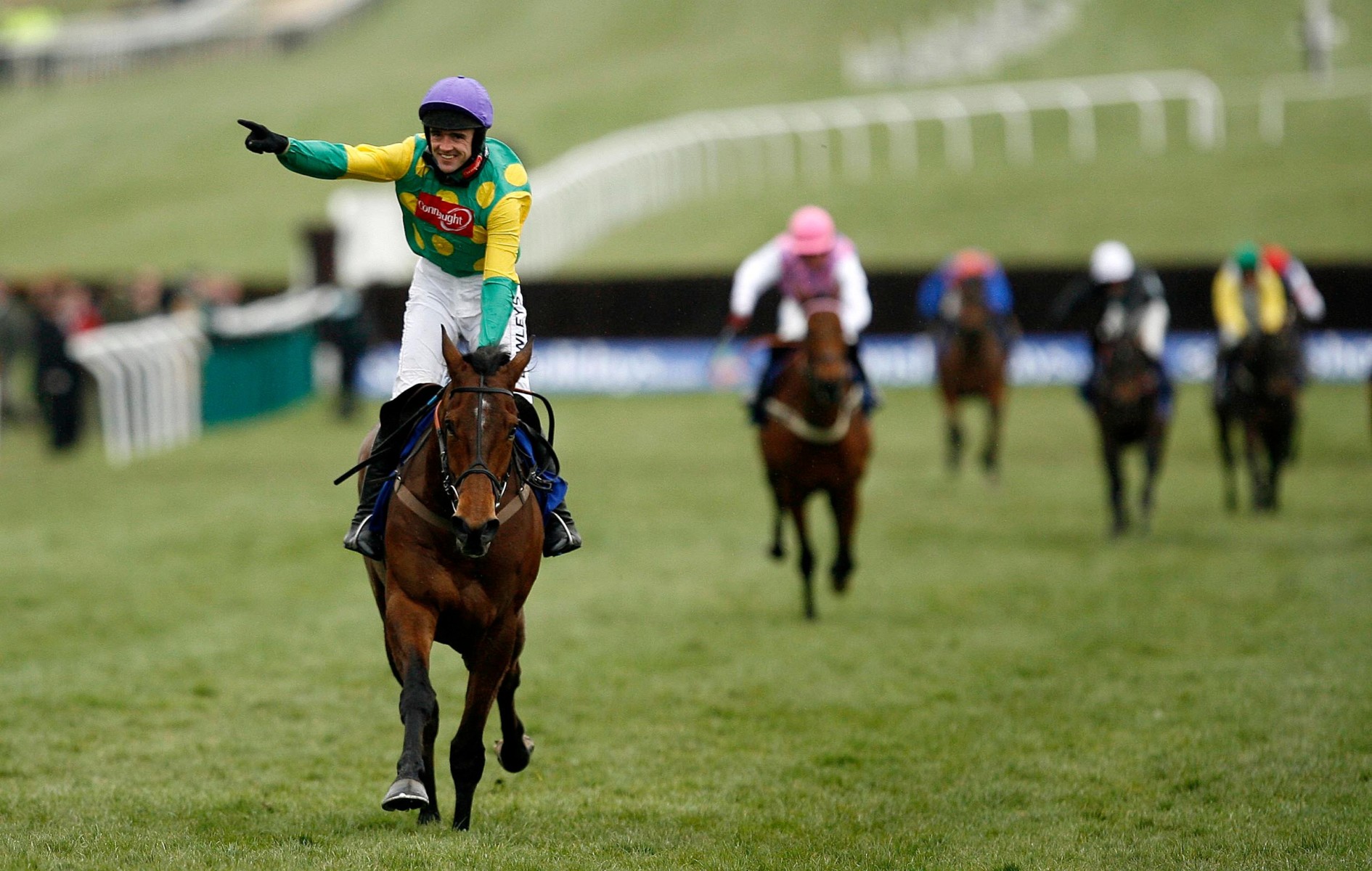 WITH the Cheltenham Festival now 22 days away, the Sun Racing team will be bringing you their ‘Festival 50’ every day between now and 10 March.

For a five-year-old to take apart the Queen Mother Champion Chase the way Master Minded did in 2008 was astonishing.

The French import had burst onto the scene that season and became the youngest horse to ever win the two mile showpiece.

Ruby Walsh had his rivals on a piece of string. As John Francome put it, it was ‘scary’.

It was a rise to fame quicker than any horse in the National Hunt sphere.

Only in January that season, did he win his first race. A Sandown handicap off a mark of 145.

Less than three months later, he was a Champion Chase winner and rated a remarkable 186. He was officially the best in the world.

A Tingle Creek followed in his next campaign, before a Victor Chandler exhibition at Ascot. There was just no stopping this juggernaut of a horse.

Now a six-year-old he was sent off a staggeringly short 4-11 favourite to defend his Queen Mother title.

It was not as an exciting victory as the previous year. But who cares about exciting? Nicholls didn’t.

His name was on the trophy again and he was a dual Champion Chaser at the age of six. Bookmakers offered 4-1 he would win the next two.

A terrible bet that may be, but it displayed just what this horse had achieved in such a short space of time.

But as we know in this great game, all good things tend to come to an end at a time we hope for just that bit more brilliance.

His talent remained there for all to see. Wins at Punchestown, Aintree and Ascot seeing off greats like Somersby, Alberta’s Run and Big Zeb displayed that.

But he never carried it into the Festival again. In his hat-trick attempt he was foiled at 4-5.

A couple of niggles had seemingly done the trick and old rival Big Zeb was victorious.

It was a similar story the next season as despite being sent off favourite once again he was tailed off in eighth, 31 lengths behind Sizing Europe.

His breathtaking Festival moments were now memories, the heyday was over and those early victories had clearly taken their toll.

But they were worth it. Nicholls once labelled him ‘as the best I ever trained.’

While that may have changed at Ditcheat, a legend of the Festival he’ll always be.