Number 28: A Paul Nicholls legend that dominated over fences under Ruby Walsh before injury took its toll
Advertisement 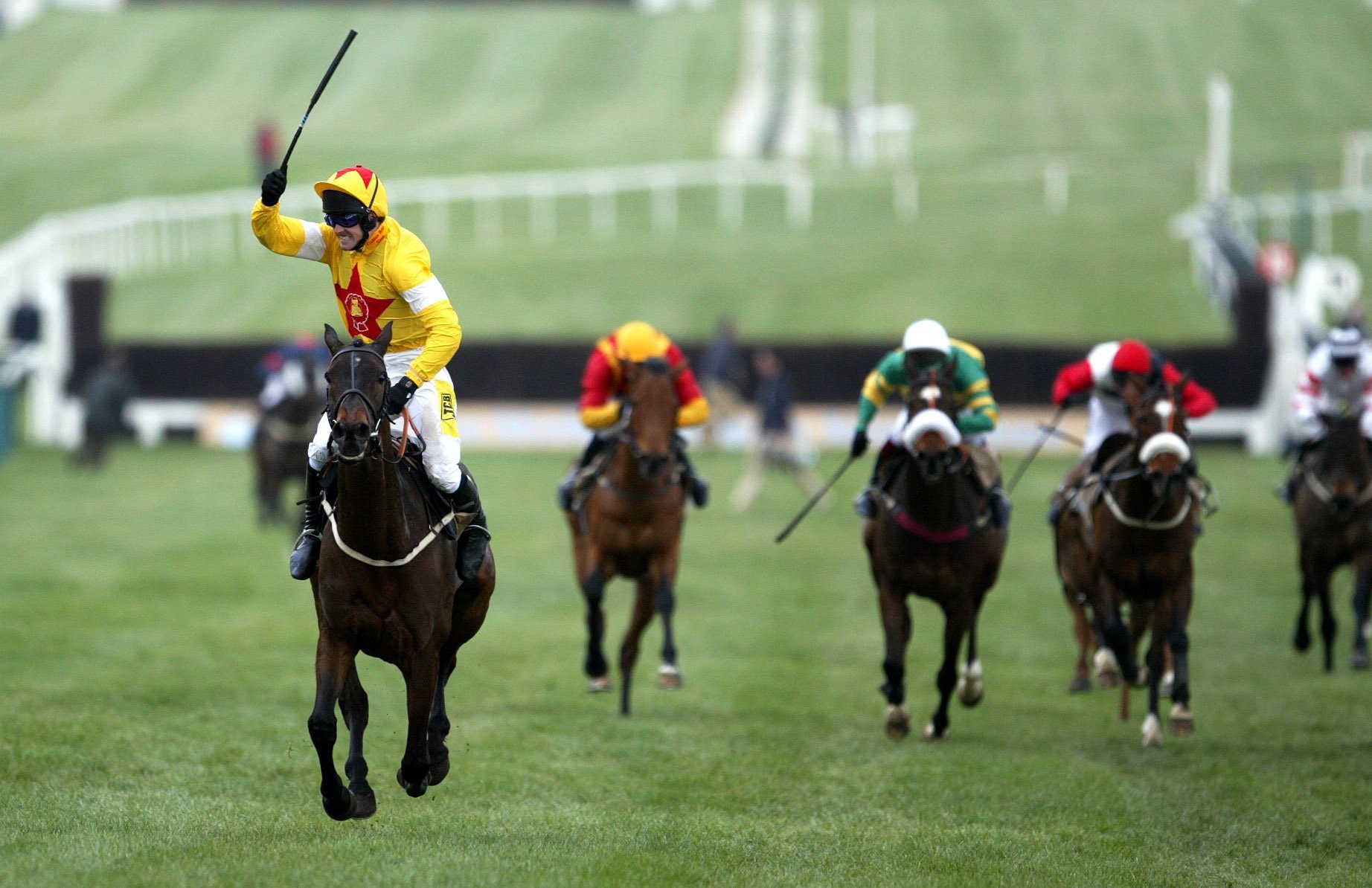 WITH the Cheltenham Festival now 28 days away, the Sun Racing team will be bringing you their ‘Festival 50’ every day between now and 10 March.

The early 2000s were a great time for the two mile chasers.

Moscow Flyer, Well Chief, Flagship Uberalles and the Paul Nicholls-trained Azertyuiop were regulars in battle in all the top races.

All had their moments in the headlines and if not for injury, it may well have been Azertyuiop who grabbed more limelight than the others, especially at the Festival.

A French buy for owner John Hales, he came to life when switched to fences in 2002. He was in a league of his own in the novice division, winning his first three starts by over 70 lengths in total.

He arrived at the Festival for the 2003 Arkle as the one to beat. Punters latched on like he could not lose, the Day 1 ‘good thing’.

Sent off a warm 5-4 jolly, Walsh only had one scare two from home, but was always in charge and he cruised home a ready winner.

It was over ten lengths back to Impek and Isio who filled the places. While it wasn’t the strongest Arkle, the winner was superb and was ready to shake up the big names who had dominated the two mile division for what felt like an eternity.

But as ever, the switch from novice to open company was not plain sailing…

On his first foray with the big boys, he unshipped new rider Mick Fitzgerald at the first fence in Exeter’s Haldon Gold Cup.

The Tingle Creek was next and reunited with Walsh he finished second to the legendary Moscow Flyer at Sandown. No shame in that.

A defeat at Ascot was followed by a win in the Game Spirit Chase and then all roads were back to the Festival for another clash with Moscow Flyer. The stage was set.

However, like so often, the build-up proved too much. Moscow Flyer fluffed his lines and departed four from home.

However, Walsh and Azertyuiop were foot perfect and it would have taken a huge run from the Flyer to have beat the pair anyway. Unfortunately we will never know how it would have played out.

But Nicholls proved his star could cut it right at the top and he looked to have the world before his feet.

The following year he put his Exeter hoodoo behind him when bolting up in the 2004 Haldon Gold Cup, but a step up in trip failed in the King George.

A routine victory over Well Chief in the Game Spirit set him up for another showdown with Mosocw Flyer in the 2005 Champion Chase. The scene was set, again.

But yet again punters were denied a fair fight. Azertyuiop, normally water tight over his fences, jumped the sixth miserably and it was a miracle he managed to get up for third.

Moscow Flyer ran out the winner, with Well Chief second – who Azertyuiop brushed aside at Newbury a month beforehand.

What could have been? We will never know as injury cut Azertyuiop’s career short and he only managed one more run before being retired at eight.

A champion for sure, but perhaps one that just got away.