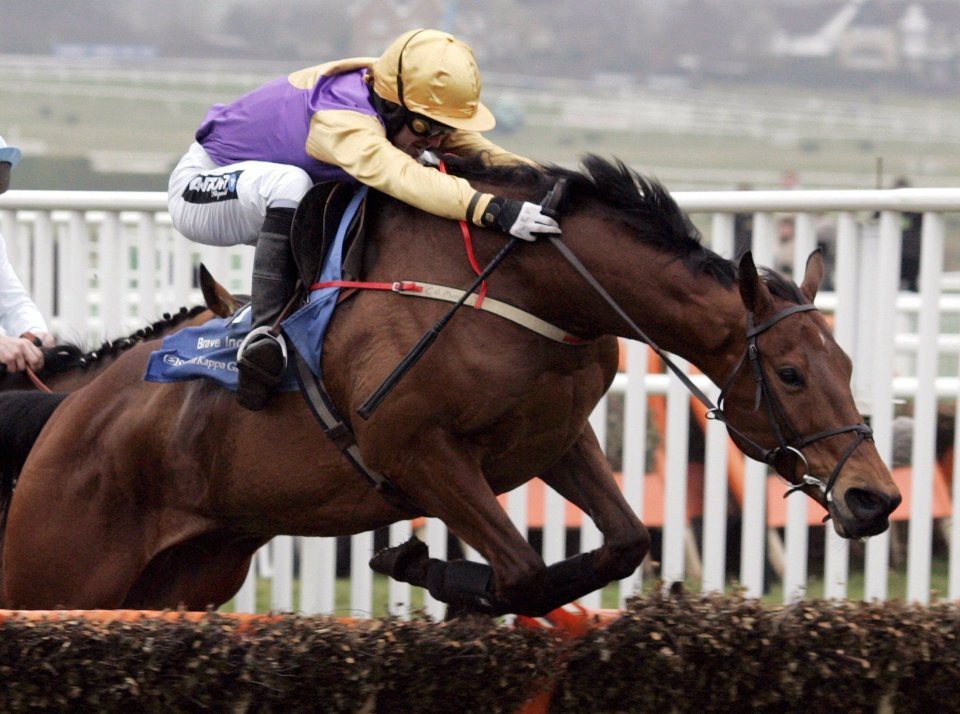 WITH the Cheltenham Festival now 35 days away, the Sun Racing team will be bringing you their ‘Festival 50’ every day between now and 10 March.

Never has a horse been more aptly named than Brave Inca. He was as tough as old boots.

Colm Murphy’s superstar started his love affair with the Cheltenham Festival back in 2004 when, following a superb novice campaign, he arrived as the 7-2 favourite for the Supreme.

It looked a case of ‘how far’ as he came there swinging under Barry Cash approaching two out, but he was forced to pull out all the stops by future Gold Cup hero War Of Attrition to win a thriller by a neck.

He found life tough in the 04-05 campaign, with a string of placed efforts culminating in a near-miss in the Champion Hurdle, beaten just half a length by Hardy Eustace in third in an unforgettable race, with Harchibald fractionally ahead in second.

But his finest hour came the following spring when he returned for the re-match with Hardy Eustace.

This time he was coming into the race in the better form, and he was punted off the boards on the day of the race into 7-4 favouritism.

AP McCoy was in the saddle this year, and the champ was in no mood for mucking around, giving Inca a couple of reminders at halfway.

The horse immediately responded, picked up the bit and locking horns with Hardy Eustace from four out.

The pair of them traded blows like a pair of grizzled street brawlers, neither wanting to give in.

Hardy cracked first, and it was left to the strong-travelling Macs Joy to deliver the final challenge.

But there was no way the Inca was letting him past and he fought on tenaciously to win by a length, sending McCoy and the crowd wild.

McCoy said: Hes an absolute machine in every way. As Muhammad Ali said – youve got to have the will and the skill and the desire, and this lads got everything. I love him!

And who could argue. What a horse.