Number 37: The immortal AP McCoy ride that sent the crowd wild at the Cheltenham Festival
Advertisement 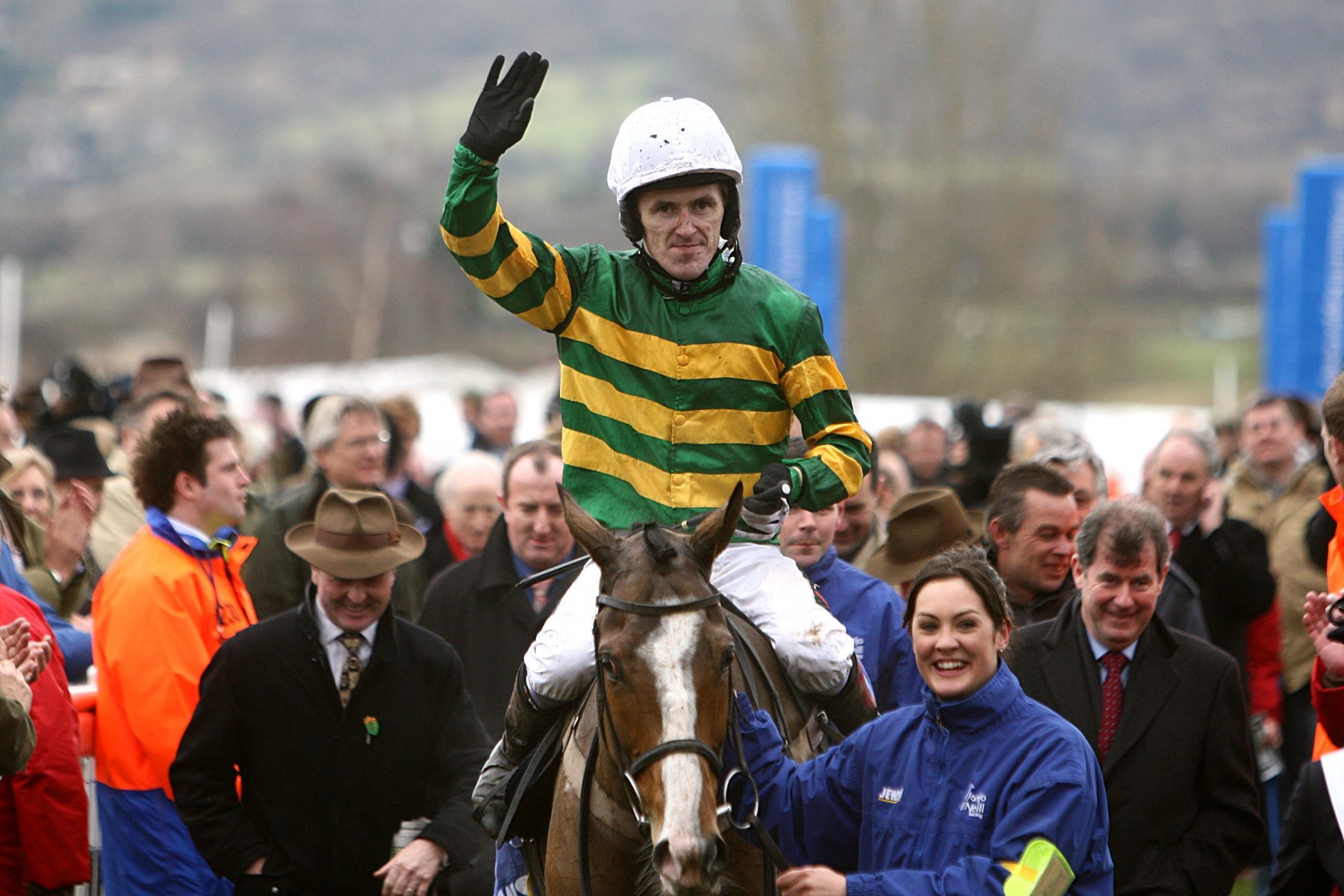 WITH the Cheltenham Festival now 37 days away, the Sun Racing team will be bringing you their ‘Festival 50’ every day between now and 10 March.

There are many classier animals on our countdown than Witchita Lineman – but I doubt few could match the JP McManus-owned chaser for pure grit and determination.

Trained by Jonjo O’Neill, the gelding’s never-say-die attitude made him such a popular horse with punters. And very popular with his jockey, AP McCoy.

His first Festival success came in 2007 in the Brit Insurance Novices’ Hurdle (now the Albert Bartlett).

He capped a superb novice campaign with a brilliant win as the 11-8 favourite, storming clear to win by 12 lengths having been left well clear at the last by the fall of Black Harry, who was held at the time.

But his chasing career took a while to warm up, hence he lined up in the William Hill Trophy off a very tempting mark of 142.

There was an avalanche of money for the horse throughout the day and he was sent off the 5-1 favourite, but his jumping was iffy and he was under the pump at half way.

He was just starting to make ground when a mistake three out seemed to put an end to his chance.

But the 20-time champion jockey picked him up and got him going again in the home straight.

The crowd could sense that he was still in the fight, and after the last he delivered a withering late charge to collar Maljimar on the post, sparking wild celebrations in the stands.

It was an incredible performance, one which a delighted Jonjo captured perfectly after the race.

He said: “Even going to the last I thought that he had too much ground to make up. But (McCoy) is a magic man and Witchita is a magic horse.

He was sadly lost in the Irish Grand National on his next start. But not before he had written his name into Cheltenham legend.