Number 38: The Gold Cup clash that never was but gave Nigel Twiston-Davies and Paddy Brennan their biggest moment
Advertisement 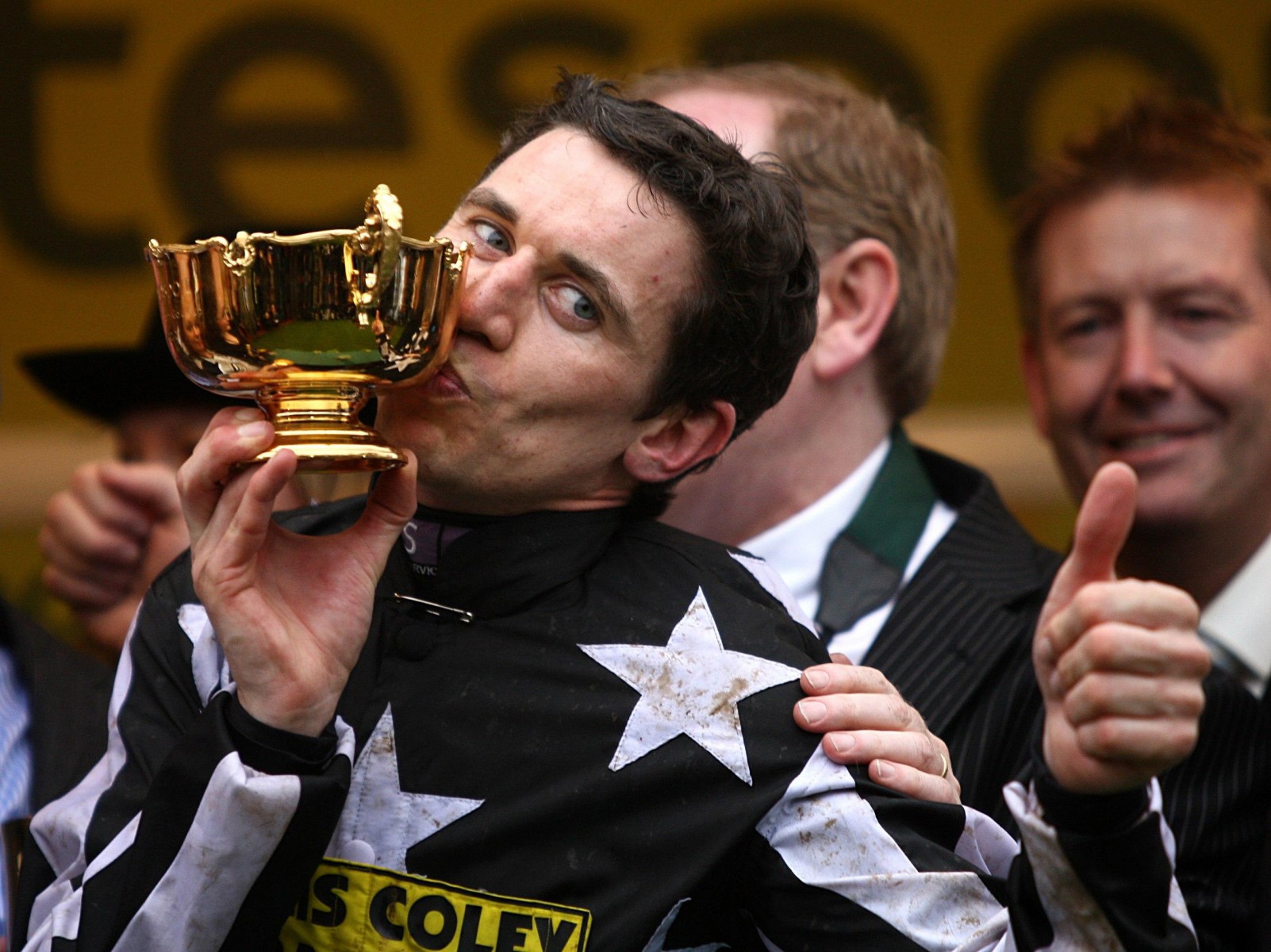 WITH the Cheltenham Festival now 38 days away, the Sun Racing team will be bringing you their ‘Festival 50’ every day between now and 10 March.

Billed as Round 3 between the legendary Denman and Kauto Star, the 2010 Gold Cup never delivered on that promise.

The Nicholls juggernaut came up short. Kauto Star – the 8-11 favourite – fell a way out under Ruby Walsh and Denman was shy of his brilliant best following a battle with Carruthers some way out.

But step forward Nigel Twiston-Davies and the biggest smile on the circuit, Paddy Brennan.

Imperial Commanderhad triumphed in the 2009 Ryanair, but had failed to win in three attempts in the run up to the Gold Cup. That included a 64 length defeat in the King George.

But he’d been freshened up by Twiston-Davies and punters gave him a reasonable chance, sending him off at 7-1 hoping the return to his beloved Prestbury Park would do the trick.

It did more than that.

Brennan was always sitting pretty just off the pace and as Denman and Carruthers slugged it out and Kauto fell when beat four out, there was only one winner.

As ever, Denman did not go down without a final fight, but Brennan could even give the crowd a ‘Shhhhh’ as he crossed the line.

As Fridays go, this was one even Carlsberg would have been jealous of. Minutes after Twiston-Davies was lifting the Gold Cup to the Cotswold faithful, his son Sam rode his first Festival winner in the Foxhunters for the yard.

Baby Run landed that prize and then in the last race of the week, Pigeon Island did the honours in the Grand Annual. Some treble…

But Imperial Commander’s love affair with Cheltenham was not just a one time thing.

In 2008 he’d again been stuffed in the King George, but perked up for the big one once again.

The Ryanair was his target and once again he saw off an odds-on jolly. This time it was Alan King left reeling as his Voy Por Ustedes was turned over.

The Festival means a lot to everyone in the game. But for Twiston-Davies and Brennan it meant that little bit more. And it showed. Good on ’em.