Number 41: The horse who rose through the ranks to give AP McCoy a great day in the saddle at the Cheltenham Festival
Advertisement 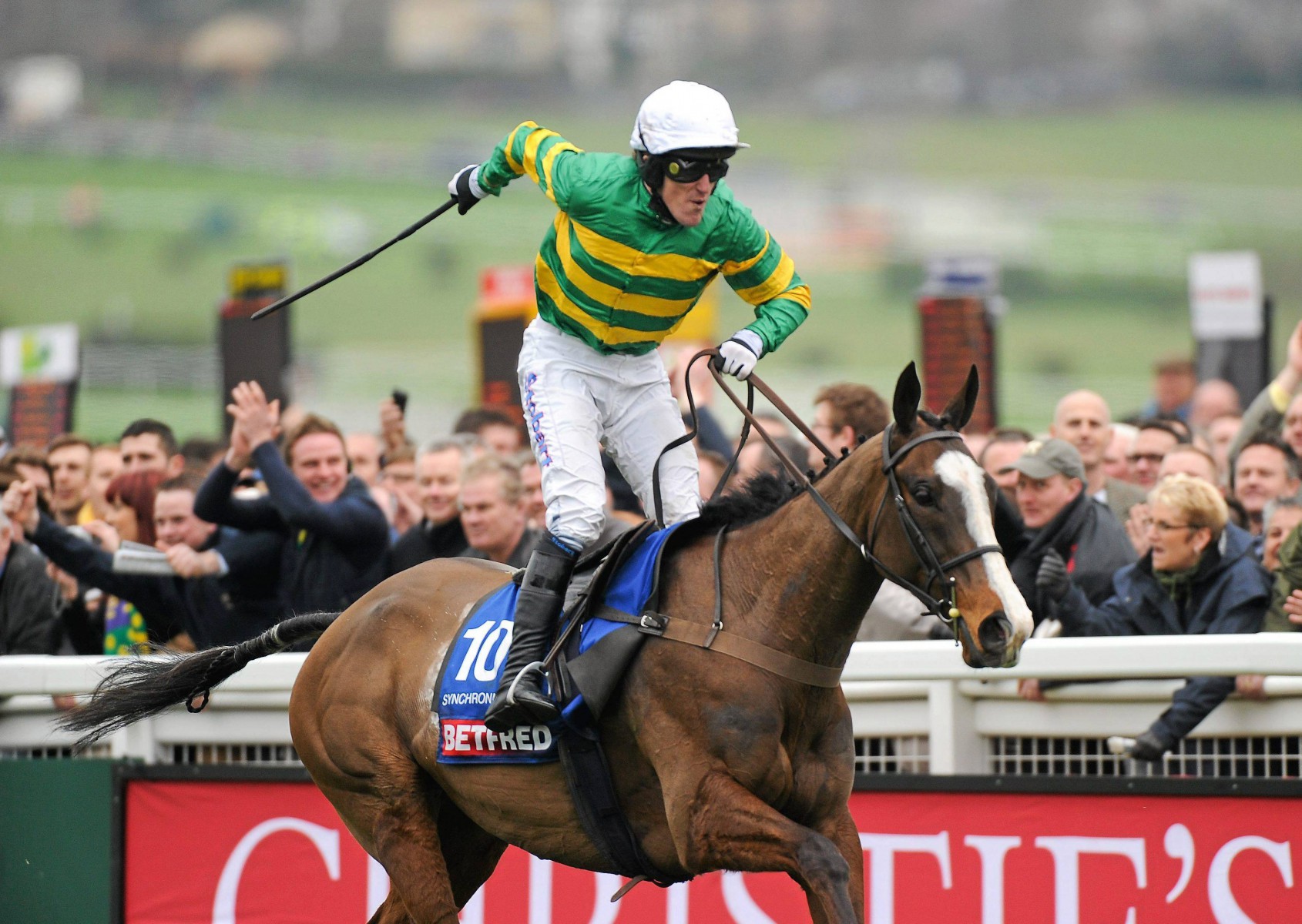 WITH the Cheltenham Festival now 41 days away, the Sun Racing team will be bringing you their ‘Festival 50’ every day between now and 10 March.

You will do well to find many tougher cookies than Synchronised.

If ever a horse and jockey were made for each other, it was this gutsy lad and 20-time champion jockey AP McCoy.

The pair teamed up for some epic days in the famous green and gold of JP McManus.

They slogged through the mud to win Midlands and Welsh Nationals and brushed aside the cream of the Irish crop in the Lexus.

But their finest hour came in the Cheltenham Gold Cup of 2012, one which was jam-packed with drama.

Kauto Star, chasing an unlikely third win in the Blue Riband, dropped through the field like a stone early in the piece and was swiftly pulled up by Ruby Walsh.

The applause and cheers than spontaneously rang out around the course still make the hairs on the back of the neck stand up.

So as one legend bowed out, the door was open for another horse to write his name into Festival history.

It looked unlikely for 95% of the race that Synchronised would be that horse, as he was virtually flat to the boards throughout.

But he just would not give up, and despite a few iffy leaps he was clinging onto the leaders coattails under McCoy, who was at his magnificent best.

In a race of rapidly changing fortunes, the outsiders Time For Rupert and The Giant Bolster each loomed up and threatened a shock win, while the favourite Long Run was in there pitching throughout.

But, having been outpaced after three out, Synchronised dug deep at the foot of the hill and charged down the outside to lead after the last having been thrown at the final fence by his rider.

He stormed clear and McCoy, who later admitted it was his best ever ride, went wild in the saddle.

What a day, what a ride, what a horse. He is sorely missed.