Number 45: The top two-miler who gave the Moore and Preston families a fairytale win at the Cheltenham Festival
Advertisement 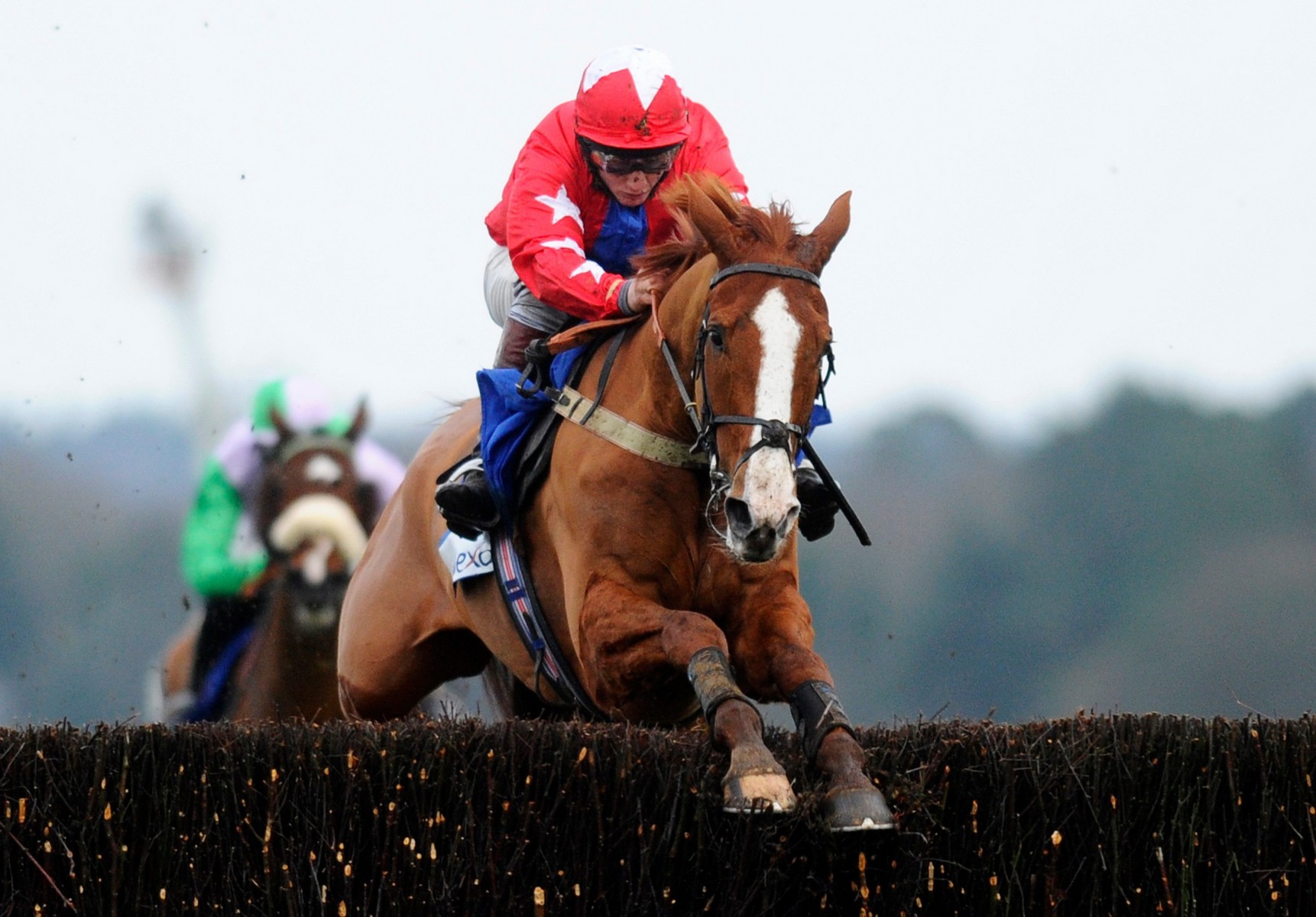 WITH the Cheltenham Festival now 45 days away, the Sun Racing team will be bringing you their ‘Festival 50’ every day between now and 10 March.

There have been some great stories at Cheltenham over the years.

And that of 2014 Champion Chase winner Sire De Grugy is right up there with the best of them.

To celebrate businessman Steve Preston’s birthday, his family and a group of friends clubbed together to buy a share in a racehorse, having never delved into ownership before.

They approached trainer Gary Moore who agreed to help fund the purchase of Sire, who had been located in France by jockey Jamie Moore.

The money was pulled together and the horse was bought. The rest is history.

He was smart over hurdles, winning the Grade 2 Dovecote at Kempton as a young horse, but he really excelled when sent chasing.

The 2013-14 season was expected to be a procession for the reigning champ Sprinter Sacre, but that rival sidelined, the door was left ajar for a horse to stamp their class on the division.

And that is exactly what the flashy chestnut did.

He swept all before him in the Tingle Creek and Clarence House, but a defeat earlier in the season in the Shloer Chase meant many were writing him off as he returned to Cheltenham for the big one.

Loyal followers couldn’t believe their luck as the bookies pushed him out to 9-2 on the morning of the race.

But those on course hoovered those odds up, and as the field turned into the straight with two to jump, the Sire was firmly on the steel.

He winged the final two fences and stormed clear, sparking huge celebrations in the stands and the winners’ enclosure among the owners. The popular Moore was mobbed with congratulations.

There was a fantastic moment when winning rider Jamie Moore, who had never ridden a Festival winner before, admitted after the race:

“I was going so well four out, I asked Ruby Walsh (on Arvika Ligeonniere) what I should do! I’d never been in a position like that before.I absolutely love the horse to pieces.”

It was the feel-good story of the season, with ‘the little guys’ taking on and beating the established powerhouses. Lovely stuff.