Number 50: Popular hurdler Get Me Out Of Here took punters on a rollercoaster ride at Cheltenham
Advertisement 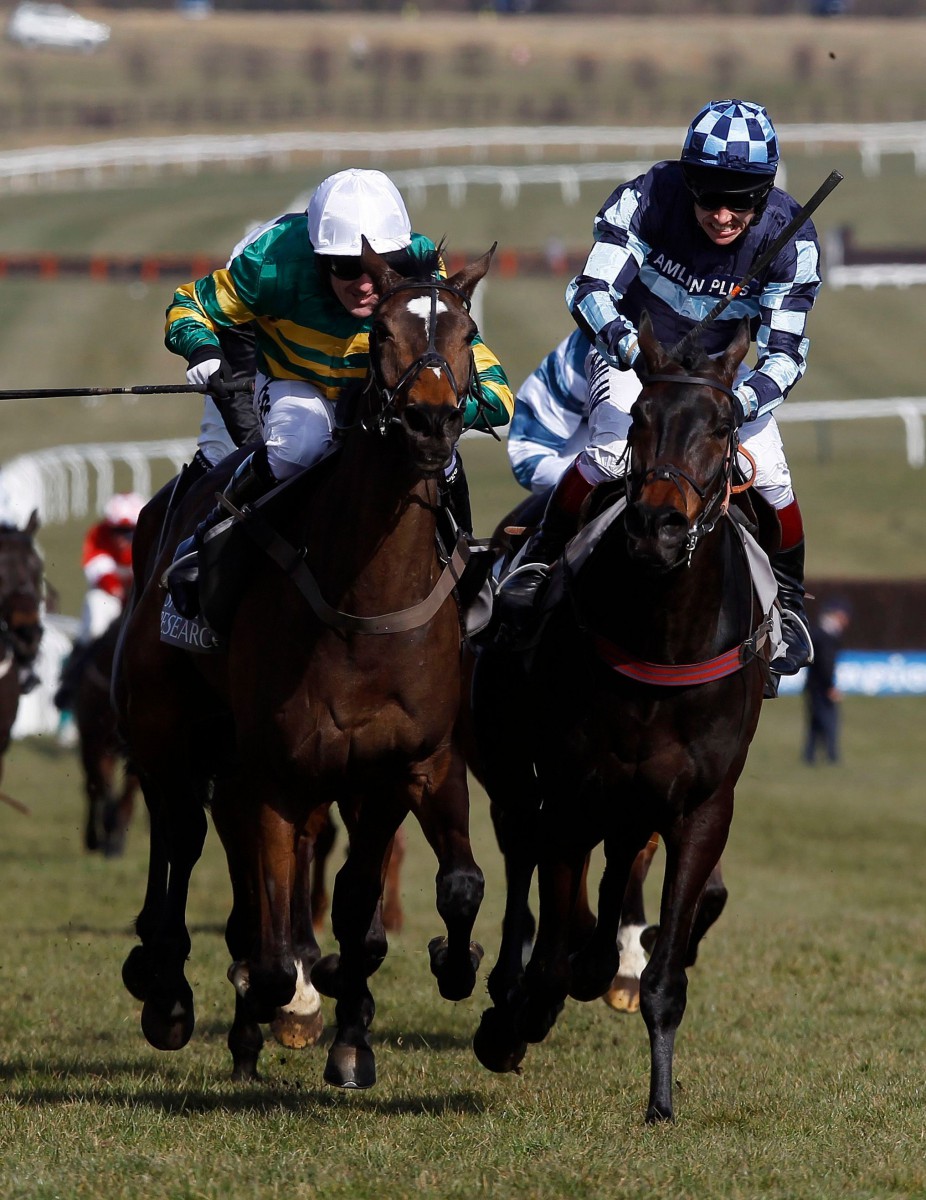 WITH the Cheltenham Festival now 50 days away, the Sun Racing team will be bringing you their ‘Festival 50’ every day between now and 10 March.

That was Jonjo O’Neill’s post-race assessment, through gritted teeth, as the highly-talented but equally frustrating Get Me Out Of Here was beaten in a photo to the 2014 Coral Cup.

It was indeed the fourth time that he’d had to settle for silver when gold looked likely, with three of those runner-up efforts coming by a nose, a short-head and a head.

Undoubtedly unlucky not to taste success at the Festival, the JP McManus-owned hurdler built up a loyal following when taking to the turf in mid-March.

Yours truly included. And the bittersweet love affair started in 2010 as he was pipped in a thrilling finish to the Supreme by Menorah under an inspired Richard Johnson.

He gave his all but was beaten by the better horse on the day, and he looked to have the world at his feet with a Champion Hurdle campaign looking likely for the following season.

But his form fell off a cliff and he was beaten out of sight in three runs during the winter, meaning he was diverted to the County Hurdle off 148 at Cheltenham.

This was undoubtedly the darkest day that Get Me Out Of Here followers experienced throughout his rollercoaster of a career.

Everything had seemingly come right; the ground was drying out, the sun was shining and he was getting the strong pace he so badly needed.

He was gambled, 16s into 7s, and a flying leap at the last looked to have secured victory with AP McCoy in full cry.

But Ruby Walsh came from the clouds to nail him right on the jam stick on Final Approach, winning bythe width of a fag-paper.

It took several stiff ones and plenty of soul-searching to get over this result. Watching the replay, I’m still convinced he’s won.

But there was something about this smooth-travelling, come-from-behind son of Accordion, and the punters piled in again in the 2012 Coral Cup.

He was sent off the well-backed 6-1 joint-favourite, only to be scuppered by Son Of Flicka (subject to a huge plunge himself) on the run to the line.

His supporters were denied their annual dose of heartbreak in the 2013 World Hurdle, but that was rectified a year later when, off a very tempting mark of 148, he had a second crack at the Coral Cup.

Now a 10-year-old, this was surely last-chance saloon, but there were nibbles of support in the betting and over the last it looked like this would finally be the day.

But Whisper, four years his junior and with a fresh-faced Nico De Boinville on his back, had other ideas and found extra in the last strides to edge the result.

In a strange way, it’s horses like Get Me Out Of Here, with his string of agonising defeats, that sum up why racing is such a great game and the Festival so special.

Such performances on such a stage send you through a range of emotions that you rarely experience any other time of the year.

A smashing horse with a white-knuckle running style, this Festival stalwart is a legend in his own unique way.