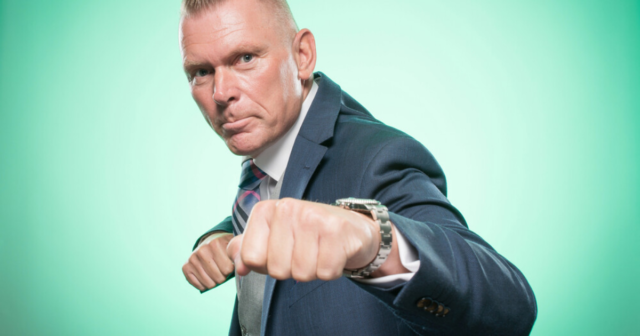 THE Haydock Park Sprint should be scrapped and replaced with a six-furlong all-weather Group1 dash. There, I have said it. Sacrilege.

Now before you all go crazy, and say oh my that can’t happen, hear me out.

Sprinters – the horses we breed to go super fast – can only do that on a decent surface.

Such is the weather in Europe, it’s massively unlikely any Group 1 sprint after the July Cup will be run on quick ground. That’s just crazy.

Now I love Haydock, the atmosphere there on Sprint Cup day is fantastic.

And it’s fair to say there was nothing like the same experience when Newcastle hosted the 2019 Group 1 Vertem Futurity won by Kameko on the all-weather.

But that said, high class sprinters deserve to able to strut their stuff on a sound surface.

And the Haydock Park Sprint no longer has a crucial place in the calendar, as there is a similar event on Champions Day at Ascot.

Now they are fine warriors who we have grown to love, but as the planet changes the ground at Haydock just gets worse and worse in September. Of course there will be exceptions to the rule, but that trend will continue.

Where are the July Cup winners going to Haydock?

Now there was Dream Ahead back in 2011, but surely we want to see sprinters like Lethal Force, Muhaarar, Oxted and Starman in a September dash?

Starman was forced to go to France in rubbish conditions for him, but he’s a classic example of a horse who could strut his stuff in an all-weather six-furlong Group 1, even though I actually know his owners are not massive fans of the artificial game.

Some out there will be old fashioned purists and lose sleep at the thought of my clearly sensible idea.

Even some young forward thinking minds are not convinced.

Champion jockey Oisin Murphy told me: “I’ll be honest and I think the Haydock Sprint fits in well. The six furlong horses can freshen up from Newmarket and go to France or Haydock and then Ascot.

“Obviously the ground can be slow but it’s a good programme.”

And an atmosphere on the all-weather could be created. I suspect a Group 1 sprint at Newcastle marketed well with some of the world’s top horses would attract a large local crowd, much bigger than a juvenile Group 1.

For those of you saying this must never happen that’s fine. But just accept that after the July Cup no sprinter who likes to rattle their hooves is likely to encounter the surface they desire.

Next week I’m so lucky to be at York for four days under the care of the ITV team, and I can’t wait.

With the ramifications of Covid still very much to the fore, when the ITV shifts come out one looks straight away in the hope of being on the list for festivals like the Ebor meeting and seeing one’s name is a right buzz.

Wednesday’s class Juddmonte International should be a cracker, and marks the return of the Eclipse and Classic hero St Mark’s Basilica.

He looks a super three-year-old for Aidan O’Brien, but faces the likes of Mishriff – behind at Sandown but better at Royal Ascot – and possibly Alcohol Free up in trip. It’s always a fabulous race.

O’Brien holds the key to the Yorkshire Oaks should the incredible Epsom and Curragh scorer Snowfall line up. The filly currently heads the betting for the Arc later in the year. Tarnawa would be interesting should she turn up. The Breeders’ Cup heroine returned the other day with a snug success.

Stradivarius tries to return to his best in the Lonsdale Cup, where there will have to be some juice on the surface to allow Goodwood Cup and Group 1 victor Trueshan to take is chance for Alan King.

Then there’s the Nunthorpe, likely to feature Suesa who was so impressive at Glorious Goodwood, and possibly Dragon Symbol, who so deserves a big success after knocking at the door following his disqualification in the Commonwealth Cup.

On Saturday I’m at Newbury for ITV. You have to pinch yourself in this job. There are goodies being chucked at you all the time. Enjoy people.