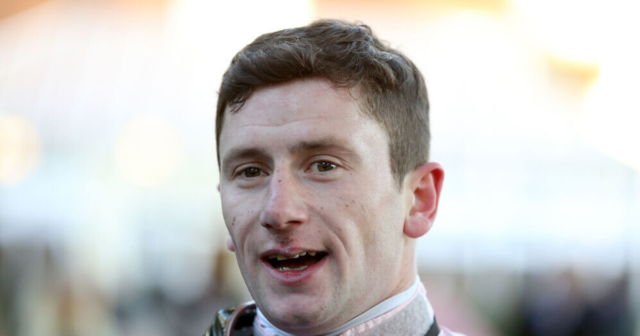 THE scene was set for a final day shoot-out with all the tension of a western duel…and we certainly got the good, the Baaeed and the ugly.

Champions Day at Ascot, the jockeys’ title still up for grabs and the most glittering cast of equine superstars on the tenth anniversary of this fantastic event.

So often the practice doesn’t come within 20 length of the theory. Yet not this time. Yesterday we had the lot…like a mini Royal Ascot packed into one magnificent racecard.

The good came with Jim Crowley, who rode a sensational 229-1 treble – all for Shadwell Estates, the racing operation of the late and much lamented Sheikh Hamdan al Maktoum.

The Baaeed…that was the horse of said name, the new kid on the block who outbattled the mighty Palace Pier to land the Queen Elizabeth II Stakes.

And the ugly? Well unfortunately that came in the shape of Oisin Murphy, who made it a hat-trick of titles…and then acted like a spoilt brat after receiving his trophy.

Murphy is an outstanding riding talent, there is no disputing the fact. His toe-to-toe battle with William Buick throughout the final fortnight has been a joy to witness.

Sadly, though, while the young Irishman has been different class in the saddle, he has shown little of it on terra firma.

Yesterday morning Sunsport revealed how, the night before he failed a riding breath test and was stood down at Newmarket recently, he was involved in an alleged pub scrap.

At 26, of course Murphy is still in many ways just a kid. Although that can be no excuse for the unseemly confrontation in The Yard, a boozer in racing’s HQ.

So when he got his trophy, after all his thank-yous and tributes, surely now was the time to at least show a little contrition?

You’d have thought so. Just a basic “I’m sorry, I made a mistake, it won’t happen again.” At least holding his hands up and admitting maybe he had been just a tad out of order.

Well if he thinks he wasn’t that night in Newmarket, he most definitely was here. Let’s just say the horses, the trainers and the bulk of the jockeys were a credit to the sport.

Oisin Murphy was anything but. After a couple of minutes of sharing the credit – and for that, at least, fair play young man – he wasn’t so keen to address other matters.

When the subject strayed near the – in his eyes – taboo, he said: “My ambition is when I open the papers tomorrow, you focus on the equine stars on show today. We have had some fantastic racing.”

No disputing that, Oisin. But when it comes to that boozy night – and let’s face it, you don’t fail a breath test unless it’s been one of those – did he have any regrets?

Not even the hint of an answer this time, as he pushed the dictaphone away and said: “That’s enough of that.”

This is a guy, remember, who should be the poster boy of his sport. The best in the business, with the racing world at his feet…and acting like a sulky teen who’s .

Thank Heavens, then, for Crowley. And Buick too, for that matter, who were both dignity personified in celebrating glory for one and a near miss for another.

Crawley’s terrific trio came courtesy of Eshaada in the Fillies and Mares, ended with Aldaary in the Balmoral, with Baaeed the star of the show in between.

Gentleman Jim could barely believe it himself when he admitted: “This is one of the best days racing I’ve ever seen, let alone been part of. It’s been a fantastic day.

“I’m sure Sheikh Hamdan is looking down, and it’s so sad he can’t be here because he would have been absolutely buzzing about today. He loved Ascot.

“I’ll struggle to ever beat this – it’s been a great day and you have to savour the moment really.”

Jewel in the crown was Baaeed, now unbeaten in six, after beating the world’s top miler in Palace Pier.

The best Crowley has ever ridden? No need to think long on that, as he insisted: “Oh yes for sure.

“He came into it unbeaten, Palace Pier is a very, very good horse and we didn’t take him lightly, but he won.

“And I think he will be even better next year. We haven’t got to the bottom of him yet. This is a very, very good horse. He’s going to be a beast next year.”

Yet on Champions Day, the final word has to go to the champion himself…and you know what they say about what happens when you give ‘em enough rope.

On whether he’d have the same hunger to go for a fourth title on the bounce, he had no doubt, saying amongst other things: “I am 26-years-old and I still feel like a child.”

At least that’s one thing we agree on then…because at times he’s certainly acting like it.