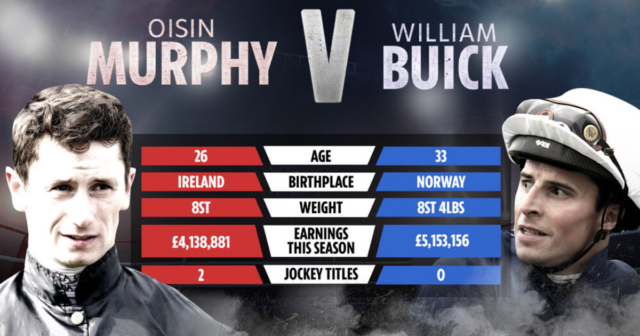 THE fight for the jockeys’ title between Oisin Murphy and William Buick looks set to go down to the wire in a nailbiting finale.

In a booking that could be crucial, Murphy has got the ride on Alcohol Free on Saturday in a race which may yet decide the outcome.

Buick was booked in for eight rides on Monday and won the first – but remarkably three of his next four rides were withdrawn.

Still, he looks to be going Flat out to take the champ to final day of the season at Ascot.

There, in the star-studded Queen Elizabeth II Stakes, Murphy will be reunited with Andrew Balding’s three-year-old filly.

It is not yet clear who Buick will ride but he could easily go for Godolphin’s Master Of The Seas, who he finished second on in May’s 2000 Guineas.

The Revenant remains third-favourite at 13-2 but is weak in the market.

At the start of play on Monday, Murphy, who won Saturday’s big Cesarewatch handicap on Buzz, was as short as 1-6 to defend his champion jockey title.

Wins on Alcohol Free, such as at Glorious Goodwood’s Qatar Sussex Stakes, propelled him to the top with 148 victories at the time of writing.

But it will have been a worrying sight for the 26-year-old Irishman as Buick closed the gap – especially after his defence looked all but in the bag.

Buick, 33, banged in five winners at Newmarket on Saturday and another at Goodwood on Sunday – before his rotten luck hit on Monday.

The fight for top jockey will be decided on Champions’ Day at Ascot on Saturday.

The jockey previously got removed from his mounts in July 2019 for the same offence.

Murphy apologised for his latest setback and said: “”I was requested to take a breath test at Newmarket today.

“I blew under the drink drive limit but over the riding limit.

“I’m sorry to all the people I’ve let down today. I take full responsibility.”

Bookies confirmed the race for victory is still very much on, with Murphy’s price on winning the title for a third straight year drifting. 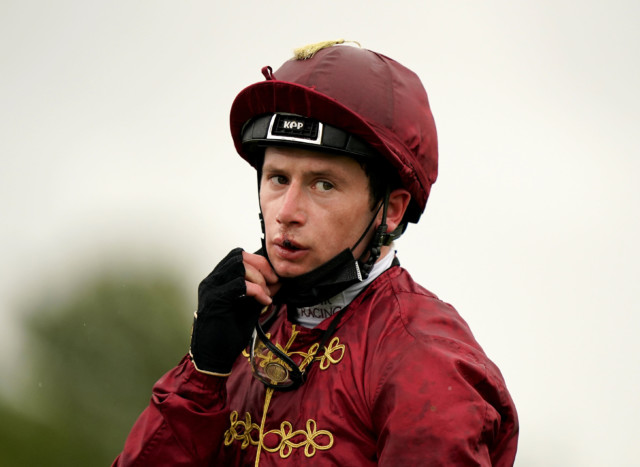