One horse I’ll always have itchy feet to ride is Frodon.. he’s mischievous and it was squeals of joy last time
Advertisement 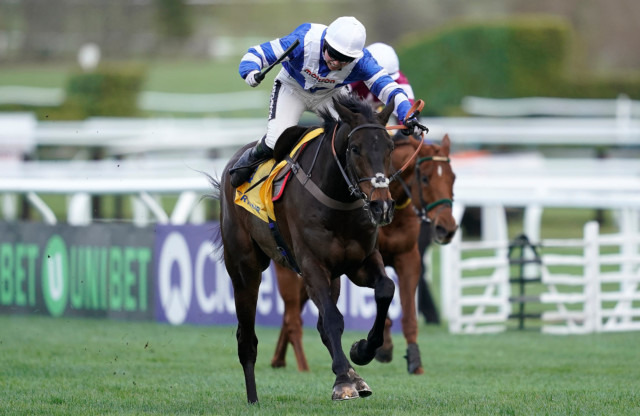 IT feels like the jumps season is really starting to kick off now we’re heading to Cheltenham.

And one horse I’ll always have itchy feet to ride is Frodon.

On Thursday morning it was great to sit on him again in a schooling session at Ditcheat.

He was as boisterous as ever and went round squealing — although that could probably have described me too!

He’s one of the most vocal and mischievous characters in the team and, to be honest, one horse I have near enough zero control of in the school!

That makes it fun watching the pair of us going around.

His season starts this afternoon at his favourite track and I am really looking forward to getting out there and getting our season kicking.

Obviously where he goes from here is all down to Paul Nicholls and he’ll have that well mapped out – there will be a Plan A, B, C and D, as there is with every horse under his training wing.

I’ll just concentrate on riding Frodon wherever it may be, enjoying every second because having a horse like him in your career is what you aim for as a kid. To say I have one is pretty epic!

I still remember when Paul first told me I’d be riding him. 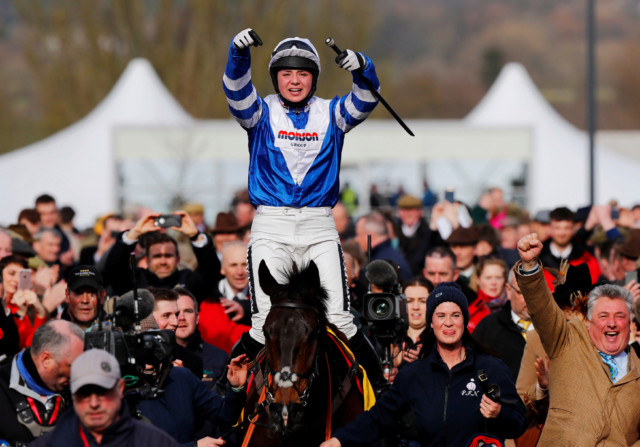 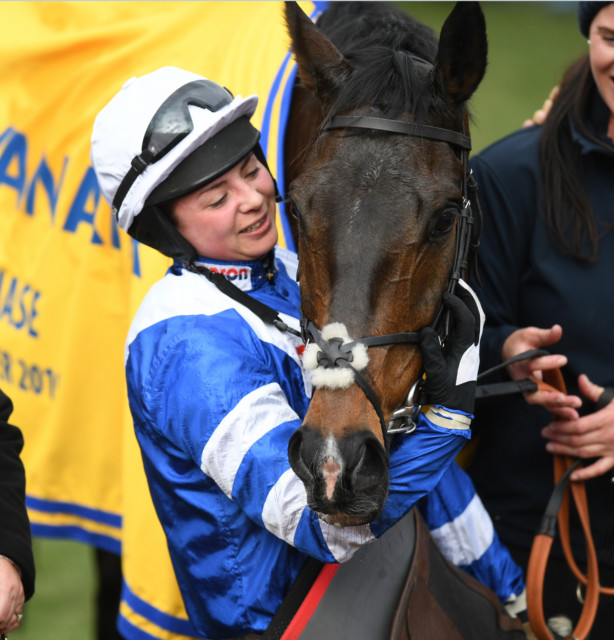 He was a horse I’d always watched in the yard and I looked like a kid in a sweet shop when I left the office knowing I’d have a chance to race Frodon.

His owners Mr and Mrs Vogt have always been supportive, always upbeat and are great people to ride for.

When Frodon won the Caspian Caviar Cup our prize was exactly what it says on the tin!

Well, I didn’t have a clue what to do with caviar but Mr Vogt assured me chips was best to go with it. Fish and chips is my celebration dinner . . . so it was along the same lines that night!

Frodon does seem to enjoy taking the mickey out of me.

He’s so super intelligent you might as well put learner plates on his backside when I’m schooling him at times.

Holley Evans, on the other hand, who rides him every day – she’s so tiny but runs marathons too I may add – seems to have the measure of him.

When he goes out in the morning he finds it very funny to try and set off the whole string – he’s a real joker.

I still pinch myself at the levels he’s taken me to. Just schooling horses like him, their power and ability, is a pleasure I will never take for granted.

It all starts for him today and we’ll see where we go from here, but he certainly looks great!

It’s just great to be back into the thick of it again now we’re racing over jumps every day.

You know it’s that time of year when the waterproofs come out and you don’t need to look at the weather forecast – just assume it’s going to be raining most of the time! 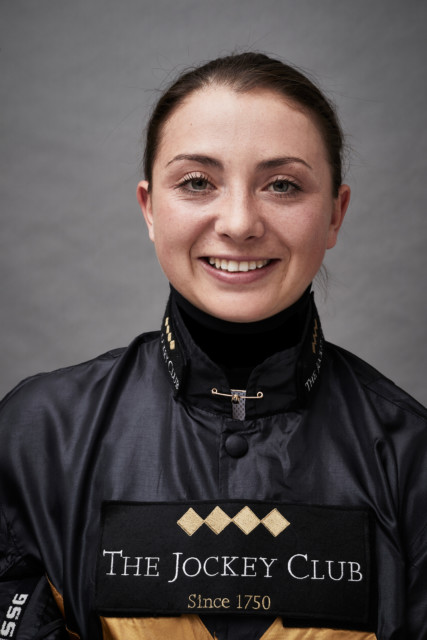 It has been a tough few months for all in racing — and the country — and we were lucky in many ways that the bulk of the jumps season had been and gone when things first got really bad.

Personally I spent quite a bit of the summer back home in Devon, helping the family break in young horses and it was like going back to being a teenager. I was working for dad and our deal was I got dinner!

I did find it easier getting out of bed than I did as a 14-year-old — probably because this time I didn’t have to go to school.

I went camping without tents with my brother Hadden and got back to living fairly feral again!

But however good that was, you can’t beat actually racing – even when things don’t always go your way, like they didn’t on Wednesday.

I was on Éclair De Guye for Lucy Wadham at Fontwell and it was all going well when the saddle started to slip going down the hill last time. I spent four months out earlier in my career because of it – it is a nightmare.

Éclair did remarkably well to get beaten only a neck, because it couldn’t have been easy for him with me rolling around on his back while he was trying to jump his fences.

Tack failure is so frustrating for all of us, especially when you get beaten so narrowly.

Next time I reckon I’ll get the super glue out and we can have another crack at it.

Lucy Wadham has become a new yard for me to ride for this season and our start has already brought a winner with Regrading Ruth, so we will keep kicking!

Another one to keep an eye on is Seelotmorebusiness who is owned by the Stewart family and trained by Paul Nicholls. He won for us at Ffos Las last Sunday.

He is a perfect stamp of a chaser who is finding his feet. When I asked him to hit top gear he really impressed me the way he responded.

It is great when a young horse who is learning his job is eased into his career and can come to the track and start perfectly. When you get a young, exciting one with a bright future making a debut like he did it is one of the rewarding parts of being a jockey.

He is a small relation to See More Business, who won the Gold Cup for Paul, so a big name to follow but exciting to see where he can go.

We will see what the weekend brings . . . keep kicking, stay safe!

In this article:Cheltenham, Ffos Las, Fontwell