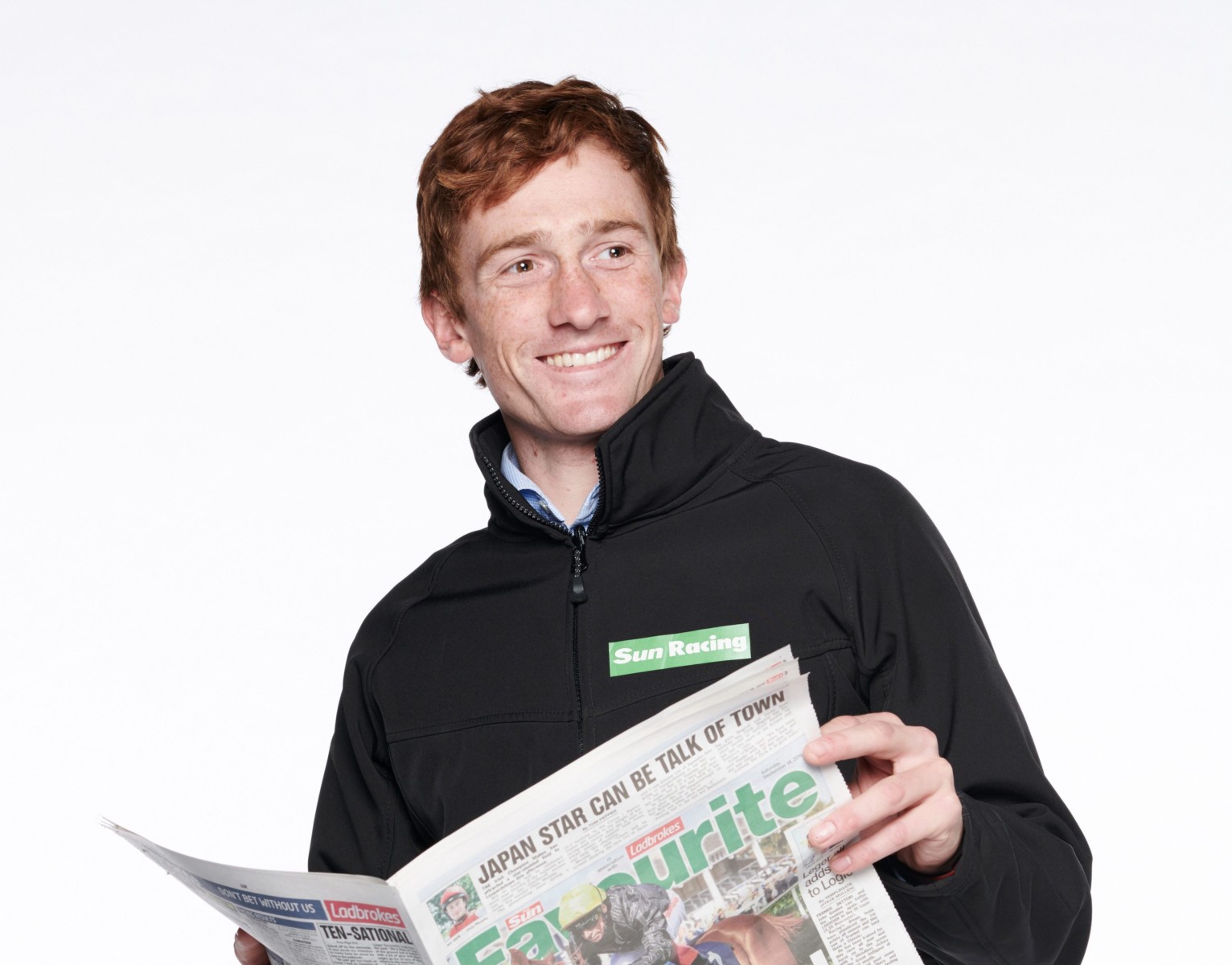 THERE isn’t a jockey around who hasn’t had a dream of winning the Grand National — and I reckon mine could come true this afternoon.

It’s just a pity it won’t be for real. A virtual horse with a virtual me on top,  for now that’s as close as any of us can get.

Mind you, if Ballyoptic — the horse I would have been on in the actual race — does win the computerised version today, I’m sure my celebrations won’t be virtual!

I know we’ll all be watching ITV with interest when they screen their CGI National just as the tapes should have been going up at Aintree.

When you’re going stir crazy for some live sport, it will be great to see the closest we have to the real thing.

Hopefully it will raise loads for the NHS charities and, even though it’s only a bit of fun, of course I’d love to see Ballyoptic come home in front.

There hasn’t been a lot to laugh about these last few weeks, but I had to chuckle when they revealed the runners and riders for the CGI race.

Jamie Bargary really wasn’t happy when he saw Tom Bellamy was on Crievehill and not him!

He wanted to know why he’d missed out as he’s ridden him plenty of times. That has to be a first — getting jocked off a cartoon horse!

To be fair it was all done with a smile, although I’m not so sure he’d have been so laid back if it had happened for real.

It will be interesting to see how it pans out, too, because I genuinely believe I’d have had a great chance of winning the National today.

Ballyoptic has a great weight, because after he won at Ascot in February, the handicapper said he would have put him up if he could.

When we ran him in the Becher this year, the objective was to see if he could negotiate his way round — and he did that well.

He’s got a touch of class, and — although I know this is the oldest saying in the book — there wouldn’t be too many I’d swap him for. He ticks a lot of boxes.

I’ve won the Charlie Hall on him and a big handicap at Chepstow, as well as Ascot, so it’s obvious why I am really attached to him and it would be great if he won today.

I’ll definitely open a bottle of champagne — maybe a couple — if he does. And I’ll make sure Jamie gets some after missing out!

Talking of drinking — well eating to be honest — I’ve never done as much cooking as I am right now.

Me and my girlfriend Nicola Currie usually eat out at restaurants, so doing the shopping and having to check up when the food goes off is a new experience.

We’re trying to be healthy but it’s heavy going  and as for this cooking business . . . I think Domino’s pizza will be getting some hammer pretty soon.

The jumps horses have all been roughed off now, so me and Nicola have been riding out for Jamie Osborne, who is busy getting them ready for when the flat resumes.

A lot of the trainers are obviously keeping people out for safety reasons, but we’re both fit and well, so have been down at Jamie’s.

Johnny Burke has been there a few times as well, so it’s nice to see a few others, because you do miss the banter and fun of the weighing room every day.

We’ve got all the apps set up, the Houseparty one and stuff, so there are plenty of ways to keep in touch, although of course you can’t beat the real thing.

That’s all good fun at the moment, although after a couple of months of it I’m not sure we’ll say the same thing. Of course, though, the priority is safety for everyone at this time and getting through this together.

It’s tough at the moment, but hang in there and enjoy the good times when they are here again. I’ll take a virtual winner for now, but you’ll never beat the real thing.

Advertisement. Scroll to continue reading.
In this article:Aintree, Ascot, Chepstow