PICTURED: Punters flock back to the race track in thousands again as lockdown restrictions ease across the country
Advertisement 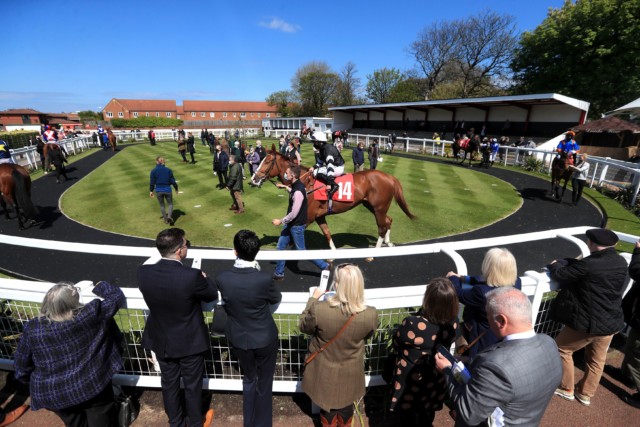 PUNTERS flocked back to the racecourse in their thousands on Monday afternoon.

Redcar and Carlisle were the first to welcome back spectators this year – with racing largely continuing behind closed doors through the pandemic. 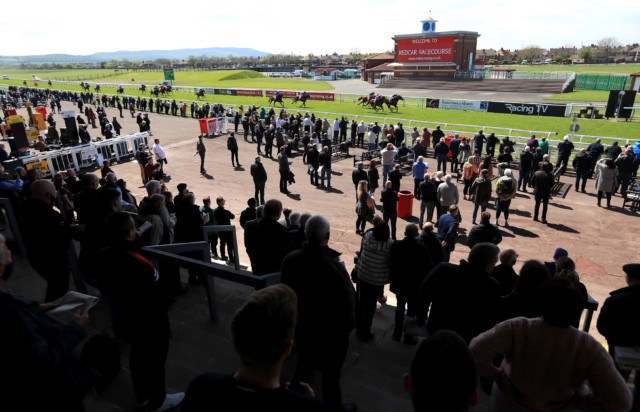 Punters watched on from the stands at sunny Redcar 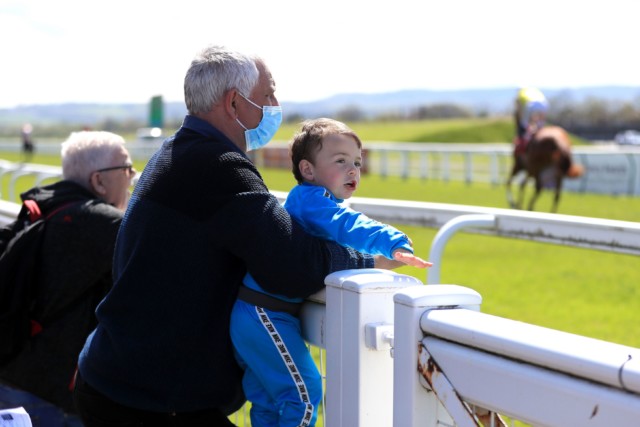 Young and old were keen to get back on track

The cards may have been average at best, but to punters and on-course bookies, it felt like Royal Ascot and Cheltenham rolled into one.

The sun was out, bets were placed and winners were finally cheered home again.

Among the first paying customers through the door were Carlisle native Craig Hamilton, his partner Louise Williams and five-month old baby Mikey.

“It’s fantastic to be back. It’s nice to get back to some sort of normality and to get dressed up and do something,” said Hamilton.

“We were just saying, we don’t think we’ve been racing since August or September 2019, so it’s almost two years and we probably go six or seven times a year usually.

“This is Mikey’s first day at the races. Hopefully he’s a lucky charm!”

And for jockeys and trainers it was a welcome return to some normality after months on end of racing at empty courses.

Trainer Tim Easterby was at Redcar to saddle his runners, and said: “It’s grand, great, fantastic, wonderful – it’s absolutely brilliant and even the sun is shining and the ground is good.

“It has been soulless going racing this past year, horrendous. I’m so pleased to see people back, it just feels like normal.”

He said: “It’s so good to see the crowds back – this is what it’s all about. There’s just that extra bit of atmosphere and it does make a difference.

“It’s fantastic to see. I think there were a few of the two-year-olds in the first race thinking ‘what is going on here?’, as they’ve never seen so many people. It’s great to have everyone back.”

Samuel Black was one of 10 bookmakers allowed to take pitches on track at Carlisle.

He said: “We’ve been on track for owners at Kelso and Musselburgh, but it’s obviously been very quiet. It’s more of a service for them and getting us out of the house. From a business point of view, it’s been a waste of time.

“The last time we were racing with a full crowd was at Uttoxeter on Midlands Grand National day last year – the day after the 2020 Cheltenham Festival.

“We did go to Haydock twice with a small crowd at the end of last year, similar to this today.

“Business today is workable. For a midweek fixture, it’s as good as could be expected really. Obviously it’s not as good as a weekend, but it is workable.

“It’s nice to be out and see the sun again – we’ve been pale for a year!

“We have a good pitch at Glorious Goodwood and we just hope we’re back to something like normal by then.”