Pro punters plan to target Cheltenham Festival with £20,000 drones that give them split-second advantage in betting
Advertisement 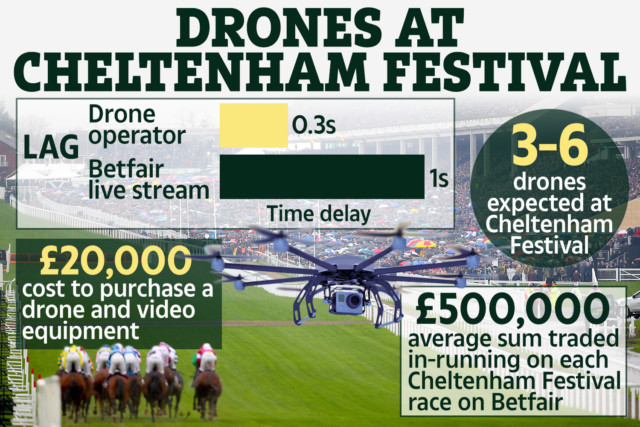 PROFESSIONAL punters are planning to target Cheltenham Festival with £20,000 drones that give them the edge in betting.

The drones – which can also be bought for as little as £16 online – have HD cameras attached that live-stream the action.

But crucially, the drones relay the footage near enough as it happens.

This is vital for the behind-closed-doors meet because often punters betting in-running watch a stream which lags behind the live action.

The lag, known as latency, can be the difference between getting a bet on in time or not – a split-second is all it takes.

Drone footage is just 0.3 seconds behind the actual live action, whereas a stream on a betting website can be as much as a second behind.

The multi-million pound battle between those using drones, betting companies, racecourses and picture rights holders is set to take centre stage at next month’s Festival.

Around £500,000 is bet in-running on Betfair in each of the seven races on all four days of the Festival – the biggest punting week of the year.

The Racing Post report that between three and six drones are expected to be in the air at any one time.

The crafty practice has already attracted the attention of police.

Cops launched a probe after a drone came down in parkland next to Chepstow racecourse on Welsh Grand National day last month.

And in Ireland a man was arrested after police were called to where he was flying one near Punchestown racecourse.

The drones – a top end model weighs about 3kg – can be operated from a range of beyond 1km and can fly to ‘several thousand feet’, according to the government website.

It is usually a two-person job, requiring one to fly the drone and another to view the image.

Those wanting a cut of the action can pay for access to the footage.

Drones must be registered with the Civil Aviation Authority, those in charge need a flyer or operator ID and must know about the safety regulations of the airspace where they intend to fly. 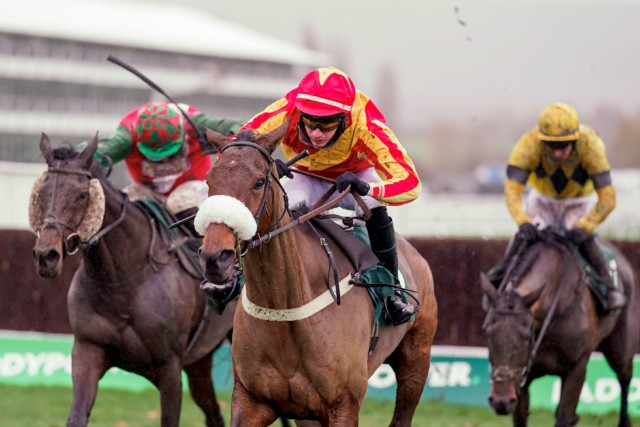 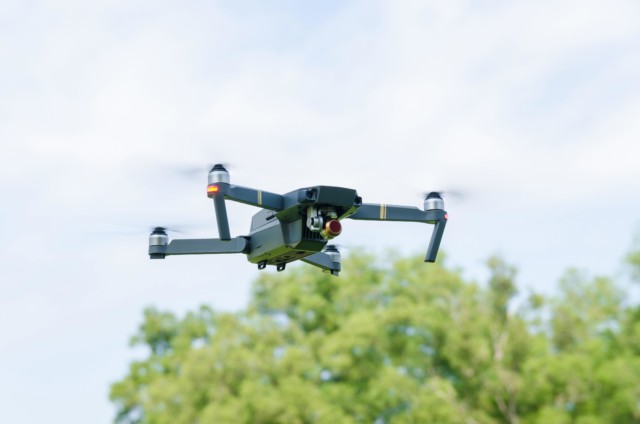 The drones can provide crystal clear HD footage that lags as little as 0.3 seconds behind the actual live action

So this is something that takes quite a bit of planning.

But huge money is at stake.

The Racing Post report one punter with an annual betting income of £100,000 is expecting his profits to ‘soar’ after buying one.

Picture providers and bookies hope to fight back against the practice by improving the speed of the streams shown on betting websites.

Barry Orr, head of racing PR at Betfair, said: “The integrity of live pictures is of the utmost importance to all within the horse racing industry.

“While the picture providers have reduced the latency of their feeds there is work to be done by them to further reduce the delays punters are experiencing.”