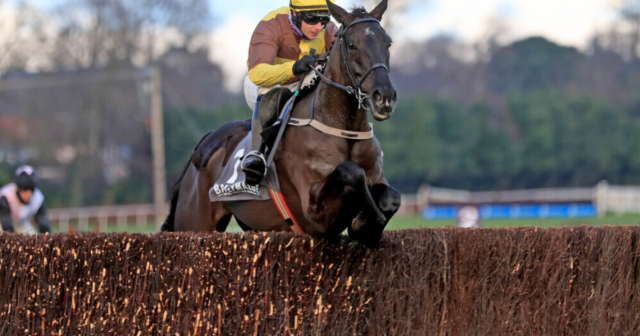 PUNTERS were thrown into a state of panic after Ruby Walsh suggested a huge Cheltenham Festival favourite could be set for a change of course.

Galopin Des Champs has been clear favourite for the Brown Advisory for more than a month.

Punters have been packing out their ante post bets with the Willie Mullins star, who wiped the floor with rivals at Leopardstown over Christmas.

But his price in the Brown Advisory has been sneakily drifting out over the past few days.

There were murmurings the six-year-old chaser could go for a head-to-head with Bob Olinger in the Turners.

Walsh confirmed that option remained very much on the table when speaking on Tuesday.

He told Paddy Power: “Galopin could definitely still run in the 2m4f Turners.

“It will depend on his performance and jumping on Sunday (at the Dublin Racing Festival).

“If he’s spectacular again Willie could definitely think the right road is to take on Bob Olinger.”

Punters who have been banking on Galopin to be one of their certs in their bets reacted with horror at the news.

One said: “This will destroy my ante post bets.”

Another commented: “Everything is going wrong.”

A fellow punter wrote: “Can’t cope with this every week.”

Another commented: “It’s been a bad week for Cheltenham ante post.

Galopin Des Champs was around the 13-8 mark with Paddy for the Brown Advisory but has since drifted to 2-1.

For the Turners Galopin Des Champs has shortened to as little as 11-10 with Sky Bet.

While for the same race Bob Olinger has gone from the same price to 5-4.

All that being said, punters might want to take Walsh’s words with a pinch of salt after what he said about Paisley Park last weekend.

Legendary jockey Walsh thought the fan favourite horse ‘couldn’t possibly win’ the Cleeve Hurdle at Cheltenham after totally missing the start – only to see him surge through and win.