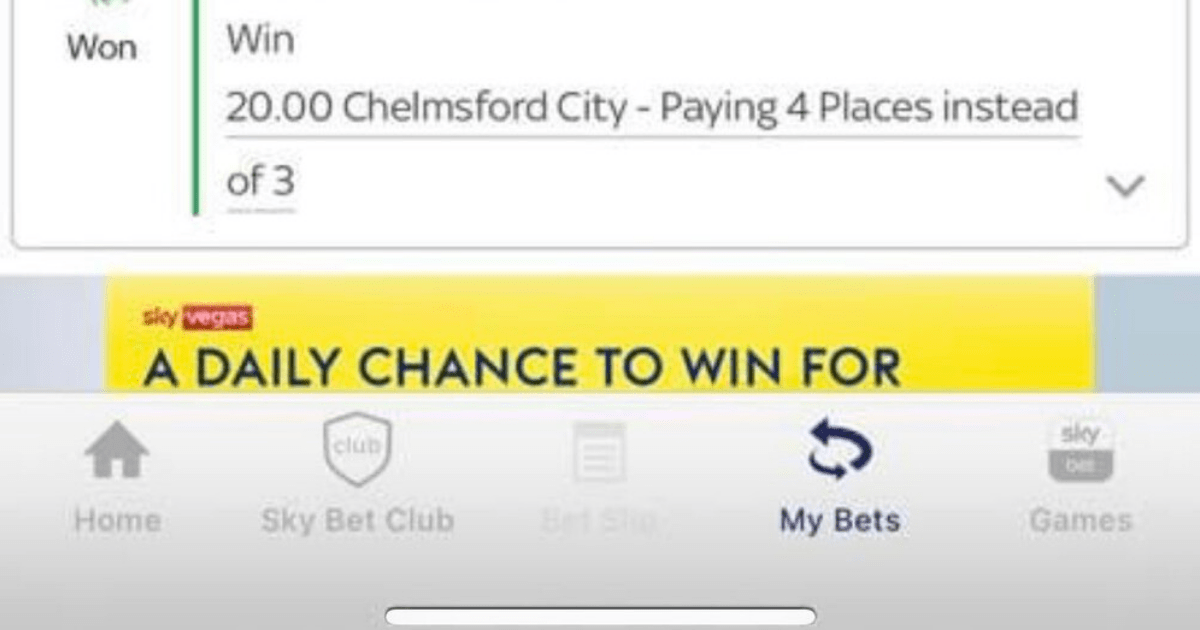 ONE lucky punter was celebrating what they thought was the ‘bet of the year’ after seeing a ridiculous 634-1 four-fold somehow come in.

Christmas presents were sorted for the bettor after they placed just £3 on the monster acca at Chelmsford on Thursday evening.

In-form Kevin Stott banged in 11-8 fav Alafdhal for trainer Phil McEntee in the first leg of the punt at 7pm.

The punter would have had a nervy wait on the straight however as the fog was so bad no one could see what was going on.

And it wasn’t until they emerged from the gloom in the final furlong that it became clear Alafdhal was in front.

Apprentice Rose Dawes used her 7lb claim to good effect in the next when she ran out a length winner over Yimou.

Again, with visibility down to practically nothing the commentator had his work cut out calling the 6-1 triumph for trainer Geoffrey Deacon’s La Roca Del Fuego.

The whole thing almost went down the pan in the next but for a late surge from Miss Belladonna.

Darragh Keenan pulled off a great ride to stay in near to the rail with all the action coming down the middle of the all-weather track.

The Derek Shaw-trained horse pipped 4-1 Spanish Angel to win at 17-2 and roll the punt over to the final leg.

This one was never in doubt with all-weather specialist Mick Appleby saddling 9-4 favourite Michaela’s Boy to an easy win under Jason Hart.

They posted a photo of the winning slip on Facebook and wrote alongside it: “Bet of the year?”

Fellow punters were delighted for their big win.

One said: “Christmas is made, fair play to you.”

While a fellow Facebook user wrote: “Well done, showed some guts to leave it (and not cash out), don’t know if I would have been as brave. Enjoy.”

Did you miss our previous article…
https://www.sportingexcitement.com/horse-racing/ruby-walsh-explains-in-perfect-detail-why-constitution-hill-will-never-be-the-greatest-of-all-time/

In this article:forchristmas, justintime, reckons