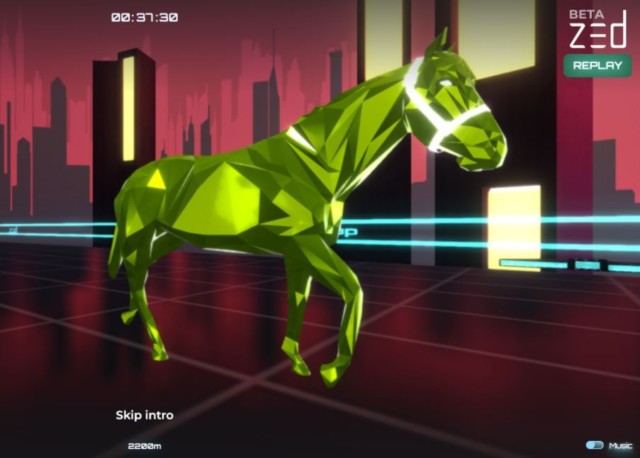 But potential investors beware – one horse called Cristiano Ronaldo proved to be a flop!

People who visit bookies’ websites regularly will know they can already bet on virtual races.

But there is little to no rhyme or reason in these races, where the outcomes are random.

The horses are not linked or judged on past races, and there is no emphasis on progeny or lineage like in real racing.

But all that has changed with the introduction of Zed Run, a brand new digital racing platform that very closely mirrors the real thing.

The horses can be bought and sold just like in real life, but exist only digitally.

NFTs are a form of digital currency, and are already proving widely popular in the music industry, with people also selling GIFs, videos and images.

But the horses on Zed Run are unique because they are what the creators have called a ‘breathing NFT’.

The horses line up in the stalls for the virtual race

Winners’ enclosures have not made their way into Zed Run yet

NEWS: Horse racing is now part of the #NFT space @zed_run is a horse racing game that offers users the chance to build a stable through buying, selling and breeding digital racehorses. It races, it has genes it passes on, and it lives on an algorithm so no two horses are the same pic.twitter.com/KIi5VyMWJa

Roman Tirone, the head of partnerships at Virtually Human, the Australian company that created Zed Run, told the New York Times: “The horse can breed, has a bloodline, has a life of its own.

“It races, it has genes it passes on and it lives on an algorithm so no two horses are the same.”

Owners can even send their horses to a virtual stud where, erm, we’ll leave what goes on there to your imagination. 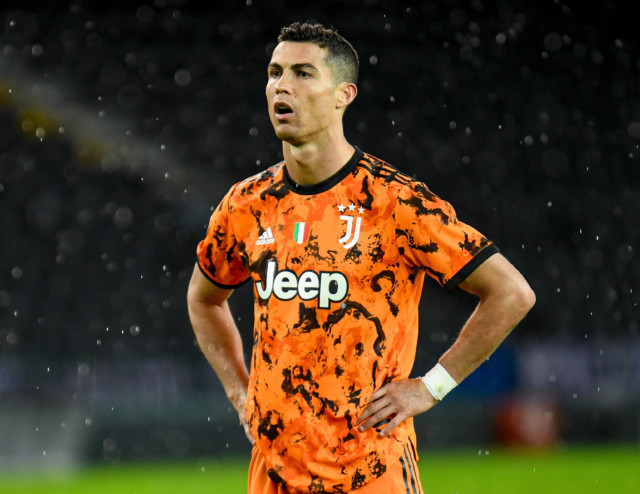 But despite being a new market, it is already proving incredibly lucrative.

That is an increase of more than 7700 per cent.

What makes Billions so sought after is the fact it has a one-of-a-kind colour, called ‘fortune’.

Buyers beware though, it’s not all good news.

One horse who proved a flop in the findings was named after arguably the greatest footballer in the world.

But fear not because the market in the world of Zed Run is constantly moving, and these horses represent just some of the most noticeable ‘stable’ shake-ups in April.

For a look at the sort of money that can really be made, just take the case of one gamer who sold an entire stable for £181,526. 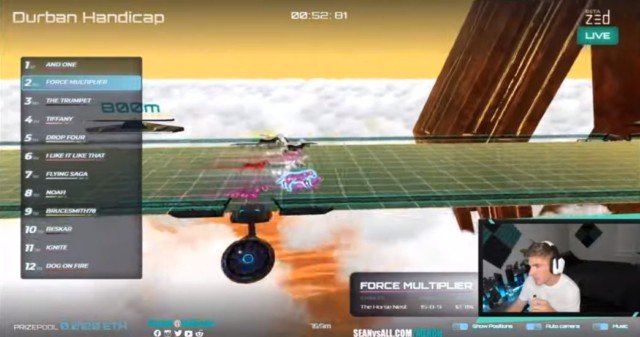 Owners live stream the action for others to watch

So, how do the races work?

Well, different to real life where you can have a 40-runner Grand National and a three-runner sprint, every race on Zed Run has a 12-horse limit.

The runners are based on each horse’s qualities and how it has fared in the past, with contests being graded like in the real world, with a Group 1 the best and working down.

An algorithm then runs 10,000 random outcomes and chooses one as the result of the race.

Racehorse ‘owners’ can then watch their horse in action, with the option of buying-in to a race and winning the pot.

Of course, potential investors should be wary though.

Digital currency is a notoriously volatile market and there is the chance the horses could be worthless in the future.

One punter told the Times: “This is either going to be the smartest or stupidest thing I’ve ever done.

“I’ll either buy a house with the money I make from it or never show my face for a year.”