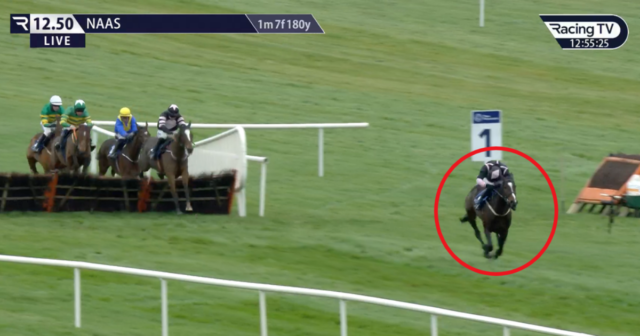 Paul Townend was among those cracking up at the name of the filly, who is in the yard of genius Irish trainer Willie Mullins.

Former Love Island star Frankie Foster previously warned punters to be careful when searching her form on google too.

Townend, top jockey for Mullins, was in conversation with former Premier League striker Kevin Doyle when they got to the topic of Brandy Love.

Doyle, who starred for Reading and Wolves but has turned to breeding horses since retiring, asked Townend about some of his rides at the upcoming Cheltenham Festival.

He said: “Do you have any outsiders or one that’s not as well known that you’re looking forward to riding?”

Townend manages to reply, “Brandy Love is one that I look forward to, uh…” before bursting into laughter.

The six-year-old has won two of her three races under rules, including a most-recent ten-length rout at Naas on December 16.

The Racing Post said she is one to ‘get a little excited about’ after her 2m win under jockey Townend.

Brandy Love is owned by Salford businessman Mike Grech, who bought the horse for £200,000.

Powerful owner Grech was previously with Stuart Parkin and the duo had runners in training with Nicky Henderson.

More recently he has linked up with Henrietta Knight and sent horses to Mullins, Gordon Elliott and Joseph O’Brien. 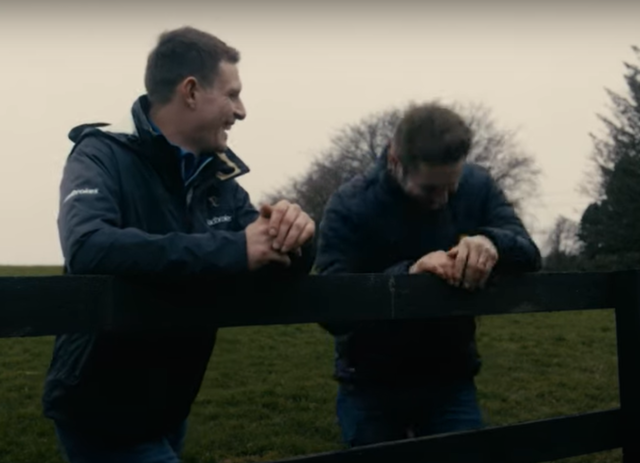 Townend, left, had Doyle cracking up when he mentioned the horse