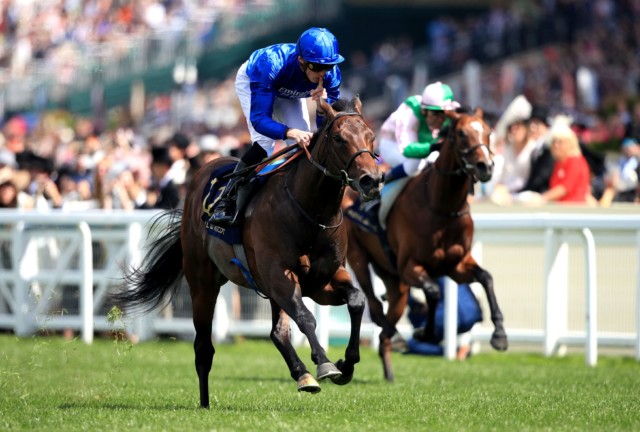 THIS year’s long-awaited QIPCO 2000 Guineas could see a real superstar emerge from the race.

Charlie Appleby’s Pinatubo was simply sublime in his two-year-old season and is odds on to land the first Classic of the season.

Pinatubo will take all the beating on Saturday at Newmarket

The QIPCO 2000 Guineas will be run on Saturday, 6th June.

The 2000 Guineas is a Group 1 Flat race run at Newmarket racecourse. It is open to three-year-old colts and fillies (although fillies usually run in the 1000 Guineas).

It is the first of Britain’s five ‘Classic’ races, and is the first leg of the Triple Crown, followed by the Derby and St Leger.

The race is run over a mile.

Who is running in this year’s race and what are the latest odds?

The race will be broadcast live on ITV1 this Saturday.

What are the top tips for the race?

We’ll let you know who our tipsters fancy as soon as we have their selections.

Did you miss our previous article…
https://www.sportingexcitement.com/horse-racing/phil-kirbys-december-second-fatally-injured-at-newcastle-as-sport-suffers-blow-on-comeback-meeting