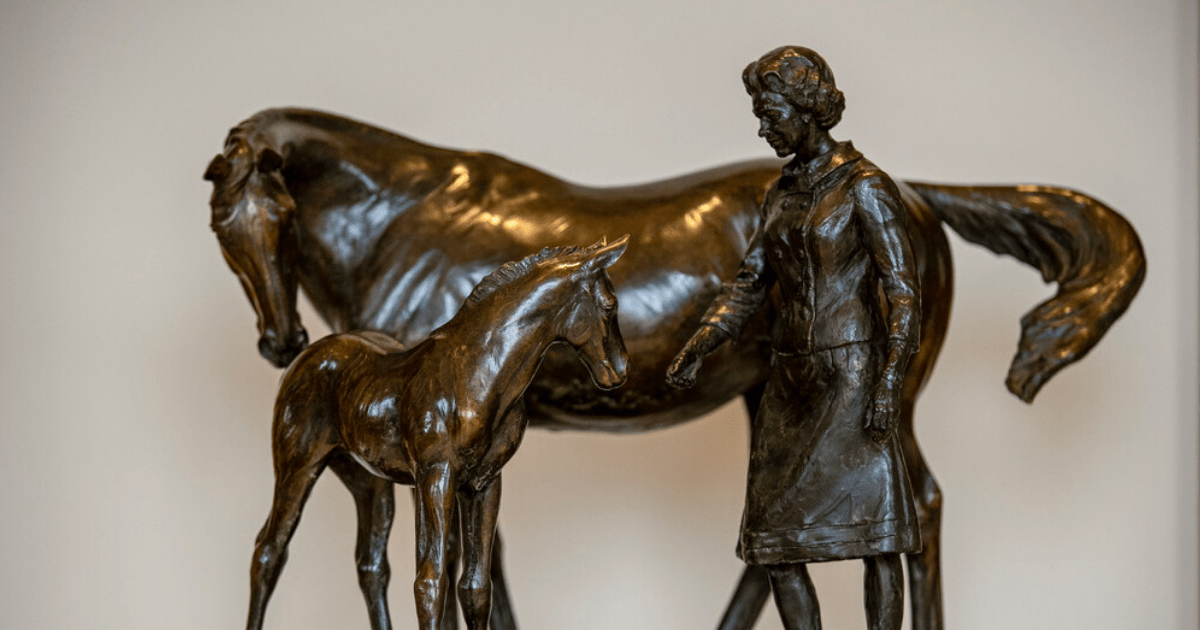 A BRONZE statue of Queen Elizabeth II has been sold for £173,250 to a racing-mad businessman who was a ‘great admirer’ of the late monarch.

Loaded Hong Kong-based entrepreneur Marc Chan has revealed the incredibly touching reasons why he paid the six-figure sum at auction.

The bronze statue was sold for more than £173,000 to racing-mad businessman Marc Chan

The late Queen admires the real-life statue at Newmarket racecourse 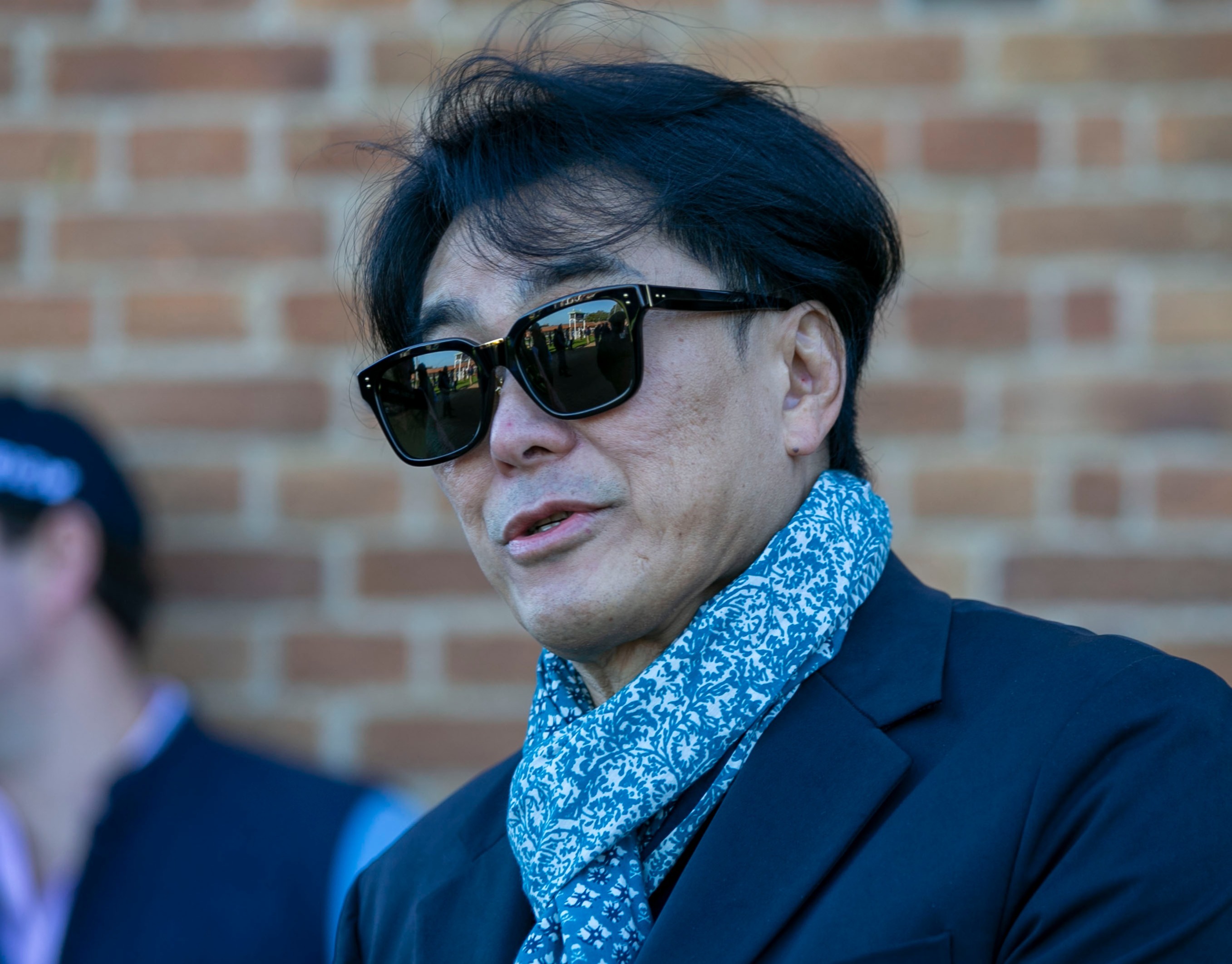 The maquette, sold at Tattersalls in Newmarket, showed the late Queen with a mare and foal.

The statue, which measured 60cm x 45cm x 40cm and of which only 12 were made, was a scale model of the real-life version which stands at the entrance to the Rowley Mile racecourse in Newmarket.

Chan, a big fan of our country’s longest-serving monarch and top quality owner of thoroughbreds, paid the huge fee on Monday.

And it turns out the route and timing of the Queen’s funeral cortege had special significance to him.

His horse Kinross was winning a race at Doncaster at the same moment the late monarch’s cortege passed through the Scottish town of the same name on its way to lie in state.

Jamie McCalmont, who bought the statue on Chan’s behalf, said: “There were three reasons Mr Chan was so keen to acquire the maquette.

“On September 11, the funeral cortege bearing the Queen’s coffin was making its way from Balmoral to Edinburgh.

“As it passed through the town of Kinross, the horse Mr Chan owns of the same name was winning at Doncaster.

“Secondly, he was a great admirer of the late Queen Elizabeth, with enormous respect for her and her devotion and love of horseracing, and as patron of the National Horse Racing Museum.

“He had seen and admired the maquette on display in the gallery and also another one in private ownership while visiting Newmarket, and was very taken with the bronze.

“Thirdly, he had visited the National Horse Racing Museum over the summer with his family and had been so impressed with the venue, the exhibitions and the staff, particularly enjoying the horse equicizer, and was really keen to show his support for the organisation.”

“This is a very heart-warming story that even in death the Queen is still one of our greatest supporters.”

In this article:queenelizabeth, reveals, sells