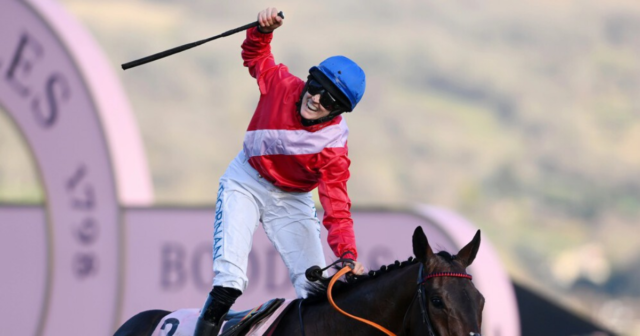 RACHAEL BLACKMORE showed she is the undisputed Queen of Cheltenham by becoming the first woman ever to win the Gold Cup.

The superstar Irish jockey, 32, left her rivals miles behind on 3-1 favourite A Plus Tard – with Sir Alex Ferguson’s horse coming third. 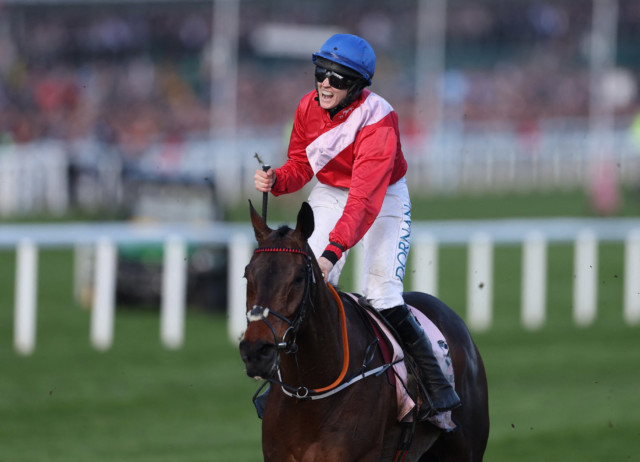 It continues Blackmore’s fairytale rise from this event last year, when she infamously gave up the ride on winner Minella Indo.

She got revenge this time though, surging clear on the Henry de Bromhead-trained chaser to win by 15 lengths.

And it marks more history nearly a year on from her becoming the first woman to win the Grand National.

Minella Indo finished second at 7-1, while Fergie could at least celebrate a big pay cheque for Protektorat coming third at 10-1.

Blackmore said: “I don’t know what to say, I just can’t believe it.”

It was at this meeting last year that Blackmore, the ‘reluctant’ icon of racing, truly announced herself on the world stage.

She became the first woman to be crowned top jockey.

The Aintree victory on Minella Times capped off a remarkable rise – and it shows absolutely no signs of slowing down.

And after her latest career-defining win, she added: “I am so lucky to get to ride all these horses. You can’t do it without these horses.

“Being attached to Henry’s yard is unbelievable. I don’t know what to say.

“I wouldn’t swap the Grand National for anything but this is the Gold Cup.

“I wish I had something better to say but I just can’t! I can’t explain how lucky I feel.”