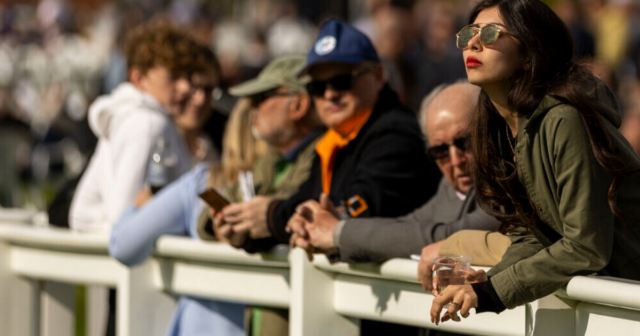 That was the aggravating yet entirely predictable reply of the parking warden who gave me a ticket this week, despite my best efforts trying to persuade him not to.

I was two minutes over my pay and display time – heaven forbid – and he had clearly been hanging around my car like a bad smell waiting for the clock to strike 11.03.

I pleaded my case and probably didn’t help myself by dropping in a few non-repeatables, but with a shrug of his shoulders he was on his merry way and I was £30 worse off.

The “it’s not my problem” mindset appears to have seeped into racing recently, too. Though some would argue it’s always been there.

The racecourses seem to be particularly guilty, on any number of fronts.

Last week, I highlighted the shocking slump in attendances at both the mundane and the marquee racedays so far this Flat season.

Track chiefs are apparently not-for-budging when it comes to high ticket prices and expensive food and drink.

I’ve no doubt the sport would see an influx of punters by making it a fiver to get in, but I’m almost certainly flogging a dead horse on that front.

Thankfully, there is a band of loyal souls who go racing every day of the week.

I’m talking about the older generation, who love nothing more than a punt and a packet of chips at their local track and who largely prefer to deal in cash.

But recently ARC, the Jockey Club and some large independent tracks like Newbury stuck two fingers up to them by going cashless.

Cash should always be king on the racecourse, but track bosses reckon it is just too much hassle for them to deal with.

There have been plenty of complaints from older racing fans (two people have written to me this week expressing their concerns) who either don’t feel comfortable taking a card to the races or who don’t even own a card at all.

The racecourse response: “Am I bovvered?”

It seems a strange time to alienate a large group of racegoers when crowds are on their arse, but what do I know?

Apparently, it’s also not the BHA’s problem that a horse, who had shown virtually zero ability in his career, suddenly turned into Pegasus to land a huge gamble at Kempton.

I Doubt That had been beaten a total of 173 lengths in six Irish starts – with form figures of 009000 – before making his British debut for Jimmy Fox.

It is normally common practice for the stewards to haul in the trainer and, as a bare minimum, ask them to explain such an improvement form after these sorts of results.

According to the stewards’ report, they didn’t even bother to ask the question.

It’s like the police not batting an eyelid at Ronnie Biggs as he strolls past with a bag of loot.

The gamble did come in the last race, in fairness. Maybe the stewards were out in the car park warming up the Bentley before the drive home (I briefly worked in stewards’ rooms and that actually happened once).

Frankie Dettori will ride Piz Badile in the Derby next month

It’s definitely not Frankie Dettori’s problem that he is ‘jocking off’ young star Gavin Ryan on Piz Badile in the Derby.

There was a pretty strong reaction on social media to the news, and it will no doubt have been a kick in the teeth to the former Irish champion apprentice.

Ryan, 22, has ridden Piz Badile in each of his three starts so far, but come on, this is Frankie Dettori we are talking about.

If the Italian is available for the greatest Flat race in the world you need to snap him up quicker you can say ‘mamma mia!’.

He is still riding as well as ever at the ripe old age of 52 and, if anything, I think the booking of Dettori gives Piz Badile a greater chance.

Many of you will disagree, but that’s not my problem.