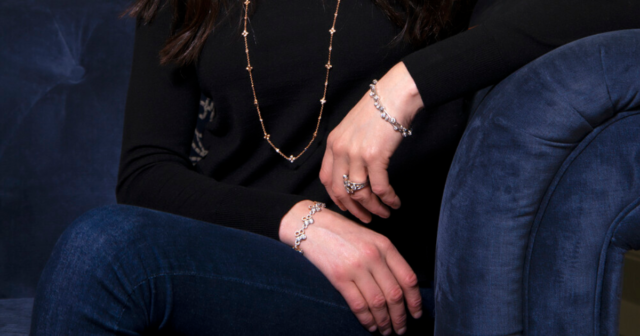 RACHAEL BLACKMORE ditches the parade ring for bling as she models this incredible £66,000 diamond stunner.

The Grand National-winning jockey showed off the incredible piece of jewellery as Boodles was announced as the sponsor for the Cheltenham Gold Cup.

Blackmore, 32, made history as the first woman to be crowned top jockey at last March’s Festival.

She will defend her title when this year’s showpiece kicks off on Tuesday, March 15 before aiming to win the world’s most famous race for a second time the following month.

But Blackmore looked a million miles from the mud-spattered jockey she often does when riding yet another winner back into the enclosures.

She modelled the jaw-dropping luxury Boodles pieces as part of a glamorous shoot celebrating their links with the Festival.

And the rock on her finger appeared to be the Raindance 20th Anniversary Mega Ring made by Boodles.

Blackmore looked to have paired the ring with what appeared to be the £29,900 Waterfall Platinum Double Bangle on her left wrist.

On her other hand appeared to be the £31,200 Be Boodles Large Rose Gold Platinum Diamond Bracelet.

Blackmore wore two further dazzling items around her neck – but it’s the one small Gold Cup she really wants come the final day of the Festival.

The Irish jockey gave up her ride on eventual winner Minella Indo in favour of runner-up A Plus Tard.

Boodles succeeds children’s charity WellChild as the sponsor of the race, although the fine jeweller will donate a piece from their ‘Raindance’ collection to auction to support WellChild as part of their ongoing support.

Nicholas Wainwright, Chairman of Boodles, said: “announcement expands a multi-year partnership, starting with our sponsorship of the Leading Jockey Award at The Festival, then the Boodles Juvenile Hurdle and now the Boodles Cheltenham Gold Cup itself.

“Our involvement and sponsorship of the Cheltenham Gold Cup is a perfect fit for us and we are going to enjoy the journey.”

Ian Renton, Managing Director for Cheltenham Racecourse and The Jockey Club’s West Region, said: “It is wonderful to enjoy this association with Boodles, such an iconic British brand, at Cheltenham and we are very proud to see this partnership expand to take on the most prestigious jump race in the world.” 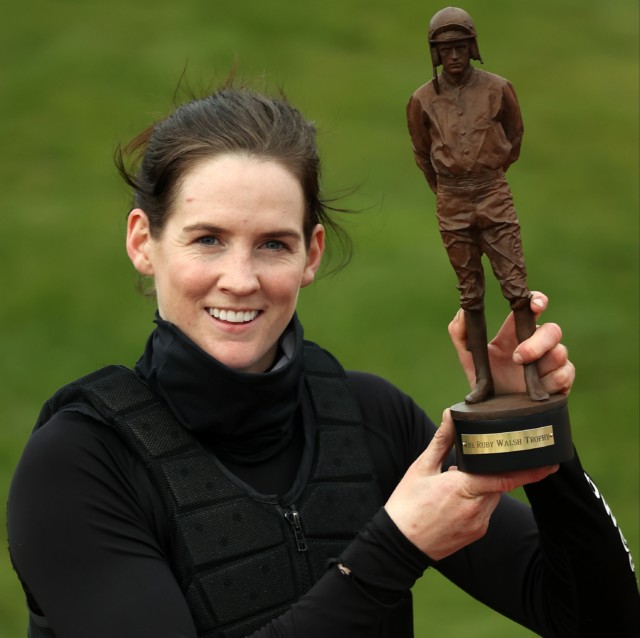 Did you miss our previous article…
https://www.sportingexcitement.com/horse-racing/nicky-henderson-reveals-regret-with-shishkin-after-beating-energumene-in-all-time-classic-at-ascot