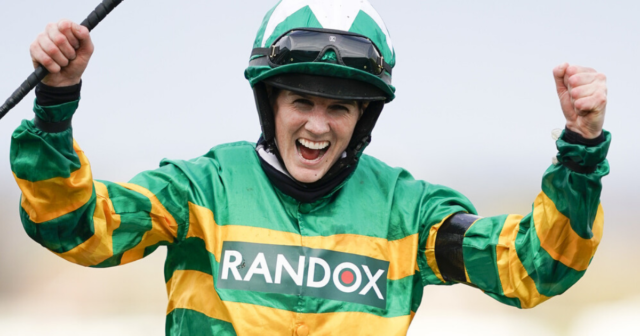 BEFORE Rachael Blackmore became the standout superstar of racing, she had to get the better of a Shark.

Or, more accurately, she had to convince legendary Shark Hanlon to give her a go in the saddle.

But it may never have happened at all were it not for a call from her boyfriend Brian Hayes.

A new documenatary has explained Hayes’ role in getting Blackmore her big break.

Blackmore was still looking for her first win and, in truth, just any ride at all, when she got in touch with John ‘Shark’ Hanlon about an upcoming race in 2011.

Shark had the promising Stowaway Pearl entered in a Tipperary Ladies’ Handicap Hurdle at Thurles in Ireland that February.

But the trainer snubbed the future heroine of the sport, saying he was already fixed for a ride.

The truth, according to what Hayes says in Rachael Blackmore: A Grand Year, was rather different.

He said Shark was in fact thinking of scrubbing the horse completely because he couldn’t get ‘anyone good’ to ride it.

That’s when Hayes took matters into his own hands and transformed Blackmore’s career.

Hayes, also a jockey, said in the show: “I remember being in the yard and Shark saying to me he’s not going to bother running that horse in that race because he can’t get anyone good to ride it. 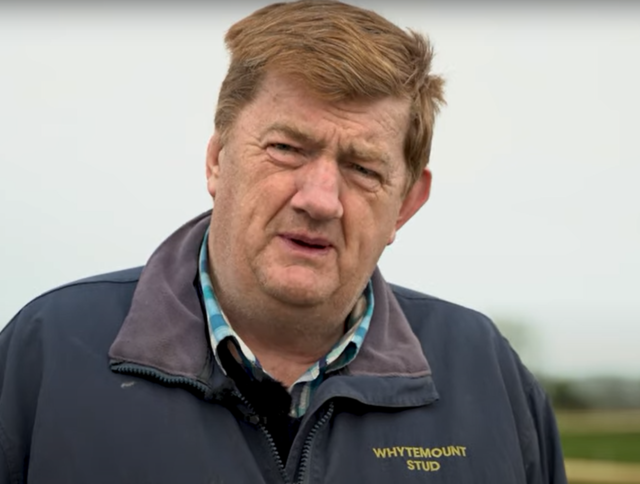 The Shark aka Joseph Hanlon initially snubbed Blackmore, only to see her win on his horse and kick start her career

“So I rang Rachael myself and said Shark’s running a horse there and we can’t get anyone to ride it, maybe she can give him a ring.”

Hayes explained Blackmore’s version of events – where he turned her down – and added: “He just said that because he doesn’t know you.”

Hayes told Blackmore to try again, and she got in touch with Grand National hero Davy Russell.

He, along with Hayes, helped convince Shark to give Blackmore a go.

It proved wise, as Blackmore won the race and started out on her path to superstardom.

The Irish jockey will look to repeat her heroics of last year when Cheltenham Festival rolls around again in March – and is already odds-on to win the Champion Hurdle with Honeysuckle.