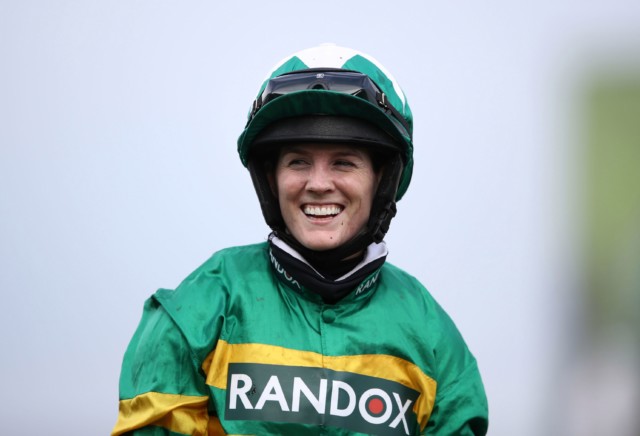 CHARLOTTE BREW blazed the trail for Rachael Blackmore as the first-ever woman jockey to take part in the Grand National.

And Brew admitted she was in tears as Blackmore rode into the record books as the first female winner 44 years later.

Brew made history in 1977 as she partnered Barony Fort in the race, just two years after a ban on women riding in the National was lifted.

She got as far as the 27th fence, where the horse refused.

And she faced stinging  criticism from some at the time, including Red Rum’s trainer Ginger McCain, but helped pave the way for Blackmore and Minella Times’ memorable win on Saturday.

Now 65, Brew roared on  Blackmore, 31, from her Somerset home with her three daughters.

She said: “On Saturday morning one of my daughters asked me if I thought a woman would ever do it.

“I said, ‘Probably at some point, but it’s easier said than done’. There were only three girls in the race on Saturday and 37 men.

“I must admit I had a lump in my throat for a good while after the race, I was very emotional. It was just brilliant and  fantastic in so many ways.”

The 1977 race was dubbed Charlotte’s National on the front page of the Sun in the lead-up to the historic moment.

Brew raced in 1977, two years after a ban on women riding was lifted

Brew even booted Elvis on to page three, something she still laughs about today.

She said: “I still have that page printed and hanging on my wall today. I was briefly more famous than Elvis! We were all cheering Rachael on, it was absolutely fantastic.

“She was brilliant. She’s such  a wonderful jockey, it was so  well deserved.

“When you think of how many different jockeys have tried to win the National, some haven’t even got  round and she’s done it so soon.

“But afterwards she was brilliant too, she dealt with the moment perfectly.

“She’s so unassuming and that’s another big difference between now and my day.

“It’s important to say the right thing and you have to respect her so much for being able to do it when everyone is so emotional. 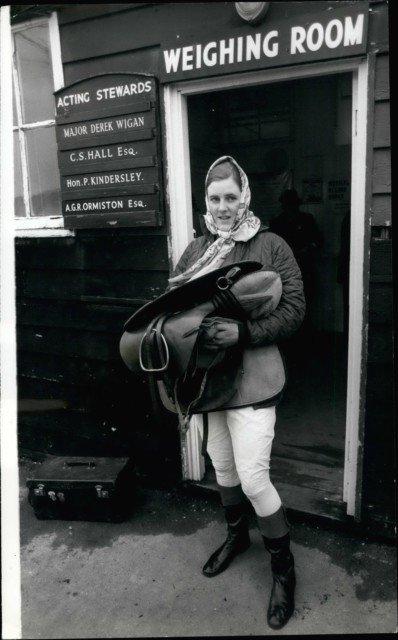 “She was saying hopefully it’ll become the norm and that it’ll stop being that she’s a female jockey.

“To be honest I think it will always be unusual to have a woman at the top of jumps racing, but she is amazing.”

The National may be a completely different prospect from the daunting task Brew faced as a 21-year-old.

But that does not stop her from respecting what Blackmore has pulled off.

She just wished there had been a sellout  Aintree crowd present to witness it unfold.

Brew said: “It’s such a change looking back to my day and then to now. I have to accept I was relatively inexperienced, it was different in those days.

“You wouldn’t  recognise the place any more, let alone the course. I went back there when my  children were little as I wanted to show them the fences. 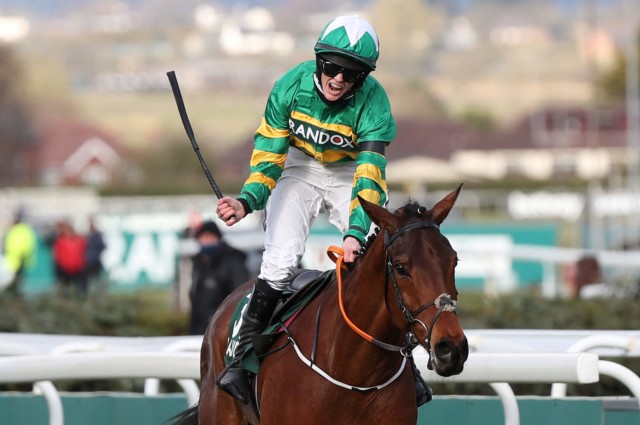 “It’s amazing there now, the stands and everything are huge. It was a massive shame there was no one there, as that was such a  historic moment.”

It all comes less than a month after the daughter of a teacher and dairy farmer was crowned top jockey at the Cheltenham Festival.

Blackmore’s six winners, including Honeysuckle in the Champion Hurdle, shot her into the mainstream.

So could the Blackmore factor inspire more women to take up the sport? Brew thinks so.

She added: “When you consider this is all just a few weeks after Cheltenham too. One day there she had two winners but also three falls.

“That in itself is amazing and I think it helps sum her up, to bounce back like that.

“There’s always been plenty of females in the sport but not at the top of it. Hopefully this gives them that bit of a nudge to push on.

“Nina Carberry, Bryony Frost and Katie Walsh are all brilliant too and Rachael has shown everyone it can be done.”